Redesign of Times Square: Granite benches serve not only as seating but also as a place to lean on, from which to enjoy the view, or corner the limelight 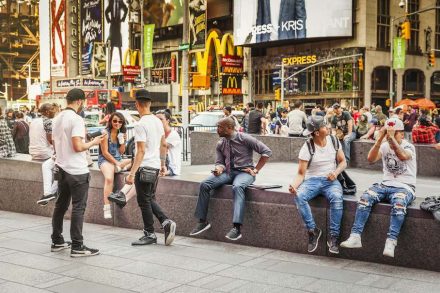 „Suddenly Times Square seems spacious, I could meander, look around, breathe“, wrote a Wired Magazine journalist when reporting on the redesigned Manhattan Times Square, was completed in 2017. It banned car traffic from parts of Broadway; a central role in Snøhetta Architects’ concept is taken on by the granite benches: they section the plaza, frequented by some 330,000 a day, into different zones and created communal space.

Judging by all that has been written since completion of the 55-million-US-dollar-project, the concept upgraded the plaza and created a blank canvas for the community’s interests. Snøhetta shaped the square according to the needs of the people who use it. 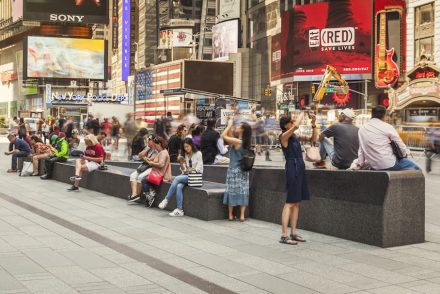 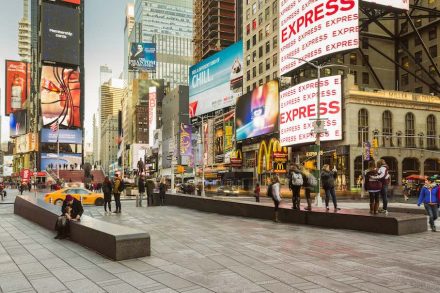 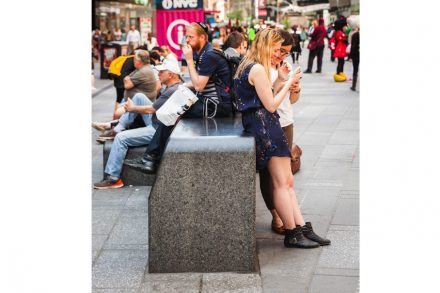 The benches in the public spaces: these usually serve the purpose of providing seating but here they serve to create a type of cultural hub and invite pedestrians to meander, look around or lean up against one of the nooks provided. 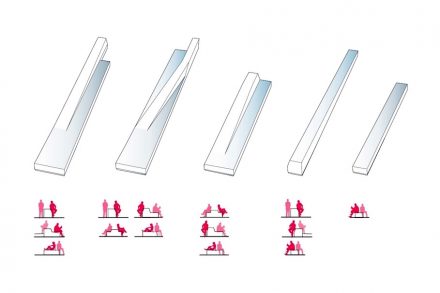 Snøhetta’s benches are 15 m long. Some are long labs, others have nooks, each encouraging a range of sitting postures in zones of various elevation and widths. There are five different types of benches in the plaza’s concept. 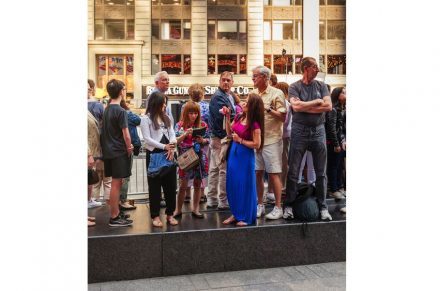 The photos show how people use the space. Sometimes one of the ten benches is crowded with people – some people stand and observe, others want to be observed.

„One of the metaphors that was used in the design process was this idea of Broadway and Times Square as an ever-changing theater set,” says Tom Tompkins, President of the Times Square Alliance. 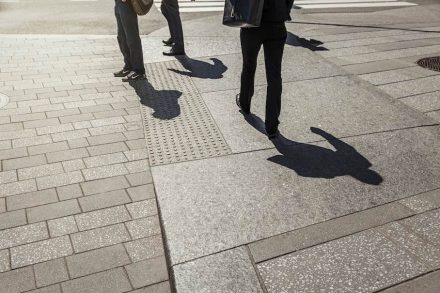 The paving also reflects the planner’s objectives. Snøhetta used dark concrete slabs of a variety of sizes. They provide rhythm and create quiet zones or areas of increased attention. 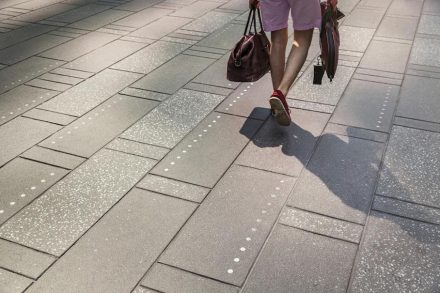 The paving also intensifies the stage-like feeling of Times Square: being quite dark, they make the lights of surrounding advertising panels seem even brighter. The integrated round steel disks appear as small spotlights. Some of the paving elements bear light spots.

Terrorist attacks and traffic-induced violence are warded off by a number of unobtrusive construction measures such as stainless steel pilons which have already proved effective after an incident in May of 2017.

But back to the theater: The benches feature electrical outlets and provide a basic infrastructure for any number of events.

Duffy Place, the northern triangle of Times Square is the home of Spotlight on Broadway, a multimedia project to celebrate the legacy of Broadway and its forty theaters, and show their position in the Bowtie-Triangle. The installation was bestowed with the Pinnacle Award of the Marble Institute of America (MIA) in 2015. 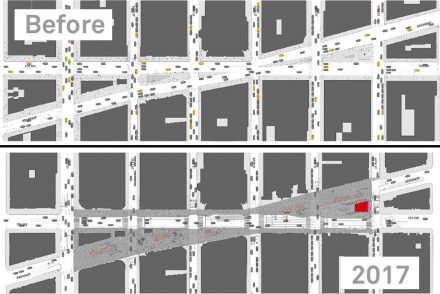 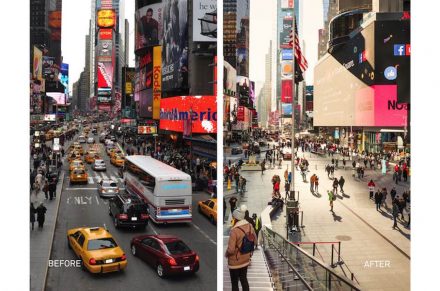 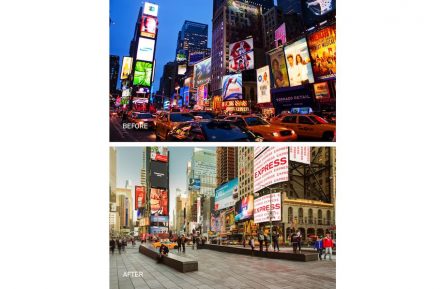 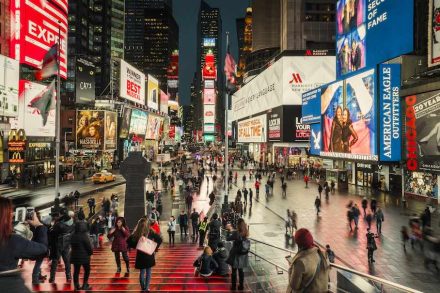 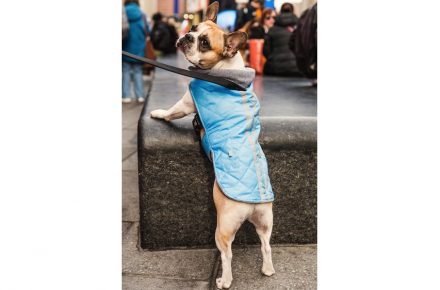