A new role for stone: in Cologne, Germany heavy elements from the cathedral’s Gothic façade protect the building 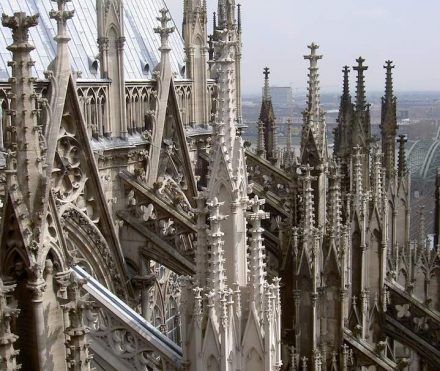 After the terror-attack in Spanish Barcelona with a van, the city of Cologne in Germany has placed heavy stones in some of the narrow streets which give access to the cathedral. The elements are historical pieces from the building’s façade and were stocked in the Dombauhütte which is the stonemasons’ organization taking care of restoration of the landmark.

The unusual usage of stone elements in Gothic style also has a symbolic meaning. „Our cathedral protects the people”, says Monsignore Robert Klein, a representative of the Cologne diocese.

As mayor Henriette Reker explained, the goal is to increase security in the city without falling into actionism. „We want to maintain our lifestyle and not barricade ourselves.”

The stone bollards are from the pinnacles, which in large numbers adorn the façade of the cathedral. They sit, for example, in and at the end of buttresses not only giving the construction an expression of lightness but contributing with their own weight to the statics. Several individual elements are placed one above the other so that the pinnacles can be some meters high.

All over Europe, many Christian Churches and also Muslim mosques have increased security levels.

Expert says: stone bollards are too light, without effect (German)

Similar elements can be found on Stone-Ideas.com with the search word „street furniture“ 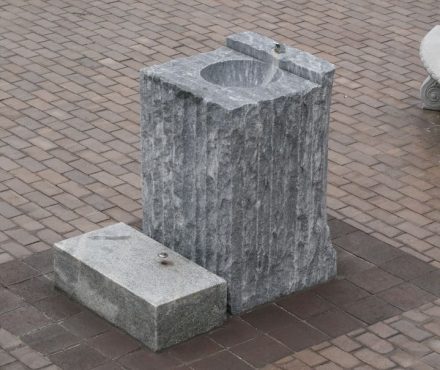