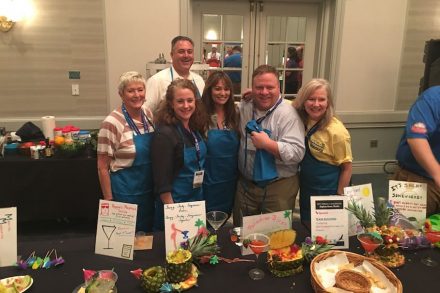 The US-Natural Stone Trade Organization arranged a team competition for its members, which went a long way toward promoting the Organization

When we read that MIA+BSI had organized a cooking competition at its Convention in April 2017, the first thing that came to mind was that the current White House kinder garden-trend had overtaken the stone branch and the world was going to hell in a basket.

But that is not the case. On the contrary, as a closer look reveals. Whereas the White House participants are amateurs admittedly acting in a big production (as of the editorial deadline in September), the „Team Challenge“ was organized as a playful, entertaining event in which members of the natural stone branch pursue objectives effectively and unobtrusively.

The proclaimed objective of the Challenge, to concoct a sauce and a drink as well as a marketing concept to boost their sale, was but a pretext.

Let us play the know-it-all – a role which suits us Europeans well – and let us look at the case from a theoretical point of view.

A trade organization is an entity with, per se, has no function of its own. Its members are competitors, often persons with various gradients of success and temperament. So it is difficult to find a common denominator let alone picture members as a powerful entity.

With this background knowledge, BSI (Building Stone Institute) has organized during its Conventions a „Team Challenge“ since 15 years for attending members. 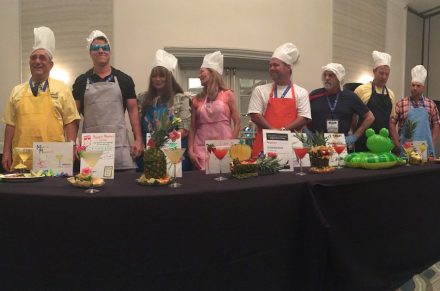 Past themes were, among others, a historical scavenger hunt in Charleston, SC; a Cowboy Rodeo in Austin, TX; Beach Olympics in Puerto Rico; a Mob Museum scavenger hunt in Las Vegas, NV; or a corn hole toss tournament in St. Pete Beach, FL.

According to Jane Bennet, Executive Vice President of the BSI and mother of the Challenge, entertainment and having a good time is always the main objective. But a welcome side-effect is that attendees got to know each other. In fact, close friendships have even been established at past conventions.

She adds: there are „many talents among our members”. The statement could be seen an expression of tender loving care by the head of the Organization. But what she means to say is that members can be animated to participate.

But, as the White House example demonstrates, it is not enough to gather a number of business people to an event. The group must pursue a common goal. 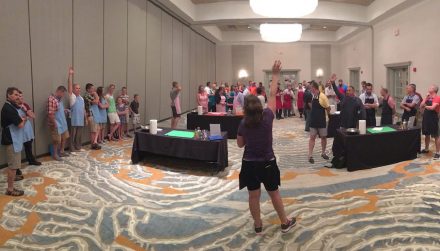 BSI buys outside help for its „Team Challenges“, i.e. companies specializing in creating and organizing team events and who, e.g.: wash up after the event is over.
The jury, too, was provided by the organizing company – in the case of the cooking competition, the jury was made up of the venue-hotel’s Chefs.

Self-organization within the teams was the first step toward self-recognition according to Jane Bennet: „Each team selects a captain and usually assigns a task to everyone. It is best when everyone participates.“

In a mail she points out: „But it is all in fun“ and one can almost picture her holding her belly laughing.

She is convinced that the costs are a worthwhile investment as could be seen during the recession, when BSI made do without events. „Members really missed it. And so did I“, she writes.

The winner was the team with the „Tangy Tacky Turquoise Salsa“ and tequila to wash it down. 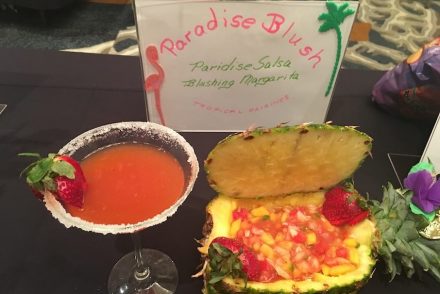 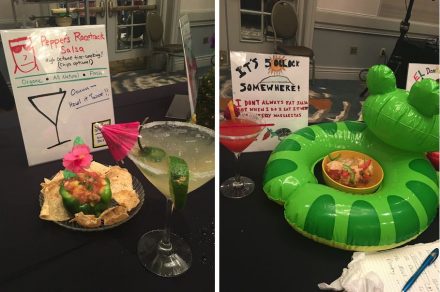 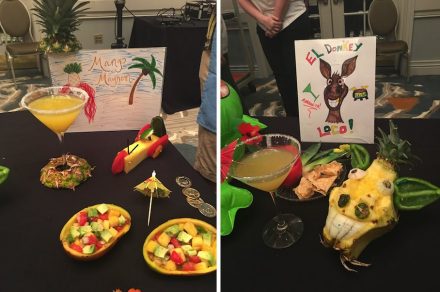 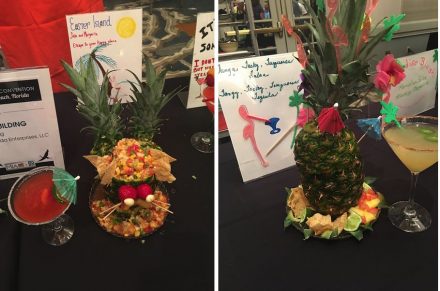 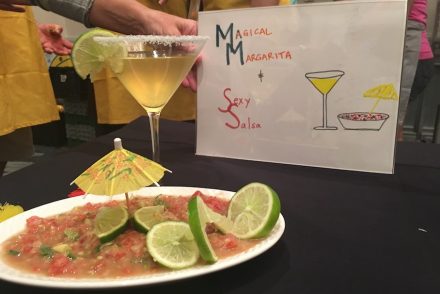 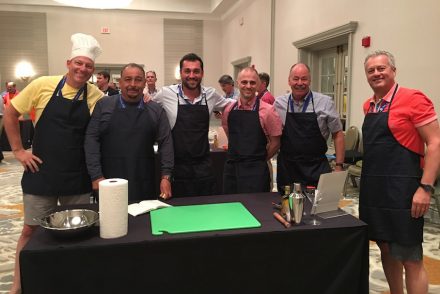 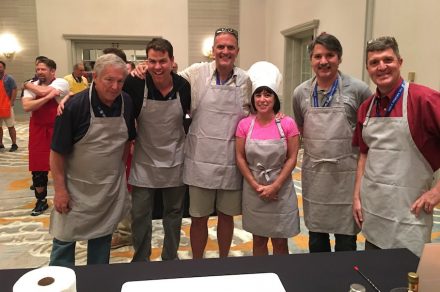 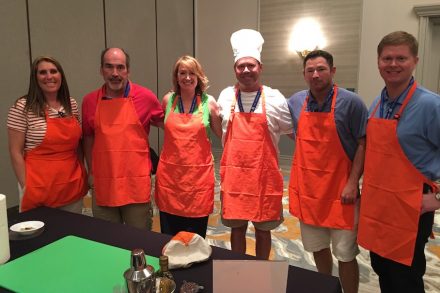 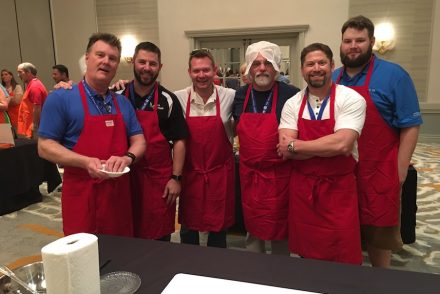 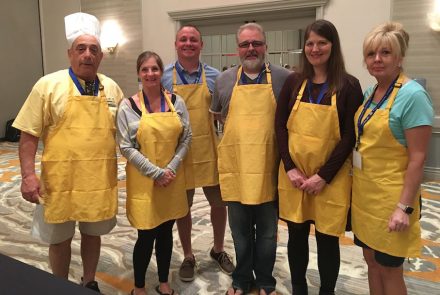 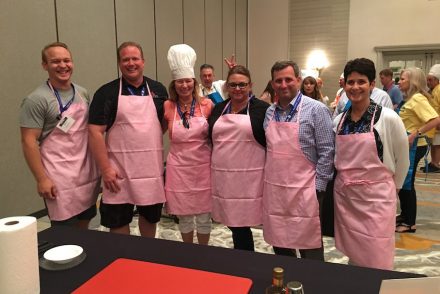 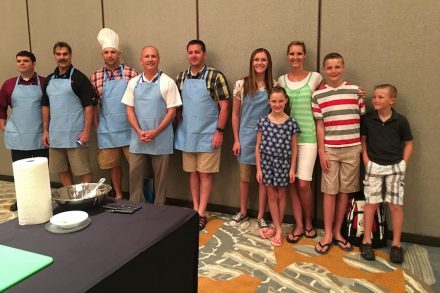 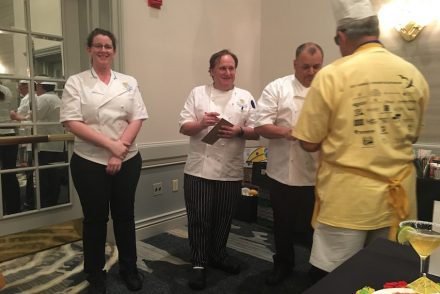 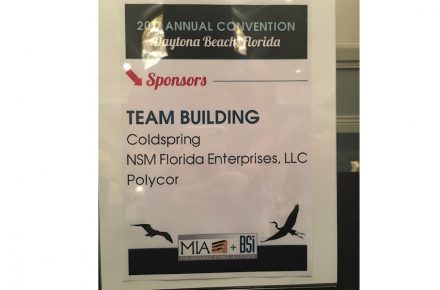 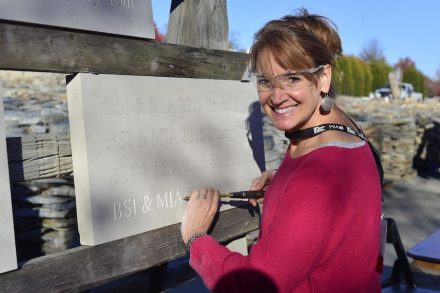