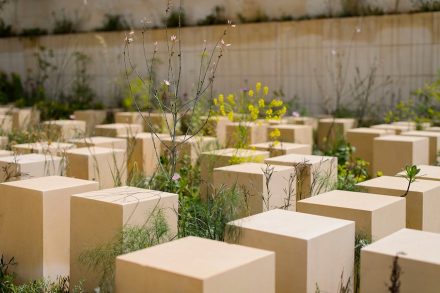 With the aid of indigenous Maltese limestone and plants, landscape artists show how nature is reclaiming a habitat

Great Britain’s Royal Horticultural Society’s (RHS) Flower Shows are all about floral opulence and design as the name would suggest. But the main prize at the Chelsea Flower Show in London was awarded for a project in an entirely different area: M&G Garden emulated an abandoned Maltese quarry importing high temperatures and arid conditions to the Green British Isle.

The Project was also meant as a call for careful and responsible interaction with the environment.

Scape Design’s James Basson was responsible for landscaping. Stone for the installation was provided and worked by Halmann Vella Company. Horticultural work was carried out by Crocus Company. The name of the garden came from Investment Company M&G, a sponsor of the Chelsea Flower Show. Not only did the installation receive the gold medal: it also won a distinction of excellence for the Best Show Garden and Best Construction. 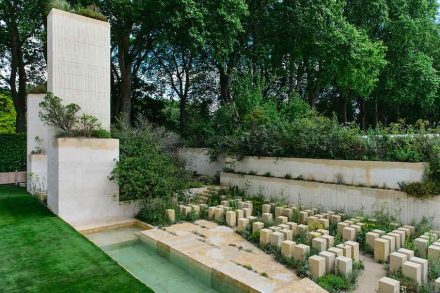 Using small blocks of the Maltese limestone, a miniature quarry was reconstructed to look like the site where masses of stone were once mined. Some of the blocks were stacked one on top of the other lending the appearance of a stone wall. The surface was scored with marks reminiscent of gouges caused by heavy machinery.

The over-all theme: see how nature reclaims its natural habitat. The Telegraph cited the planer and designer James Basson: „Quarries are potentially the most damaging thing you can do to a landscape but nature has the most amazing ability to grow in the cracks and crevices, creating a world which has been manmade and yet regained by nature.“ 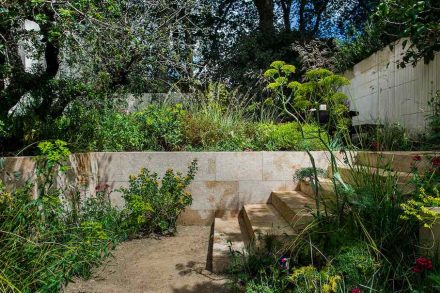 Indigenous Maltese and Gozo flora used and, with special permission of the local government, exported for the display. The plants were chosen to demonstrate sustainability of plantation. „Instead of putting in huge plants for short-term gain, we like to use lots of small plants that over the long term will thrive and endure without too much maintenance.“

The plants had been imported one year earlier for acclimatization in Southern England.

RHS Chelsea Flower Show is seen as one of the most important event of its kind world-wide and is attended by some 150,000 visitors including Royal representatives.