Leading stone companies from Spain and Greece use Head Mounted Displays to bring the quarry to the customer, instead of vice versa 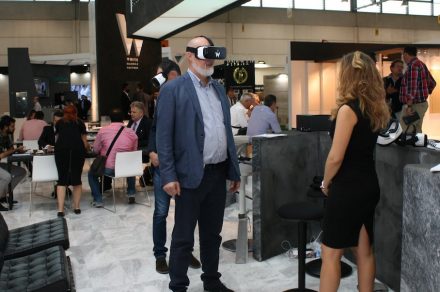 Presentation for the first time at Marmomac

Many companies use the quarry for promotion: they invite customers for visits or show it on large screens at their booths. At Marmomac (September 27 – 30, 2017) some firms used Head Mounted Displays to take the quarry close to the customer, instead of vice versa and to show scenes which normally cannot be shown.

Spanish Levantina Group and Greek Stone Group International (SGI) performed bird’s-eye views from their monumental quarries or bottom views from next to the wheels of their giant transporters. Both companies will provide their traders with Head Mounted Displays including a cellphone as porter of the data and the software. The aim is to emotionally impress the architects or the final customers.

The quarry sells, so to say. We will soon report about the company’s concepts. 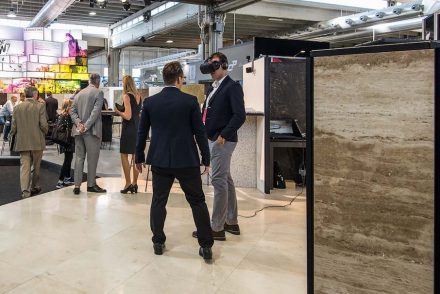 Levantina Group even went a step further and used Virtual Realities in its Head Mounted Displays. Visitors could feel themselves like walking around in a bathroom. The programming was interactive so e.g. the tiles at the walls or at the floor could be changed. This had been possible already with configurators yet now the client can virtually see the site form all views.

The technology was also shown at Cersaie Fair for Ceramics which took place in Bologna. About a handful of producers showed their technology of Virtual Reality.

Marmomac hat its 52nd edition this year. According to Veronafiere data, it realized about 1650 exhibitors, 64% of them from 56 foreign countries. The organizers preview 67.000 visitors from 145 countries. The fair had been booked out already 5 months before its date.

We show some of the booths with interesting design or innovative product ideas. In later issues, we will also report about the fair’s activities to grow.

Part of Marmomac’s program was the Best Communicator Award. At the bottom of this site, we present those winners’ booths Veronafiere had provided us with photos. In the subtitles, the jury’s comments are given.

The award of the organization „Le Donne del Marmo” (The Marble Women) was given to the architect Anna Carulli, president of the Istituto Nazionale di Bioarchitettura (Inbar). She has worked about the use of natural stone in bioarchitecture. 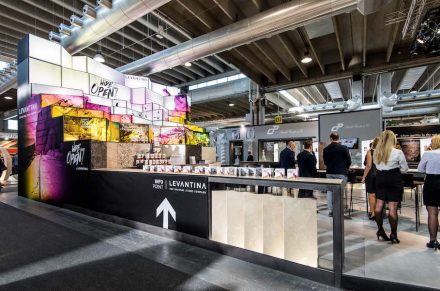 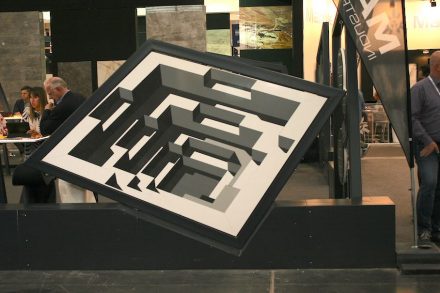 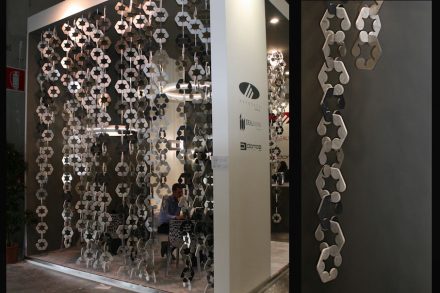 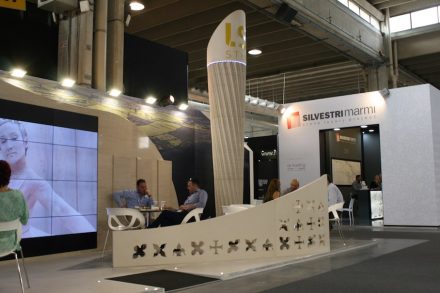 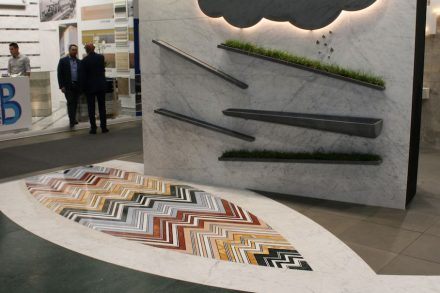 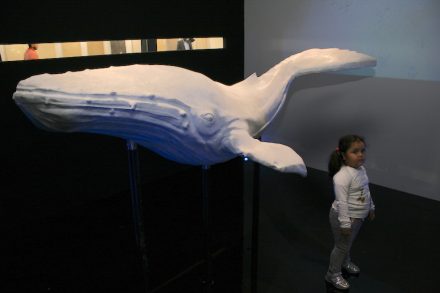 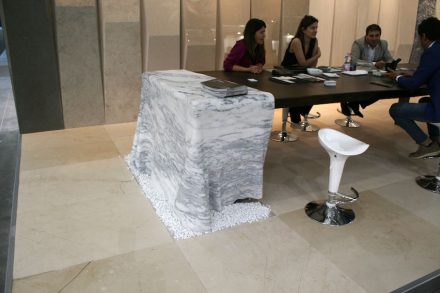 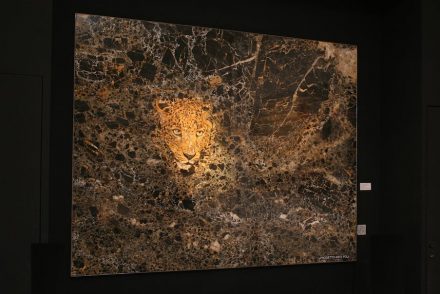 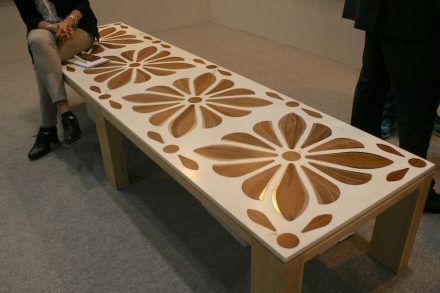 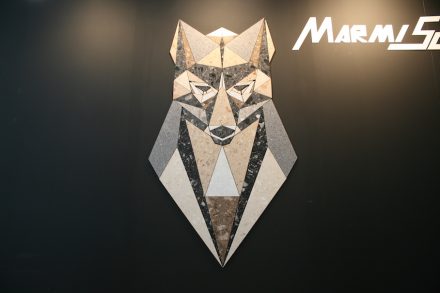 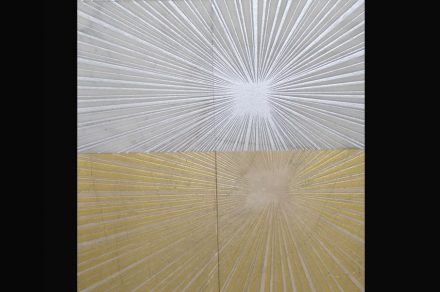 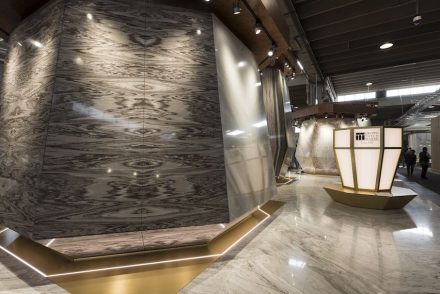 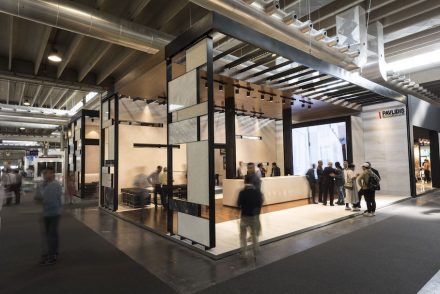 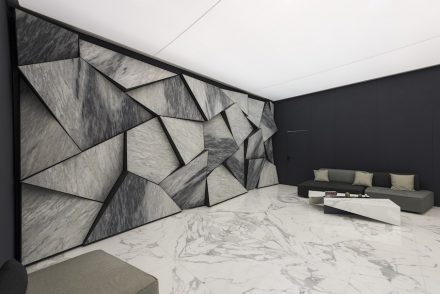 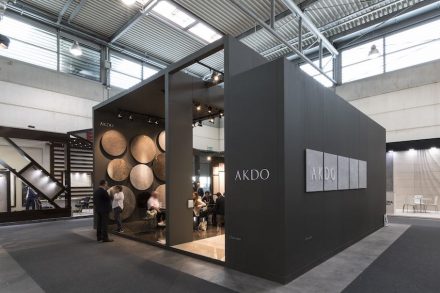 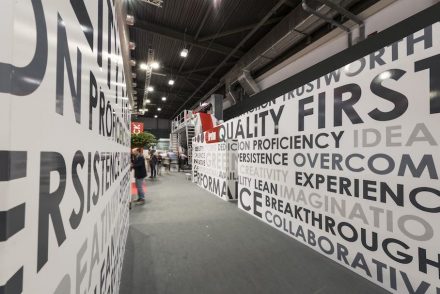 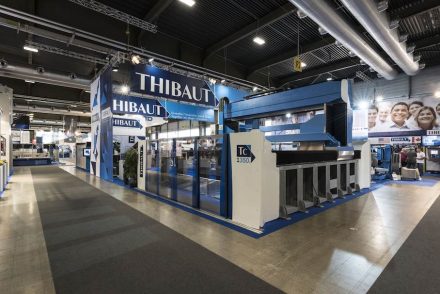 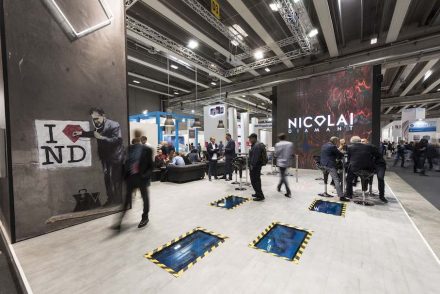 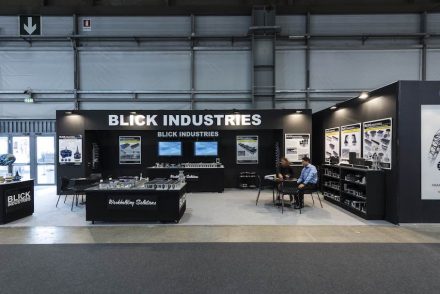