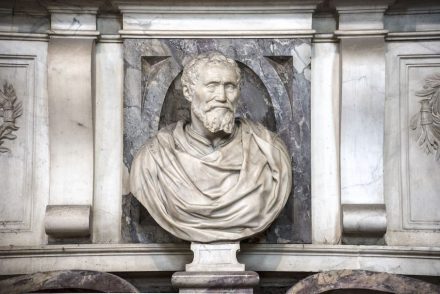 „In the Name of Michelangelo“ is the name of an international fundraising campaign with the goal of bringing together 100,000 € by October 30, 2017. The money is needed to do diagnostic and cleaning work at Michelangelo’s tomb and at the Buonarroti Family’s altarpiece in Santa Croce basilica in Florence. The campaign is organized by Opera di Santa Croce responsible for the maintenance of the monument visited by about one million people per year.

As said on the webpage, Opera di Santa Croce is a non-profit body with this task since the 14th century. It „does not receive any state funding and relies on donations by private individuals, foundations, or corporations for restorations“. 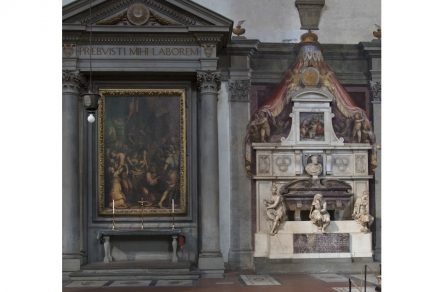 Michelangelo’s tomb finished in 1578 roughly 14 years after his death, „is an elaborate combination of marble sculptures and fresco painting, with a bust of him and three figures representing the arts in which he excelled: painting, sculpture, and architecture.“

It extends to the also spectacular family altar where 66 Buonarroti’s are buried. 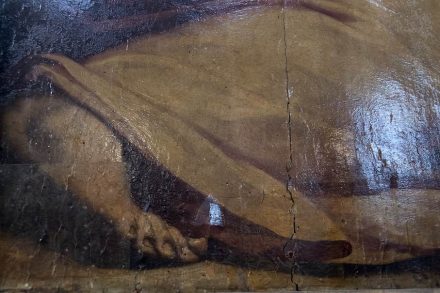 Nowadays, the tomb’s painting „is hidden beneath grime and yellowed varnish that obscure the once-colorful, drama-filled painting. The work’s surface was damaged in the devastating 1966 Florence Flood, leaving cracks and bubbling in the paint. Now its structure is at risk due to an invasion of termites in the wooden support. This restoration has been long called for and has become urgent“, according to the webpage.

The famous marble figures of the tomb haven’t been cleaned in over 20 years. 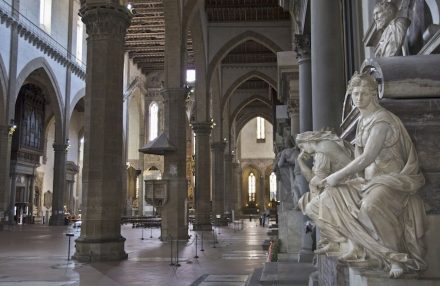 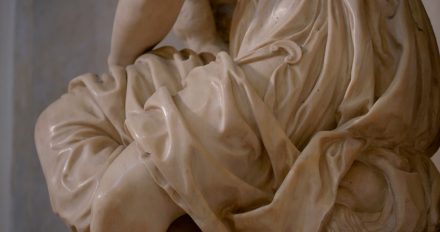