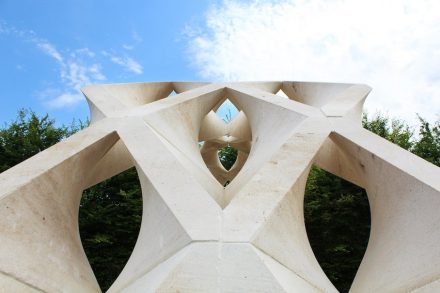 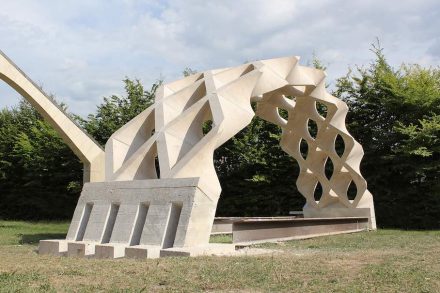 The technology is proven and all participating parties have mastered the ancient yet innovative construction method to a tee. As proof, the New Fundamentals Research Group has recently erected a self-supporting stone vault en passant, so to say.

We described the principle in a previous edition: the construction goes back to ancient building principles which are self-supporting through the interaction of mass and gravity. Because this is a special construction steel rods were spanned within.

„HyparVault“ is the name given to the project by the research group comprising of architects, static engineers and programmers. Nomen est omen as it is made up of Hypar-Elements, i.e. building blocks in the rough shape of a saddle. They come in two basic shapes and, by means of skillful arrangement, can be assembled to create a variety of vaults. 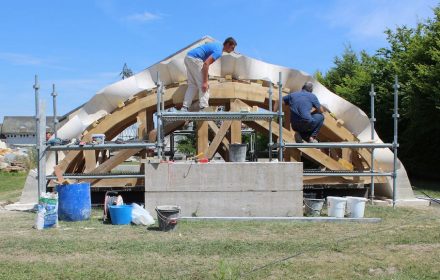 The elements are first laid out on a special base, and, before the base is removed, steel rods are spanned and moored in a foundation between which the HyparVault seems to hover.

The elements can be cut out with the help of diamond wire and saw blades at low cost. And waste is negligible since the elements are cut one after another out of a raw block.

What’s more: in past trials, engineered stone was used comprised of limestone powder and cement, as we had reported previously.

For the current project Anstruide Roche Limestone was implemented.

The elements were cut out by Troyes-based SNBR Company of France with the aid of a 5-axis T&D Robotics Machine. The HyparVault is mounted on the company grounds. 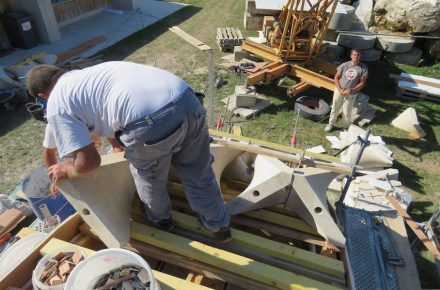 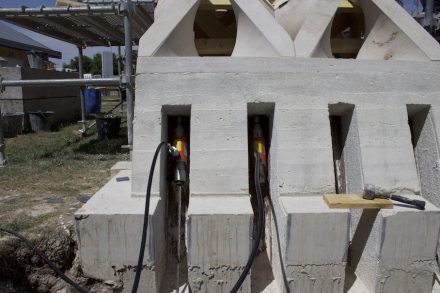 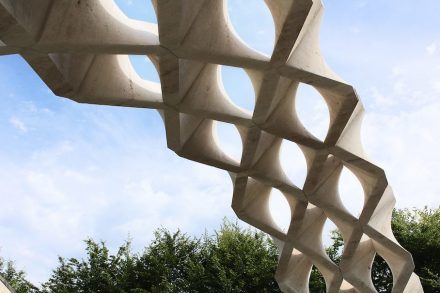