Cersaie 2017: news fresh off the press – printing technology and tiles for interior design 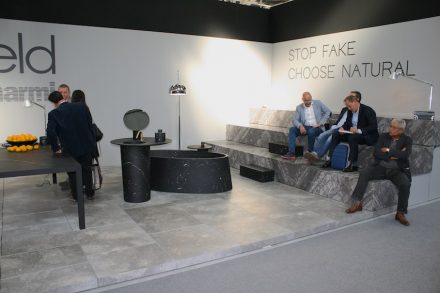 This year’s Cersaie (September 25th – 29th 2017) brought out two significant developments:
* printing will no-longer be restricted to ink as a print medium;
* Fiandre Company has developed a technology which will enable the application of photo images in any size to ceramic slabs or tiles.

But first the facts and figures: some 111,604 visitors passed the turnstiles of this prominent trade fair for ceramic tile and bathroom furnishing. This was an increase of +4.7% compared to the previous year. 53,182 (+4.3%) visitors came to the fair from abroad, vs. 58,422 (+5%) from Italy. 869 exhibitors made the fair happen (17 more than the previous year), of which 323 were from foreign countries.

Now to the news: in the recent past, print technology has already revolutionized ceramic tile production. New printing methods now allow the use of printers’ ink as well as other materials such as glass. An added protective coating or special effects can thus be applied to tiles or slabs without firing.

But not all producers are convinced, as we discovered in on-site discussions. The criticism addresses a move away from ceramics to the point where the material beneath the print is no-longer important. 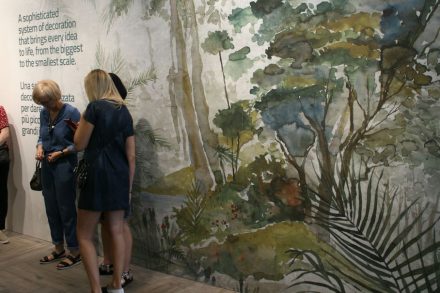 Fiandre Ceramics Company came out with „Design Your Style“ (DYS). A prototype of this technological innovation showed aquarelle greenery applications on over-sized ceramic tiles. The product is scheduled to be launched soon. 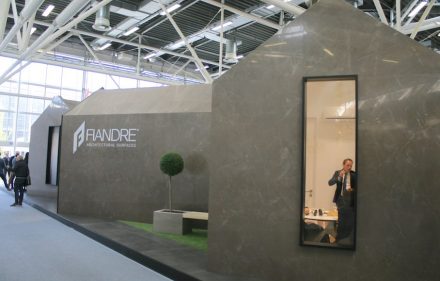 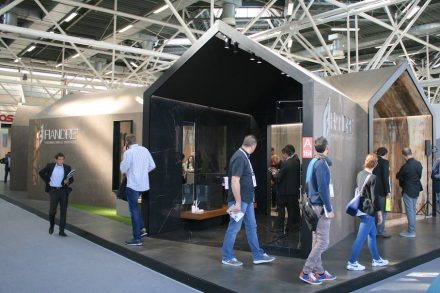 Fiandre’s stand was, as always, remarkable, this time presenting some cabins standing close together.

Perhaps Fiandre has once again made the quantum leap to a trendsetter with its new stand design. In the recent past ceramic slabs have increased in size and decreased in thickness. Thus the exhibit stands were a show of over-sized ceramic tile walls devoid of flair despite concerted efforts by interior decorators to discern individuality. 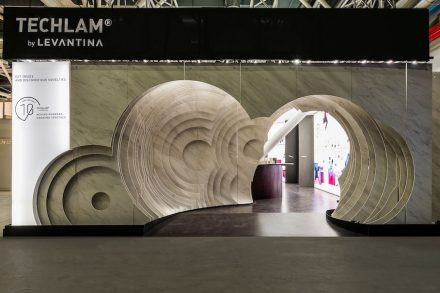 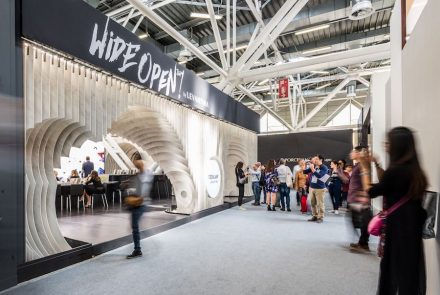 Also Iberian Levantina Company presenting its Techlam porcelain line aimed to set its booth apart of the surrounding stands with special design. The exterior of the stand was clad in suspended slabs awakening interest of what may await the beholder inside… 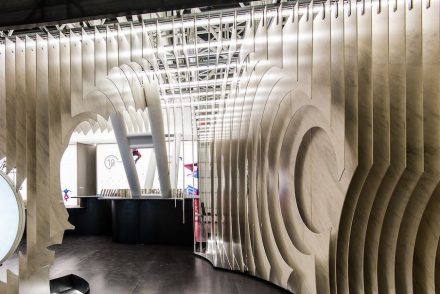 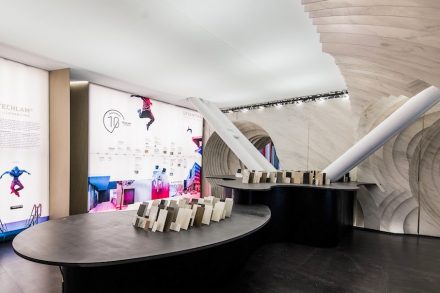 … a celebration of the material’s tenth anniversary and the major projects and a chaotic presentation of patterns.
The media were once again a theme at this Cersaie Trade Fair, presenting, among others, the new head-mounted displays to complement the well-known configuration programs. A mere handful of exhibitors actually presented their products.
One company presented the best products for capturing selfies. 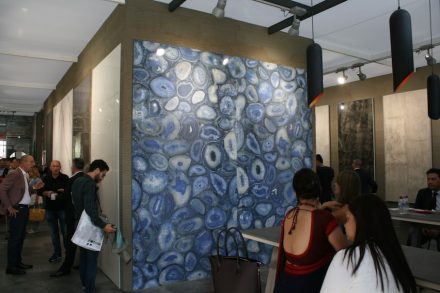 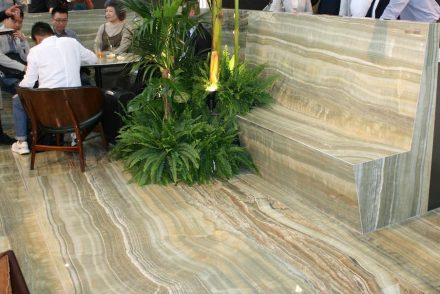 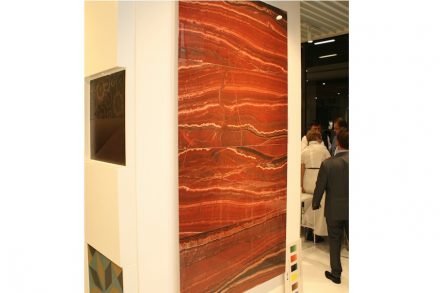 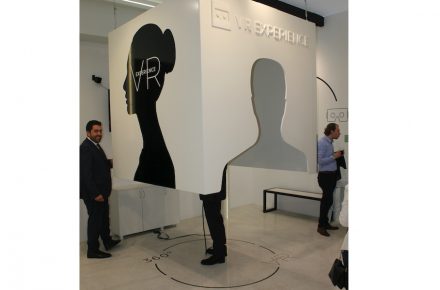 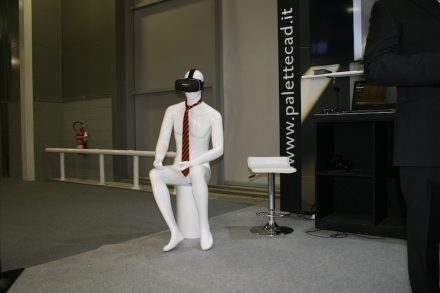 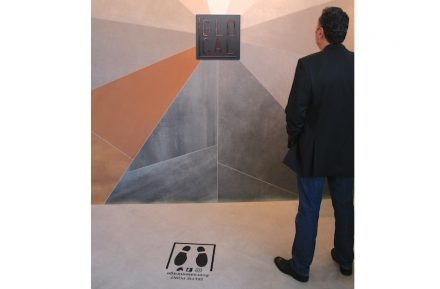