As Marco Polo did in the years of yore: Marmomac takes up contact with China within the framework of its international activities 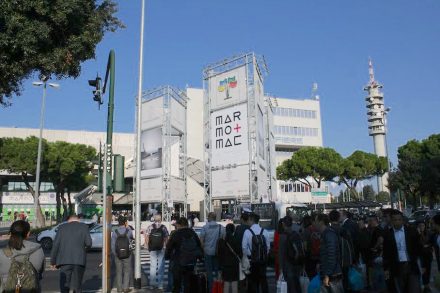 Marmomac is experiencing a period of sustained growth. Two notable new developments were announced within the framework of this 52nd issue (September 27th to 30th 2017): Memoranda of Understanding were agreed and signed with Carrara’s Marmotec and with the Qingdao-based China North.

IMM’s Marmotec Carrara is the mother of Italy’s natural-stone fairs, but it has been bogged down in a serious crisis for some time. For many years it was the trademark of the Apuo-Versilia Region’s natural stone cluster whereas Marmomac took on the flagship role for the Region of Veneto. Both competed for the lead position.

Qingdao is a port city in China’s North East region, gateway to a number of metropolitan regions, among them Beijing. It „is an excellent hub linking neighboring areas of Japan, South Korea and Russia“ according to a Marmomac press release.
The understanding was agreed not only with organizers of the Qingdao SEA Expo Group Trade Fair, but also with the Shandong Stone Trade Association, „bringing together 2 million small and medium size enterprises in the province“ according to the press release.

One could almost say: Marmomac is following in the footsteps of the Venetian merchant and explorer Marco Polo.

What with its activities in the Far East, Veronafiere, Organizer of Marmomac, once more stands firmly at the service of the Italian Stone Branch: „The objective of the agreement is to develop joint ventures in China in order to find new business opportunities for Italian companies.“

What’s more, Marmomac hopes to organize b2b-meetings with buyers from the countries mentioned. Also, the Fair will include the Marmomac Academy Courses for Architects and quarry operators or producers.

The activities are promoted by the Foreign Trade Organization ICE and the Ministry of Finance MISE within the framework of a special Made in Italy Promotion Plan. It was the same framework which allowed Veronafiere to finance the Italian Stone Theatre in Hall 1.

Italy will be electing a new government in the coming year, and at this moment the fate of this program is uncertain.

Step by step inching up of Carrara and Qingdao to one another is part of the strategy pursued by Veronafiere for the last decade: with the help of partnerships, joint ventures and takeovers, Veronafiere has gained a foothold almost everywhere around the world.

Take, e.g.: the long-standing cooperation with the Stone and Ceramics Fair TISE. Veronafiere’s share used to have the title StoneExpo/Marmomacc Americas.

A few years back Brazil’s Stone Fair in the city of Vitória was bought up entirely and now bears the suffix Marmomac Latin America. The international show in the capital city of the province Espírito Santo includes an offshoot for the national market (Cachoeiro Stone Fair), a construction fair (Expo Construções) and a fair for machinery (Mec Show) both in Vitória.

Also, Veronafiere is attempting to introduce Italy’s stone branch via new construction trade fairs: in Egypt’s capital Cairo it is the MS Marmomac+Samoter Africa or in Morocco’s Casablanca, the Medinet Expo. Both of which are steered from Verona.

Cameroon hosted the building West Africa for the first time in October 2017. This is a b2b-meeting place for the Italian building branch with participants from countries like Senegal, the Ivory Coast and Cameroon.

Similar plans e.g. „Building Asean“ are in the planning for march 2018 in Thailand (Bangkok) and Vietnam (Ho Chi Minh City). 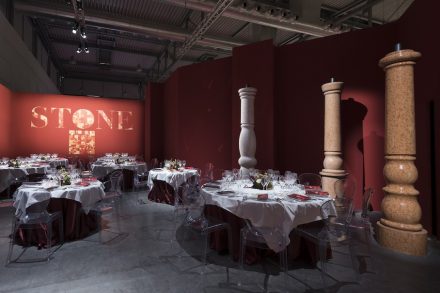 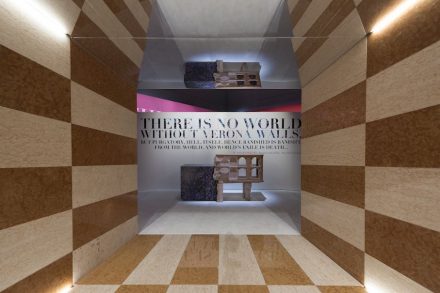 Next to stone, wine and mechanization are fields in which Veronafiere is active and successful. So the stone pillar in Vitória will also serve to promote Italy’s wine producers and producers of agricultural machinery in the future. The governor of Espírito Santo took the trouble of travelling to Marmomac for the occasion.

India’s ambassador to Italy was also a guest of the event. Since marble import restrictions have been slackened, especially white types of marble are in great demand, particularly those bearing catchy names. Modern technology, too, is dearly needed in India.

And finally, if we interpret the signs of the times properly, Veronafiere will soon make a debut on the art market. This would fit the bill of Made in Italy where not only raw material or machinery but also art and culture are an important part branding.