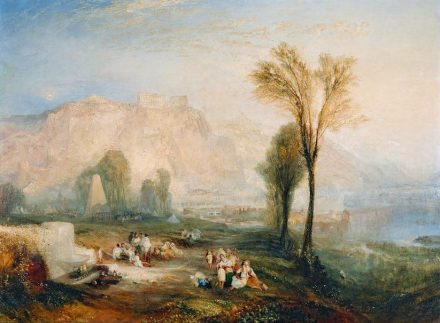 For the auction of the famous artwork, Sotheby’s had commissioned a Computer Generated Imagery (CGI) of the painting

Is it really a chair she’s sitting on? And what else would we find in the room from which Mona Lisa is smiling at the painter Leonardo da Vinci and at the viewer? A new technology makes virtual stepping into the scenery of a painting possible. CGI is the name, computer generated imagery: By that, artists and programmers can create spatial imaginations of flat originals.

We admit: The spatial effect is pure phantasy.

An example of the use of CGI technology had been commissioned by Sotheby’s when William Turner’s painting „Ehrenbreitstein“ (1835) was auctioned in London in July 2017.

Suddenly, many hidden details in the image become visible and Turner’s composition of sceneries in the foreground and behind seems to be shots of a real moment in time.

Impressing in Sotheby’s CGI-work is also the combination of the painting with with Lord Byron’s poem „Childe Harold’s Pilgrimage“ recited by British actor Steven Berkoff. The painting illustrates a passage from the poem. 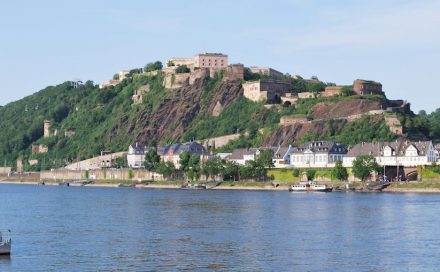 Sotheby’s interpretation of the painting