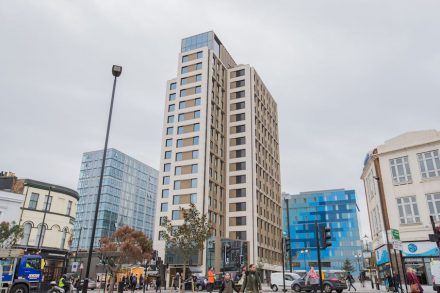 Decton Engineered Stone by Spanish Cosentino Group was used for the refurbishment of the façades of the Archway Towers in London. The building, erected in 1963 had been clad in panels glazed and of concrete.

3000 m² in Danae color were attached to the ventilated façade using StoVentec technology as isolation. In a press release, Cosentino points out the material’s resistance to UV-light, the stability of its color and its resistance against stains.

The building has 59 m height and 17 floors and stands above the Archway Underground station. Originally built by the UK government, it stood empty for some years and was sold to private investors in 2013. The new owner wants to make it „one of the country’s biggest office to residential conversions”, according to Wikipedia. 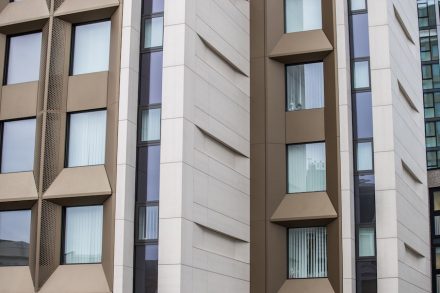 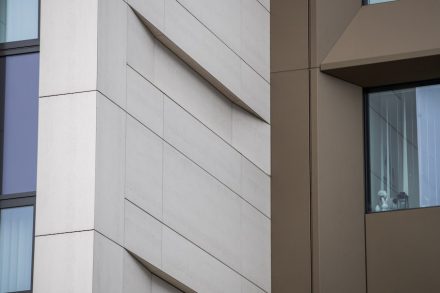 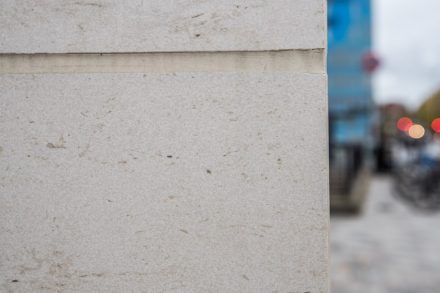