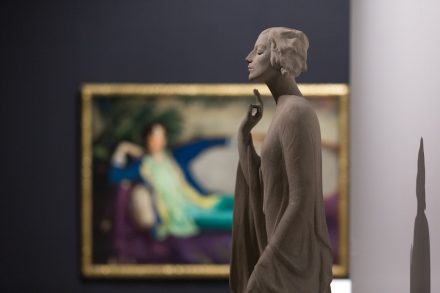 Norton Museum of Art in West Palm Beach, FL is presenting the first exhibition in more than 75 years of the sculpture of Gertrude Vanderbilt Whitney (1875-1942), artist, philanthropist, and founder of the Whitney Museum of American Art. Although Whitney’s sculpture is little known today, she had a significant career as an artist, receiving major commissions and exhibiting throughout the United States and Europe.

With approximately 45 sculptures and drawings, many of which are rarely seen works from private collections, the exhibition showcases the remarkable variety of Whitney’s work – from her earliest classical sculptures to her more symbolic public monuments, from her bleakly Realist depictions of the tragedy of World War I to her late Art Deco work.

Gertrude Vanderbilt was born into the Vanderbilt family, which had made a fortune in shipping and railroads. She was one of the wealthiest women of her age. Yet almost immediately after her marriage to Harry Payne Whitney in 1896, she realized that the life of a society hostess and mother would not satisfy her. „She turned to sculpture for professional and emotional fulfillment and a way to define herself apart from her money,” said exhibition organizer Dr. Ellen E. Roberts. 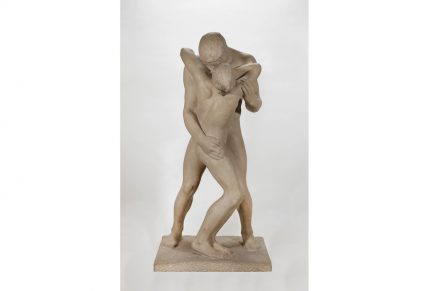 Whitney rose to prominence as a public sculptor in the 1910s, when she created such monuments as the Titanic Memorial in Washington, D.C. The show will include preparatory sketches and a model of this popular work.

While she used idealized forms in such monuments to make them more universally relevant, she also employed a starker Realism to create perceptive portraits of her family, friends, and acquaintances. 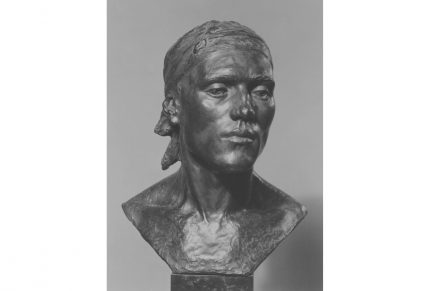 She depicted members of the working class – including African Americans and the unemployed – in a more nuanced way than was typical.

Whitney served as a nurse in France during World War I and later created a series of poignant sculptural sketches of the figures she had seen on the front. These became the basis for a number of war memorial designs such as her panels for Thomas Hastings’s 1918 Victory Arch in Madison Square and her Washington Heights and Inwood Memorial (1921–1922), both in New York. 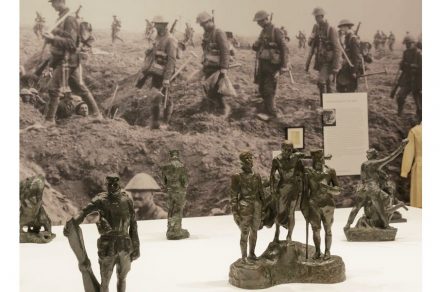 Unlike most of her contemporaries, Whitney depicted the grim reality of war in these monuments rather than its glorified ideal.