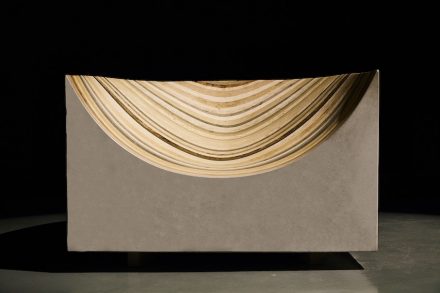 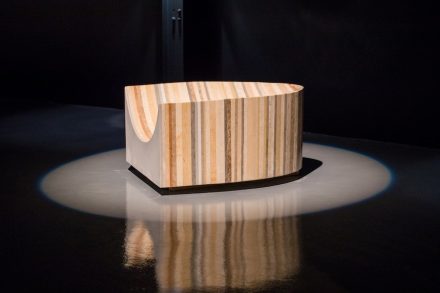 Jordan is a country of many secrets. Most people know little about it other than the name. In the recent past, the name has cropped up in connection with conflicts with the neighboring country Syria since the tiny kingdom of some 10 million citizens has taken on around 500,000 refugees, according to the United Nations. Some sources speak of even 1.3 million.

In the capital Amman as well as in the rest of the country, natural stone is omnipresent: Most houses are clad in local limestone – looking at the 13 surrounding hills, one could think that we are dealing with a stone-landscape.

The second Amman Design Week held in October 2017 included works of an interesting design studio, which we would like to introduce: „Kutleh“ or Arabic for „Block“. The company was founded by Rula Yaghmour and focuses on product design in natural stone waste.

We show a hyperbolic seat composed of a myriad of colorful stone slabs. The impetus for the design idea originates from a US-American artist by the name of Roni Horn. 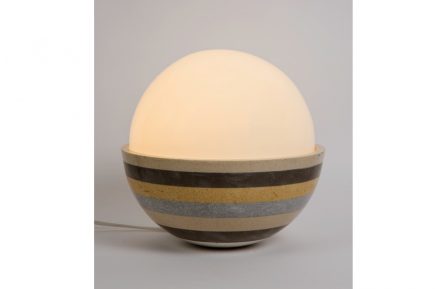 Lamps made of laminated stone slabs are now also available and Rula is currently working on a new collection. The works are to be shown at the young artists’ Salone Satellite Show at the Milan Salone de Mobile to be held in April this year. 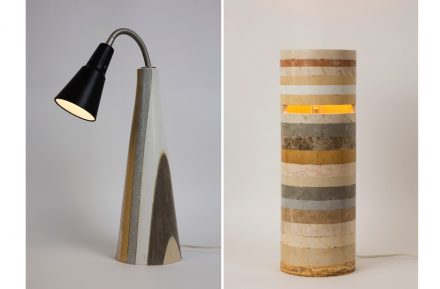 Several favorable conditions converged to allow the birth of Kutleh in the summer of 2017: Rula Yaghmour is an architect working in Amman’s Yagmour Architects office where natural stone is a favorite product. One case in point is the Jumeirah Spine Mosque on Dubai’s man-made Palm Jumeirah Island and built of Oman Marble. 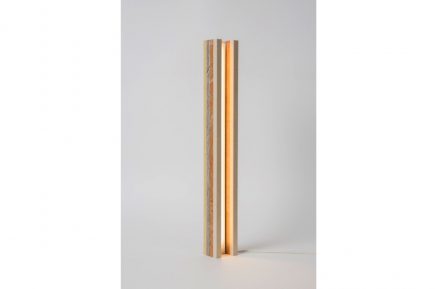 Other favorable conditions are of a personal nature. The mid-thirty-year-old is not only an established architect. She also has a foible for product design – two sides of one coin, if you so will. Also, her spouse is part of A.W. Yasin and Sons Company which has been working in natural stone since 1963 and is supporting Kutleh.

The works constantly emit waste material. And, since stone from abroad is also often worked there, there is a wide choice of colorful stone scraps available.

She emphasizes that a single distinguishing factor of stone passes on to the value-added product: „Each block is different than the other and that’s where the beauty of it lies.“

The second Amman Design Week had its heart in the Jordan Museum which has a magnificent stone architecture.

„Arid“ was the title of an installation of the Middle East Architecture Network (MEAN) broaching the issue of water shortage in the country.

The first award in the contest was given to a concept for a park using natural stone.

Jewellery and fashion, some in form of mosaics, were also topics of the Design Week.