Exhibition „Nineveh – Heart of an Ancient Empire“ until March 25, 2018 in the Dutch National Museum of Antiquities, Leiden 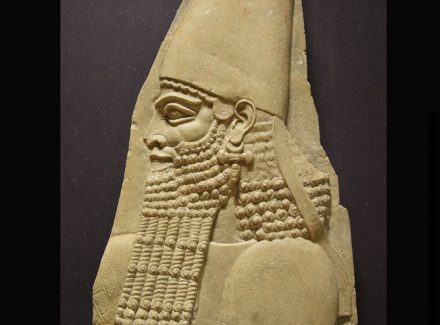 Nineveh, once the capital of the powerful Assyrian Empire and the largest city in the world, is being brought back to life in the Netherlands until March 25, 2018. The Dutch National Museum of Antiquities (the Rijksmuseum van Oudheden, Leiden) is assembling 250 of Nineveh’s finest pieces from international museums for this event – the first such endeavour since the discovery of the ruins of the ancient city in present-day northern Iraq over 180 years ago.

The exhibition spans over 9,000 years of history, from the first habitation of the site of Nineveh and the fall of the Assyrian Empire to the adventurous archaeological excavations in the nineteenth and twentieth centuries. The Biblical Nineveh will also receive attention. The story ends with the recent destruction of the ruins and a discussion on the importance of world heritage. 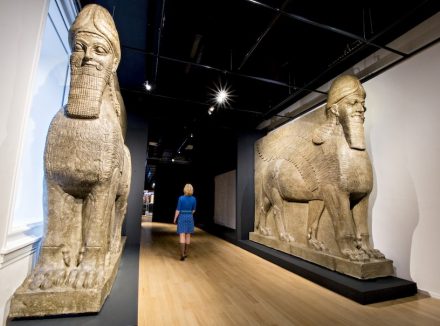 Nineveh, the residence of the Assyrian kings, was renowned in antiquity for its awe-inspiring palaces, splendid temples, city walls stretching for many kilometres, and lush gardens. The exhibition introduces visitors to this city and its history, to its inhabitants and the many gods they worshipped.

It also recalls the Biblical prophet Jonah in Nineveh and the city’s fate after the destruction of 612. 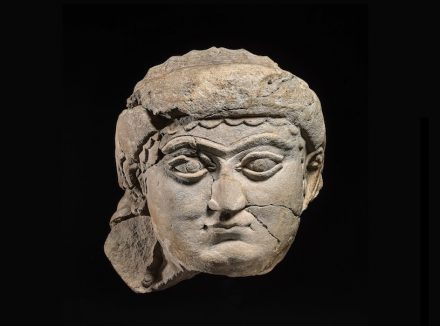 The items on view include dozens of stone reliefs from the palaces, impressive statues of winged bulls, a gold death mask, clay tablets from the oldest library in the world, rare ivory marquetry, weapons, and jewellery.

Original films, photographs and prints of excavations dating from the nineteenth and twentieth centuries illustrate the stories of the archaeologists who worked in Nineveh – including tales of greed, mayhem, and espionage. 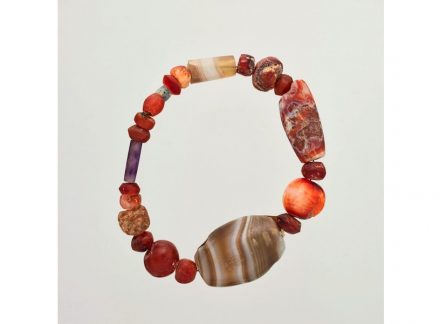 Finally, the exhibition dwells on the predicament of heritage in times of crisis and on ways of preserving the past for the future. In this context, computer animations of the ancient city will be on view in Leiden. In addition, an international research team (including members from Delft University of Technology) have reconstructed some decorated walls of a palace interior from Nineveh in 3D and in colour. The originals, in Iraq, were destroyed during the war in 2016.

„Nineveh – Heart of an Ancient Empire“ until March 25, 2018 in the Dutch National Museum of Antiquities (the Rijksmuseum van Oudheden, Leiden) 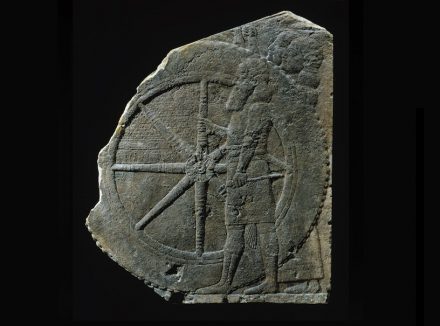 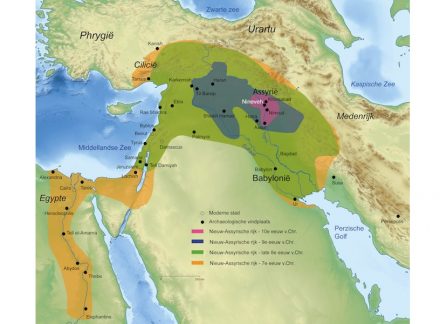 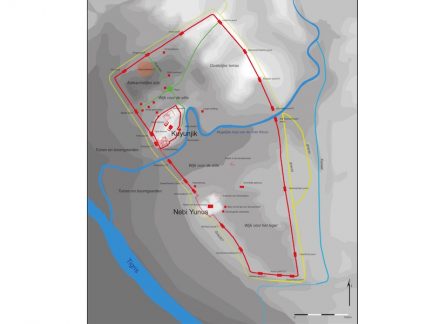