Trade fair Marble in Izmir: number of blocks presented will rise from 986 in 2017 to nearly 1500 this year 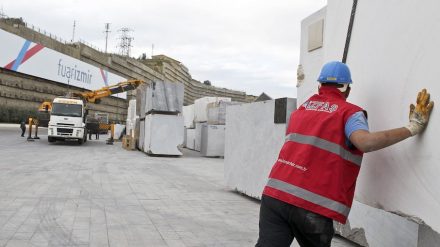 24th Marble Fair from March 28th to 31st, 2018 will significantly increase the number of blocks presented at its fairground: According to a press release, „nearly 1500 blocks, including processed, semi-finished and raw, weighing between 10 and 30 tons each, will be exhibited. Last year, their number was 986”. All in all, the weight of this gigantic mass is approximately 30,000 tons.

1250 trucks will be needed to transport the blocks from quarries all over Turkey to Izmir fairground.

The area for blocks will be increased from 5169 m² to 7000 m², starting from outside Hall C to a section of Hall D’s open car park. 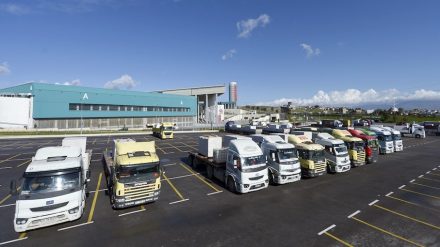 With these measures, Marble Izmir faces the competition by Bursa International Marble Block Fair which took place for the 3rd time in 2017 and presented „approximately 2000 marble blocks with a total weight of 50,000 tons,” as said on its webpage.

Marble in Izmir is one of the 3 biggest trade shows for natural stone worldwide after Xiamen and Marmomac. In 2017, it registered 50,218 visitors from 104 countries. 1109 exhibitors from 30 countries had booked their stands. New were companies from Lebanon, Switzerland, Vietnam, and Austria. The number of foreign exhibitors rose from 193 to 213. 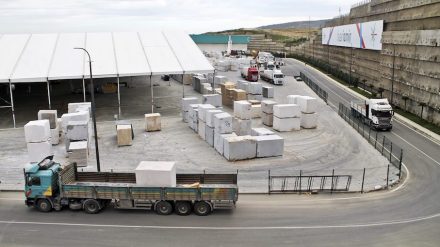