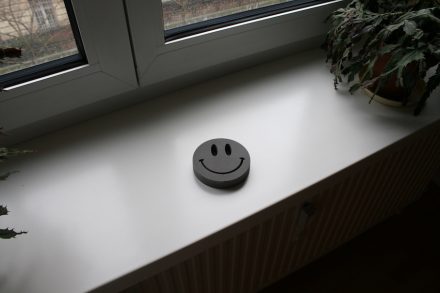 Scandinavian countries lead on the World Happiness Report with African countries coming in last. The research group based at NY’s Colombia University considered not only financial data – their findings took feeling „good or privileged“ as assessed by those interviewed into account.

The World Natural Stone Association (Wonasa) has revamped its webpage. It now mentions points of argument for using natural stone. Wonasa’s homepage shows famous examples from all over the world. The Organization was founded in 2013 with a core of 51 members. By 2014 it had 55 members, currently there are 45.

The European Stone Festival 2018 will take place in Saverne, France from May 25 to 27. Apprentices, stonemasons and stone carvers will carve an art piece out of local sandstone (30 x 30 x 20 cm) in the public.

„House with the soaring rock“ is the title of a villa built in Alibag, India by Spasm Design Architects. It has a 4-t-rock on the prong of a cantilever of 6 m.

Italian designer Torri Lana develops cloth for furniture upholstery and has chosen the showroom of Salvatori Natural Stone Company of Milan as the venue for her new collection.

Cosentino’s Quartz Silestone had recently been accused of being dangerous for workers processing this artificial stone. These days, the company was awarded the Spanish Premios Innovación y Salud de Mutua Universal for safety at work. According to a press release, the company had invested 26,5 million € in workplace safety in its factories in Spain, Brazil and the the US.

Video of the month: Researchers surveying in southern Peru with drones have captured images of ancient geoglyphs, National Geographic magazine reports. More than 50 of the massive ancient drawings are considered new discoveries by archaeologists.