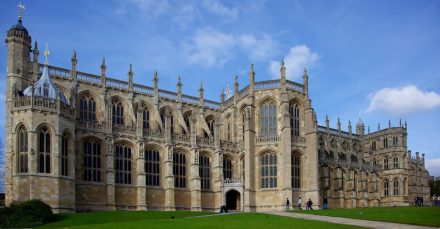 The Queen’s Beasts are lions, unicorns, dragons, antelopes, and many more and document the strands of royal ancestry

When British Prince Harry and US-American actress Meghan Markle will enter St George’s Chapel at Windsor Castle for their wedding ceremony (May 19, 2018), 67 stone creatures will watch from above the roof of the church. They are lions, unicorns, dragons, and antelopes, just to name a few, and they represent the strands of royal ancestry.

Often they are named the King’s or the Queen’s Beasts which causes some confusion – because at Kew Gardens and at Hampton Court Palace one can find another 10 such creatures in stone.

We tell the story of this British tradition.

To possess exotic animals was fancy since early times. They served as symbols of power and documented the worldwide influence of the rulers. Also those animals played a role in the entertainment of the court and were used as diplomatic gifts. The Tower of London once hosted about 60 such Royal Beasts which were often mistreated due to lack of knowledge.

Still today, eagles, lions, and bears or mystic creatures like unicorns or dragons are used as symbols for nations’ power.

When Queen Elizabeth II, grandmother of Prince Harry, was crowned in 1953, ten fantastical beasts stood guard outside Westminster Abbey. They had been formed in plaster with a size of 1,80 m each by sculptor James Woodford.

Those were: the lion of England, the griffin of Edward III, the falcon of the Plantagenets, the black bull of Clarence, the yale of Beaufort, the white lion of Mortimer, the white greyhound of Richmond, the red dragon of Wales, the unicorn of Scotland and the white horse of Hanover. 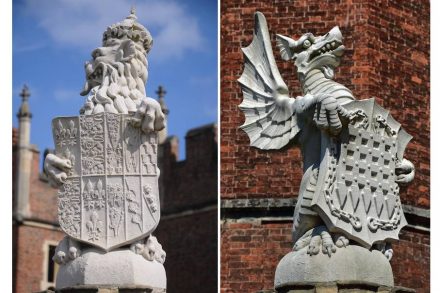 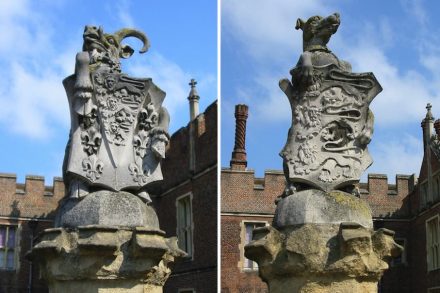 The artist had found inspiration for his so-called Queen’s Beasts by older stone sculptures outside London’s Hampton Court Palace. 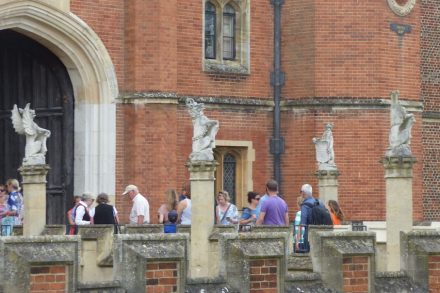 They symbolized the ancestry of King Henry VIII and his third wife Jane Seymour, were called The King’s Beasts and still can be seen there today.

Because those pieces for the coronation of Elizabeth II could not stay outside, they were kept for some years in Windsor Castle until it was decided that they should serve as gifts for Commonwealth members. Canada accepted the offer in 1959.

Nowadays, those original Queen’s Beasts can be seen in the Canadian Museum of History in Quebec. Meanwhile they are fully colored, once only their shield was painted.

Yet in 1956, replicas in Portland limestone had been made of the ülaster originals, again by sculptor James Woodford. The donor was the Chairman of the Distillers Company in Edinburgh. 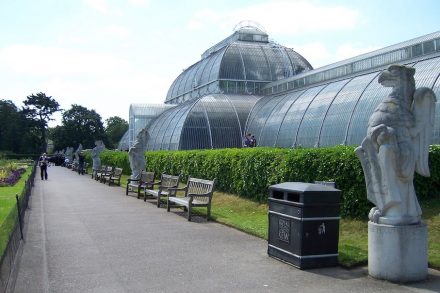 Today, those beasts in stone stand in London at Kew Gardens in front of the Palm House.

Another story about the beasts at St George’s Chapel’s stone façade: Some years ago, one of the many grotesques there had to be replaced due to weathering damage over the centuries. No information about the medieval original had survived and thus was created a piece in modern design. It was awarded one of the 2016 Natural Stone Awards of the British Stone Federation (see link below).

So far to the exterior of the Chapel. Also, the interior shows abundant usage of British stone.

Finally, Windsor Castle itself is a treasury in natural stone as many webpages describe.