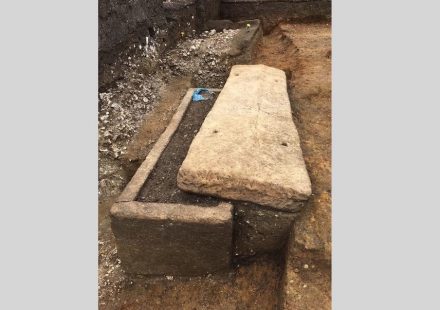 In 2017 a rare Roman stone sarcophagus was excavated from Harper Road in Southwark; a site that archaeological research has shown once had been part of a large Roman cemetery. This remarkable discovery will be on display for the first time in a major new exhibition called „Roman Dead“ until October 28, 2018.

London’s complex Roman burial landscape is an important source of historical knowledge, providing insight into Romans’ religious beliefs and their treatment of the dead. The exhibition will investigate the cemeteries of ancient London, examining the discoveries that were made there and their context within today’s modern cityscape. 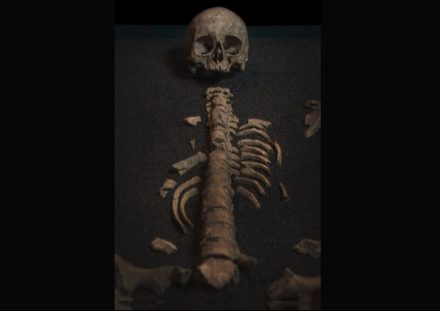 Exotic grave goods from across the Roman Empire are just some of over 200 objects on display. Highlighted are an expensive multi-colored glass dish found with cremated remains and a jet pendant in the form of Medusa’s head, thought to protect the dead, perhaps on their journey to the Underworld.

The exhibition will explore themes of cremation, inhumation and ritual as well as some unusual and sometimes disturbing burial practices. Deviant burials will include a number of men’s skulls which show signs of a violent death and were buried in pits by London Wall in the City of London.

Discovery of the sarcophagus 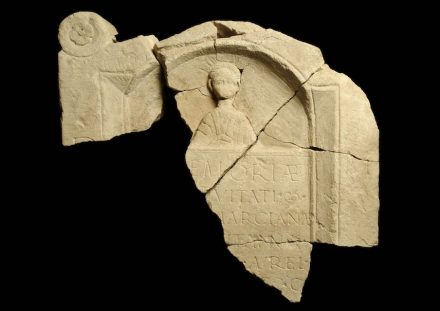 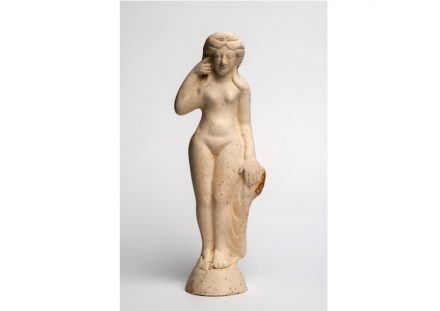 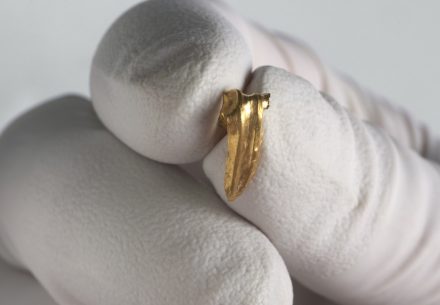 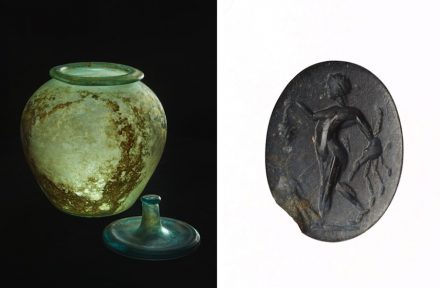 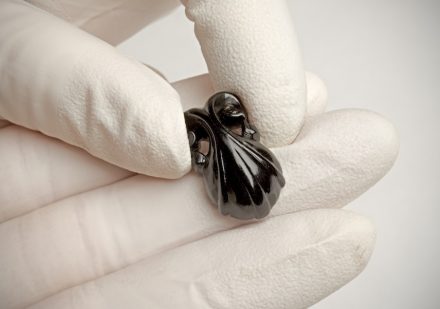 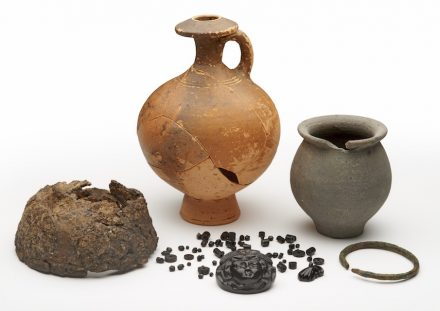 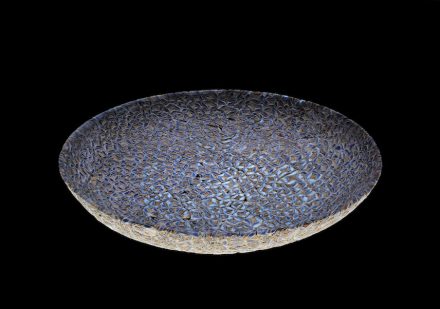 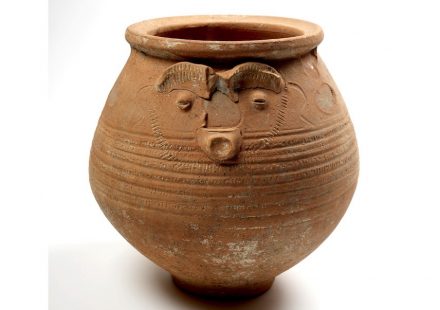