London Calling: visit of Euroroc-members at the invitation of Stone Federation Great Britain 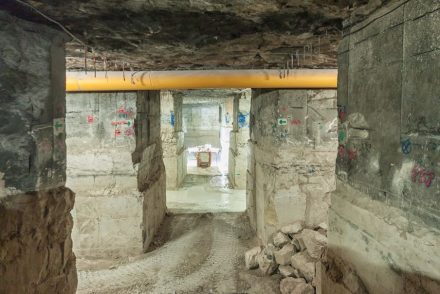 Professor Gerd Merke, General secretary of the European Natural Stone umbrella trade organization Euroroc sent us the following report:
„On Wednesday 2nd May, 2018, we met at Waterloo Station. Our President, Peter Harrison, welcomed us personally and joined us on our trip to Portland. The CEO of Albion Stone, Mr. Michael Poultney, explained the history of the family owned business. In recent years the company had switched its extraction operations from quarrying to mining. This process allows Albion Stone to significantly reduce their environmental impact.

Portland stone is today an economical and sustainable choice that compares favorably with many alternative construction materials.

The limestone production facilities are now the most technically advanced in the UK, with an in-house masonry works cutting this high quality British limestone into a full range of Portland stone products, including: ashlar cladding, walling, flooring, paving, stone masonry and bespoke carving commissions.

The commitment to producing a product of the highest quality is one that conforms to the rigorous ISO 9001 Quality Management Standard. Albion Stone has gained certification of Environmental Management Standard ISO 14001 and has achieved an ,Excellent’ rating in BES 6001, the Responsible Sourcing Standard for Construction Products.

Architects and designers have chosen Portland Stone for over a thousand years. Many of the greatest buildings in London are constructed from Portland Stone including Banqueting House and, most famously, St Paul’s Cathedral.

Architects are choosing Portland stone for more than just aesthetic reasons: it’s immense strength under compression makes it ideal for load-bearing masonry, it’s extreme durability allows it to be used for high-traffic paving, and it’s a perfect medium for carving, sculpture and memorials.

London and some of its stone highlights

The following day, the group met in London for an architectural walking tour with Peter Harrison as our guide. He showed us many important buildings, pavements and monuments using stone which always had to be brought from outside as there was never any satisfactory building stone local to London.

The start of the tour was at Temple Bar Gate, from there to Paternoster Square, Foster Lane, Gresham Street and then through Guildhall Yard to look at the Library.

Here, we describe just a few of the landmarks visited: 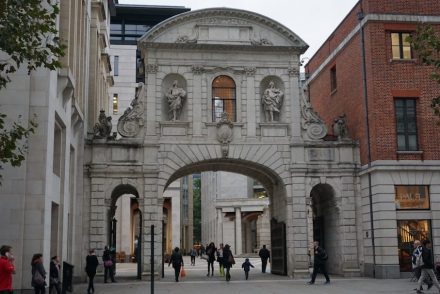 Temple Bar Gate was built in 1672 as an entrance to the City of London. It has many gory tales to tell, for example, it was used to display the heads and other body parts of traitors who had been executed on spikes. Due to increasing traffic, it was dismantled, piece by piece, in 1878 and reconstructed at Theobalds Park out of London where it suffered neglect and vandalism. Again, dismantling and re-building followed, and it was eventually erected as the entrance to the Paternoster Square in 2004. Peter stated that this illustrates the strength and durability of the local Portland stone used. 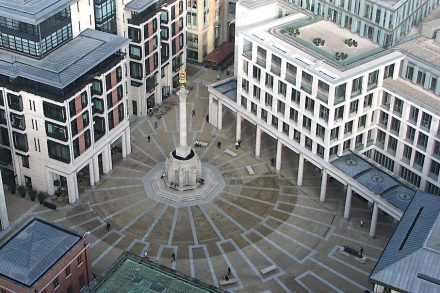 In Paternoster Square, we saw the column which is the focal point. Designed by Sir William Whitfield, it is alleged to be a replica of the Inigo Jones’s columns from the original St Paul’s. The urn on top commemorates the Great Fire of 1666 and the blitz of late December 1940. It was designed to have gas flames coming out of the top, but this was never added. Worth mentioning is the construction of the shaft with post tensioned stainless steel rods. It is built of Portland stone with textured panels of De Lank Cornish Granite forming the water feature.

The paving is York stone and Granite. The York stone is Crosland Hill supplied by Johnson Wellfield. The quarry is located in Huddersfield and was established in 1854. The granite is De Lank from Bodmin Moor. This quarry has operated for about 150 years. 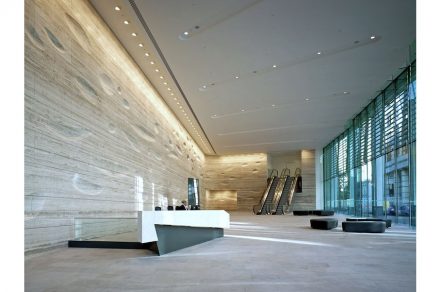 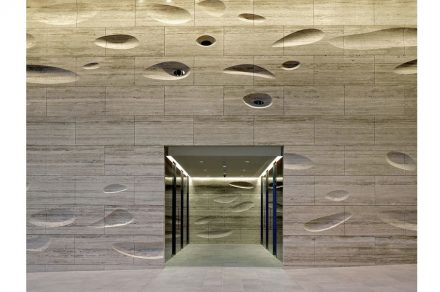 Finally: 20 Gresham Street is an office building designed by Kohn Pederson Fox. It has no stone on the outside, however inside, the reception walls use the Roman travertine from quarries in Tivoli and it is spectacular and won a Stone Federation Great Britain Award. The design and installation of the Travertine was challenging and won the Interiors category at the Natural Stone Awards in 2010. 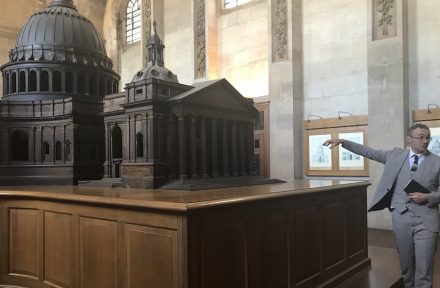 Behind the scenes’ tour of St Paul’s Cathedral

The final day saw the group visit St Paul’s Cathedral for a behind-the-scenes’ tour with Surveyor of The Fabric, Oliver Caroe of Caroe Architecture.

St Paul’s Cathedral sits on Ludgate Hill at the highest point of the City of London and its construction was part of the major rebuilding of London after the Great Fire. Designed by Sir Christopher Wren, St Paul’s Cathedral was built between 1675 and 1710 using Portland stone. Prior to this, Portland stone had been used in London for the Tower of London in 1349 and London Bridge in 1350. But following its use by Inigo Jones for the Banqueting Hall, White Hall (1610) and St Paul’s, it became more popular. 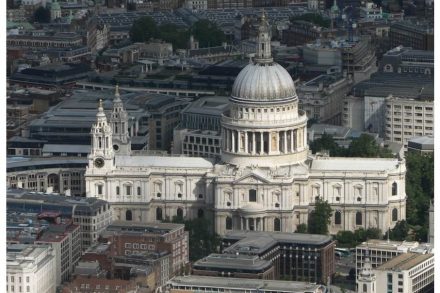 On Thursday afternoon we had our Euroroc meeting at the offices of Stone Federation member company Sandberg, a leading consultancy and testing service in the UK. The range of topics discussed at the meeting included the soy milk case, the Raw Materials Supply Group Meeting in June, the EIP week in November, the European Network for Sustainable Quarrying and Mining (ENSQM) and Health and Safety issues (minutes for members).

Euroroc would like to thank all of those members of Stone Federation that were involved in the visit for their welcome, hospitality and extensive and wonderful program, especially Jane Buxey, Stone Federation Chief Executive and Matt Robb, Digital Media Executive as well as Sara and Amy.

Last but not least: „Love goes through the stomach”. Lunch at Browns, Covent Garden, drinks and Gala Dinner at Threadneedles and a gorgeous afternoon tea in The Crypt at St. Paul’s Cathedral.”

London and some of its stone highlights. The full tour for download as pdf.