Nineteen new sites inscribed on the World Heritage List, many of them use stone 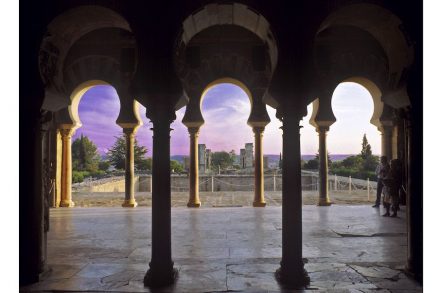 Nineteen new sites have been inscribed on the World Heritage list during the committee’s meeting in Manama, Bahrein in June 2018. Among them are 13 cultural sites, 3 natural and 3 mixed sites, i.e. both natural and cultural. The World Heritage List now numbers 1092 sites in 167 countries.

We show some of the projects which use stone. 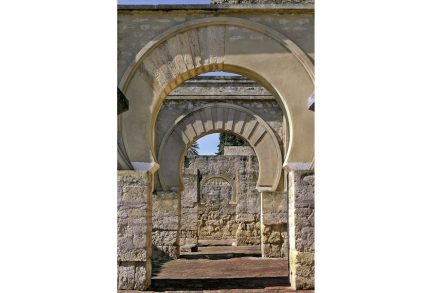 Caliphate city of Medina Azahara: It is an archaeological site of a city built in the mid-10th century CE by the Umayyad dynasty as the seat of the Caliphate of Cordoba. After prospering for several years, it was laid to waste during the civil war that put an end to the Caliphate in 1009-10. The remains of the city were forgotten for almost 1,000 years until their rediscovery in the early 20th century. This complete urban ensemble features infrastructure such as roads, bridges, water systems, buildings, decorative elements and everyday objects. It provides in-depth knowledge of the now vanished Western Islamic civilization of Al-Andalus, at the height of its splendor. 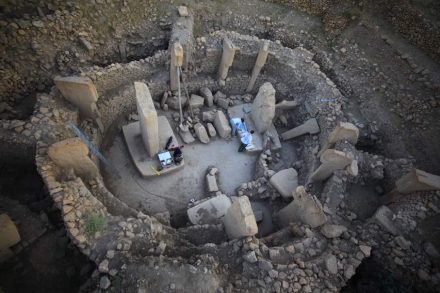 Göbekli Tepe: Located in the Germuş mountains of south-eastern Anatolia, this site presents monumental circular and rectangular megalithic structures, interpreted as enclosures, which were erected by hunter-gatherers in the Pre-Pottery Neolithic age between 9,600 and 8,200 BC. It is likely that these monuments were used in connection with rituals, probably of a funerary nature. Distinctive T-shaped pillars are carved with images of wild animals, providing insight into the way of life and beliefs of people living in Upper Mesopotamia about 11,500 years ago. 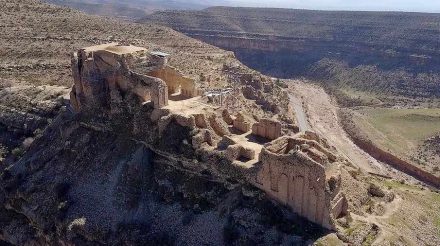 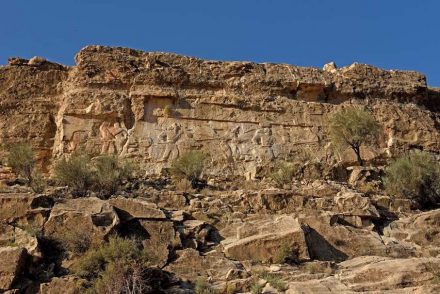 Sassanid Archaeological Landscape of Fars Region: Eight archaeological sites situated in three geographical parts in the southeast of Fars Province: Firuzabad, Bishapur, and Sarvestan. These fortified structures, palaces, and city plans date back to the earliest and latest times of the Sassanian Empire, which stretched across the region from 224 to 658 CE. Among these sites is the capital built by the founder of the dynasty, Ardashir Papakan, as well as a city and architectural structures of his successor, Shapur I. The archaeologic landscape reflects the optimized utilization of natural topography and bears witness to the influence of Achaemenid and Parthian cultural traditions and of Roman art, which had a significant impact on the architecture and artistic styles of the Islamic era. 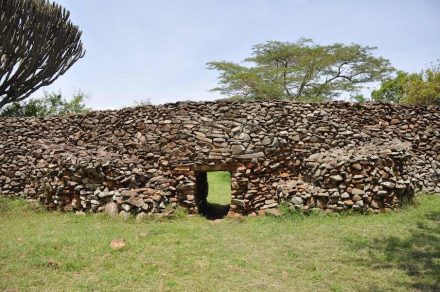 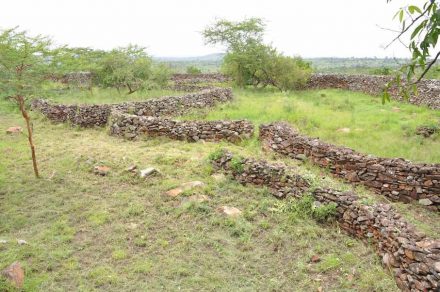 Thimlich Ohinga Archaeological Site: Situated north-west of the town of Migori, in the Lake Victoria region, this dry-stone walled settlement was probably built in the 16th century CE. The Ohinga (i.e. settlement) seems to have served as a fort for communities and livestock but also defined social entities and relationships linked to lineage. Thimlich Ohinga is the largest and best preserved of these traditional enclosures. It is an exceptional example of the tradition of massive dry-stone walled enclosures, typical of the first pastoral communities in the Lake Victoria Basin, which persisted until the mid-20th century. 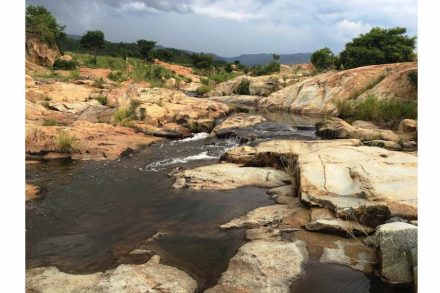 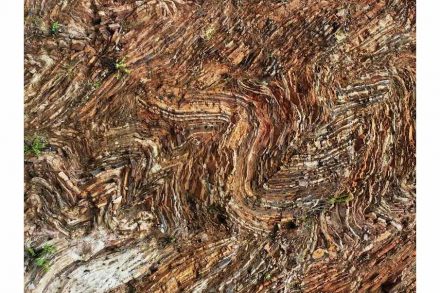 Barberton Makhonjwa Mountains: Situated in north-eastern South Africa, the site comprises 40% of the Barberton Greenstone Belt, one of the world’s oldest geological structures. The Barberton Makhonjwa Mountains represents the best-preserved succession of volcanic and sedimentary rock dating back 3.6 to 3.25 billion years when the first continents were starting to form on the primitive Earth. It features meteor-impact fallback breccias resulting from the impact of meteorites formed just after the Great Bombardment (4.6 to 3.8 billion years ago). 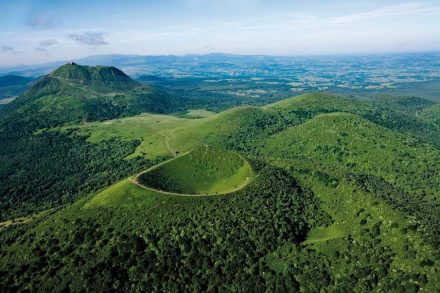 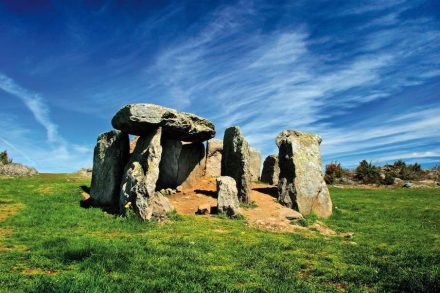 Chaine des Puys – Limagne fault tectonic arena: Situated in the center of France, the site comprises the long Limagne fault, the alignments of the Chaîne des Puys volcanoes and the inverted relief of the Montagne de la Serre. It is an emblematic segment of the West European Rift, created in the aftermath of the formation of the Alps, 35 million years ago. The geological features of the property demonstrate how the continental crust cracks, then collapses, allowing deep magma to rise and cause uplifting at the surface. The property is an exceptional illustration of continental break-up – or rifting – which is one of the five major stages of plate tectonics. 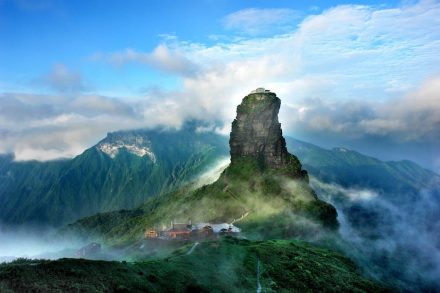 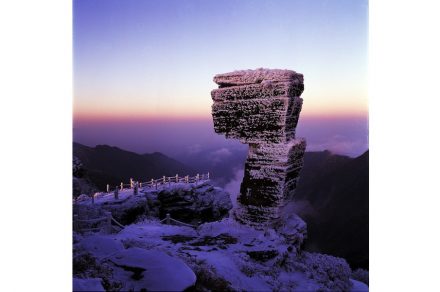 Fanjingshan: Located within the Wuling mountain range in Guizhou Province (south-west China), Fanjingshan ranges in altitude between 500 m and 2,570 m above sea level, favoring highly diverse types of vegetation and relief. It is an island of metamorphic rock in a sea of karst, home to many plant and animal species which originated in the Tertiary period, between 65 million and 2 million years ago. The site’s isolation has led to a high degree of biodiversity with endemic species, such as the Fanjingshan Fir (Abies fanjingshanensis) and the Guizhou Snub-nosed Monkey (Rhinopithecus brelichi), and endangered species, such as the Chinese Giant Salamander (Andrias davidianus), the Forest Musk Deer (Moschus berezovskii) and Reeve’s Pheasant (Syrmaticus reevesii). Fanjingshan has the largest and most contiguous primeval beech forest in the subtropical region. 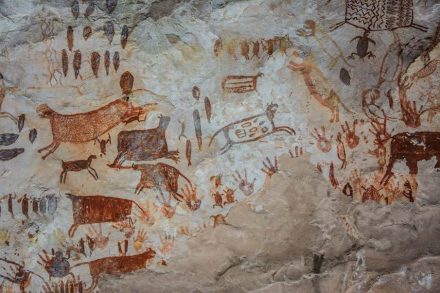 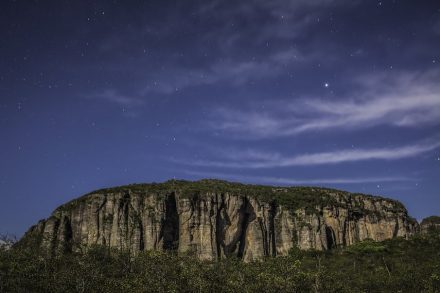 Chiribiquete National Park – „The Maloca of the Jaguar”: Located in the north-west Colombian Amazon, Chiribiquete National Park is the largest protected area in the country. One of the defining features of the park is the presence of tepuis (the Native American word for table-top mountains), sheer-sided sandstone plateaux that dominate the forest. Over 75,000 paintings, spanning more than 20,000 years to the present, are to be seen on the walls of the 60 rock shelters around the bases of the tepuis. Believed to be linked to the worship of the jaguar, a symbol of power and fertility, these paintings depict hunting scenes, battles, dances, and ceremonies. The indigenous communities, which are not directly present on the site, consider the region sacred. 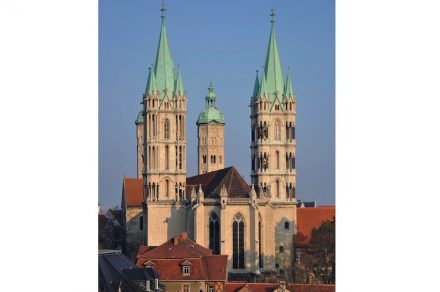 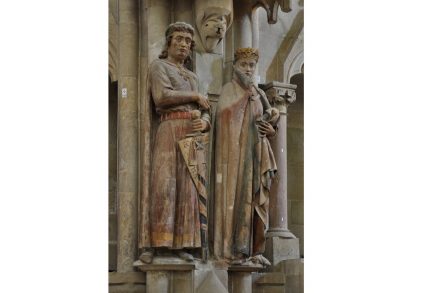 Naumburg Cathedral: Located in the eastern part of the Thuringian Basin, Germany the Cathedral of Naumburg, whose construction began in 1028, is an outstanding testimony to medieval art and architecture. Its Romanesque structure, flanked by two Gothic choirs, demonstrates the stylistic transition from late Romanesque to early Gothic. The west choir, dating to the first half of the 13th century reflects changes in religious practice and the appearance of science and nature in the figurative arts. The choir and life-size sculptures of the founders of the Cathedral are masterpieces of the workshop known as the „Naumburg Master”.