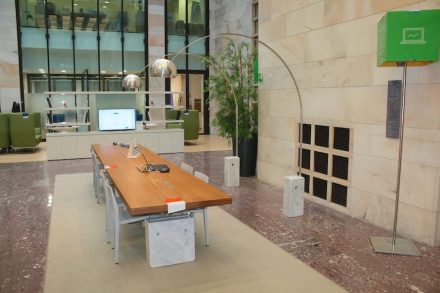 In tandem with his brother Pier Giacomo, Achille designed several items which have become icons of interior design

To this day, the lamp „Arco“ serves as a teaching example for every product designer working with natural stone: the diminutive marble base, which doubles as a counterweight for the light on the far end of the sweeping arch, weighs 43 kg – a challenge for anyone faced with moving it.

Achille Castiglioni who designed the classic piece in 1962 together with his brother Pier Giacomo found a simple workaround: the marble block has a whole in its upper part allowing e.g. a broomstick to be inserted for maneuvering ease: two people can move the piece with little effort.

Functionality has always stood at the center of the Italian designer’s (1918-2002) work. This year, he would have celebrated his centenary.

Simplicity was another guideline, as was tongue-in-cheek.

The duo often took products out of context and assigned new, unexpected roles. 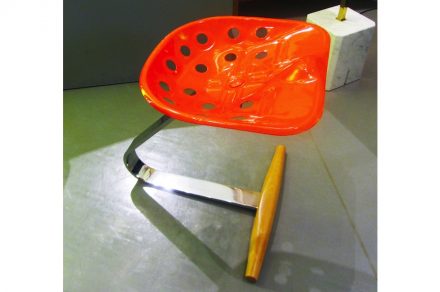 Take, e.g., the chair „Mezzadro“: this is a simple seat found in traditional tractors on a farm. Castiglioni transformed the seat to a snazzy piece of furniture for home owners with a penchant to self-fulfillment. The seat itself is complemented only by a flexible steel arch attached by means of a butterfly nut and a wooden crossbar at the base for added stability. 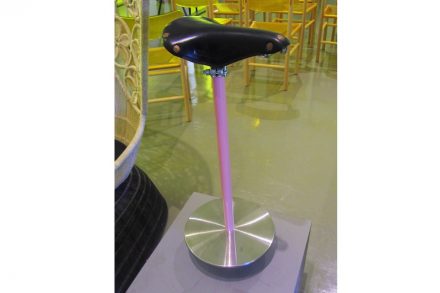 Or barstool „Sella“ which requires no explanation – use and function are obvious. 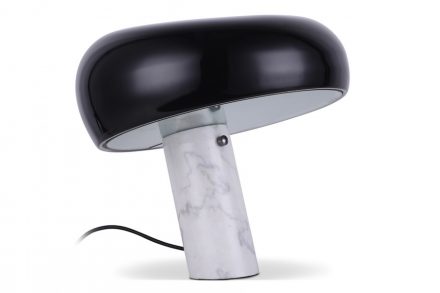 „Snoopy“, the table lamp, playful as the lovable comic character, also profits of its marble foot. The photo originates from the 2016 edition of Marmomac „50 Years of Living Marble“ describing the development of natural stone design over the years.

Achille Castiglioni was the youngest of 3 sons born to sculptor Giannino Castiglioni and his wife Livia Bolla. After military service during WWII Castiglioni completed his studies of architecture at Milan’s Politecnico and soon after graduation established a studio together with his brother Pier Giacomo. 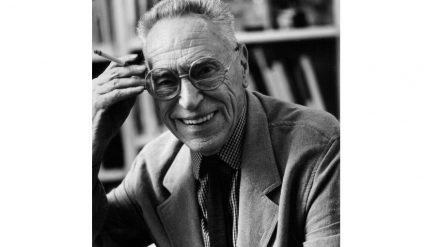 During the 1960s, the brothers designed several household items, many of which are milestones of architectural design and exhibited e.g. at MOMA New York or London’s Victoria & Albert Museum. Pier Giacomo died in 1968.

1956 Achille was implemental in the founding of the Associazione per il Disegno Industriale, ADI (Association of Industrial Designers). From 1971 on, he taught „artistic design for the industry“ at Turin’s Politecnico and was professor for Industrial design from 1980 to 1993 at Milan’s Politecnico.

Milan is also the home to the Fondazione Achille Castiglioni where many of his works as well as inconspicuous everyday items are displayed which the designer had archived as inspiration for further works.