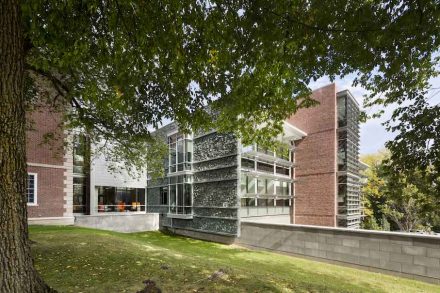 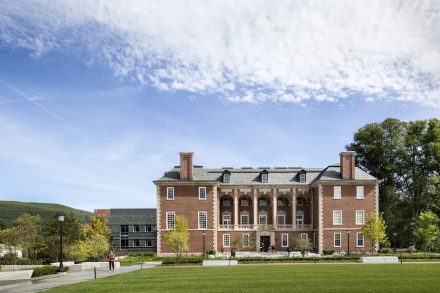 Very harmonious is the overall impression of the new anchor on Williams College campus in the US state of Massachussetts. This is mainly because of the materials chosen by the architects of Bohlin Cywinski Jackson and how they handled them.

Some information on the college for non-Americans: Williams College is considered one of the best private universities in the USA today, and the location where original copies of important testimonies of US-history are archived, e.g.: a transcript of the Declaration of Independence, the United States Constitution, and the Bill of Rights, the first 10 amendments to the Constitution.

These are some of the documents archived in Stetson Hall, a complex erected in 1921, formerly housing the University’s Sawyer Library and now extended by a modern module. This was one of the main tasks facing the team of architects. The ensemble, it was expected, would then serve as an anchor in the Campus’ center.

Sensitivity and appreciation of the surroundings was required to ensure that the extension would fit in with the red brick and white limestone façade and surrounding woods and Berkshire Mountains. 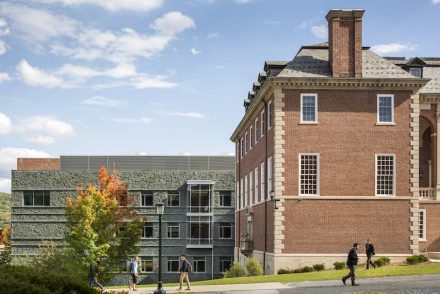 The architects nevertheless chose to allow a distinct contrast between old and new – albeit a harmonious one. The greyish green slate wall behind Stetson Hall can hardly be overlooked. The façade stands out sharply with respect to color and surface, but without deprecating the other. 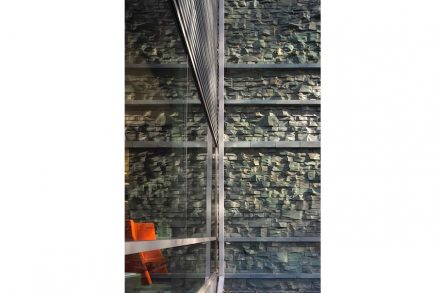 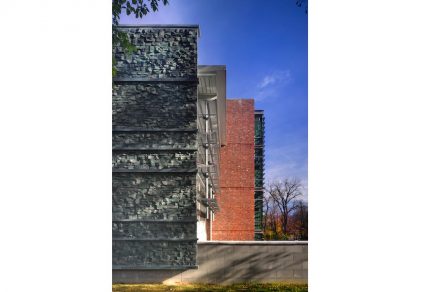 Raw stone dominates the slate wall optically. The façade is clad in remnant pieces left over after the edges have been cleaned from a raw block. Various shapes and sizes of stone were used by which the wild-unkempt impression was further reinforced.

In contrast, the façade of the original building is made of precisely set horizontal and vertical stone with even surfaces.

Lee Alison Clark from Bohlin Cywinski Jackson Architects writes: „These bands are a reinterpretation … of more traditional masonry construction, and give the wall additional shadow lines and a sense of horizontal expansiveness.

The newly constructed complex fits in with the landscape. The stone originates from a Vermont quarry and is often used in local construction. The green hue matches that of the surrounding tree tops. 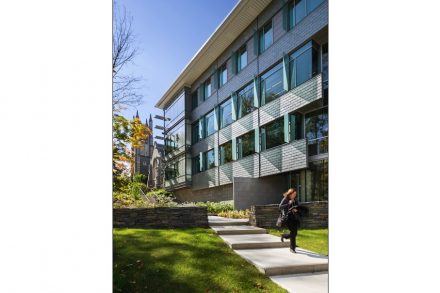 The exterior facing the mountains is clad in thin slabs of slate.

To underscore the various sections, the next part of the building was clad in red brick.

The materials used for renovation of Stetson Hall, were also carefully chosen. This is true for the brick, the limestone outside and for the marble flooring inside. The flooring was taken from the archive – it had carried the cast iron bookshelves. 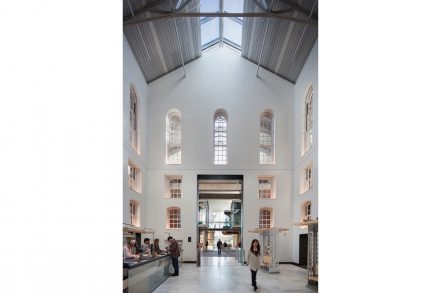 Since it was no-longer of use there, it was reclaimed and used as flooring for the Atrium of Stetson Hall, which visitors negotiate to enter the library.

The roofing, too, was renovated using slate shingles. 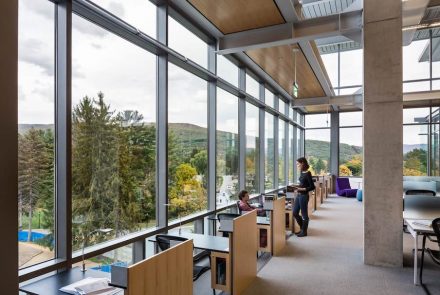 As a rule, architects value daylight. The classic auditoria were replaced by a number of smaller, secluded entities where small groups of students can work without disturbing one another. 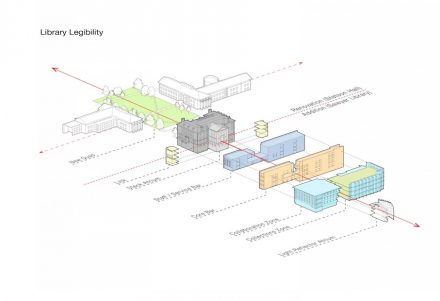 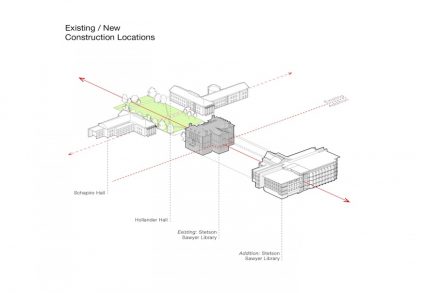