In one part of Antarctica, the bedrock released from the ice lifts much faster than expected 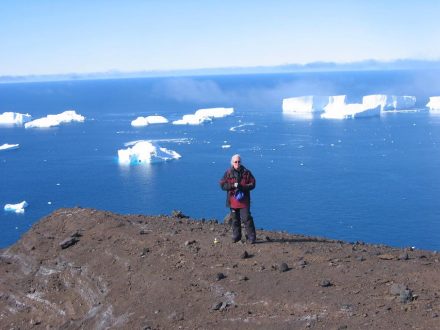 The phenomenon gives scientists information about the Earth’s mantle deep below / Has the uplift a stabilizing effect on the ice?

When glaciers melt, the bedrock below lifts up as there is no more weight pushing it down. In places like Iceland and Alaska, which have what are considered rapid uplift rates, generally was measured rising 20 to 30 millimeters a year. Yet in one part of Antarctica, the Amundsen Sea Embayment, an „uplift rate” of up to 41 millimeters a year has been measured, said Terry Wilson, one of the leaders of the study and a professor emeritus of earth sciences at Ohio State University. „It’s a game changer,” Wilson concluded.

The rapid rise of the bedrock in Antarctica suggests that the geology underneath that continent is different from what scientists had previously believed.

Underneath the solid upper layer of Earth (the crust) is a hotter and more fluid layer of rock called the mantle. Exactly how hot and fluid the mantle is, varies across the planet.

The rapid uplift around the Amundsen Sea Embayment suggests that the mantle in this area is hotter and more fluid (or, as scientists say, it has lower viscosity) than expected, according to lead study author Valentina R. Barletta. She started this work at Ohio State and now is a postdoctoral researcher at the National Space Institute (DTU Space) at the Technical University of Denmark.

Barletta ran a variety of computer models using scenarios of ice loss through time in the area to explain how such rapid uplift could be occurring today. The results of her models showed that the findings by GPS-data today could best be explained by having a low-viscosity mantle.

But the upraise speed may also have consequences for water been released to the ocean, and it may be a rare bit of good news for what is happening in this part of Antarctica as a result of climate change, Wilson said.

The West Antarctic Ice Sheet plays a key role in sea level rise. Estimates suggest this ice sheet alone accounts for one-fourth of global sea level rise that can be attributed to disappearing snow and ice. The glaciers there contain enough water to raise global sea levels up to four feet.

The problem is that much of this area of Antarctica is below sea level. Relatively warm ocean water has flowed in underneath the bottom of the ice sheet, causing thinning and moving the grounding line – where the water, ice, and solid earth meet – further inland.

This process seemed unstoppable, Wilson said. But the uplift might slow or even stop the process.

During the last ice age, the melting of inland ice sheets provided the surrounding oceans with an essential nutrient for sea live, glaciologists and isotope geochemists from the University of Bristol have found: Glacial meltwater contains silica that is needed by diatoms and sponges which build their skeletons from the mineral. 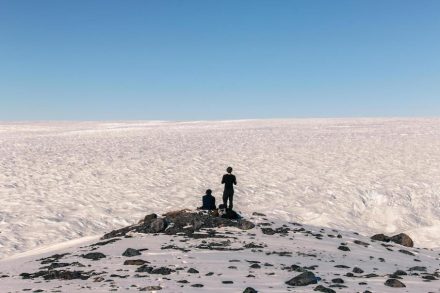 The study concluded that glaciers and ice sheets are an under-appreciated component of the silica cycle, exporting large quantities of reactive silica into the ocean, which could be used by diatoms. This might also have major implications for the health of marine siliceous organisms during periods of significant ice cover, researchers say.