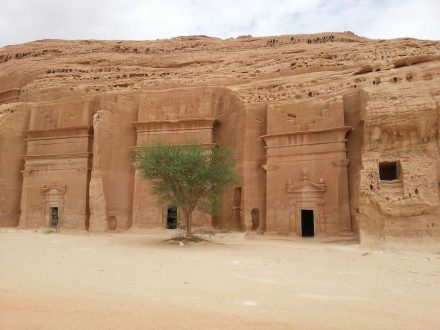 The 131 rock-cut sandstone graves of Mada’in Salih, Saudi Arabia are UNESCO world heritage. They are the remains of the ancient city of Hegra.

Stone Federation Great Britain has launched its 2018/19 „Natural Stone Source Book – A Specifiers’ Guide“ for online browsing. It shows projects in stone realized in the UK, a list of the federation’s members and more.

Marmomac Magazine is a new online source for news of the natural stone sector.

The next Rocalia Stone Fair in Lyon, France will take place December 03-05, 2019. At the moment, the planning for the event program has startet, as magazine Pierre Actual reports: The fair will again have a presentation of stone design, but in a „slightly different way“ and more architectural ideas, maybe with drystone walling. An interview with editor-in-chief Claude Gargi with English subtitles is available on Youtube.

Designer Tom Dixon has created a collection of candle holders and plates made from Indian Green Forst marble. 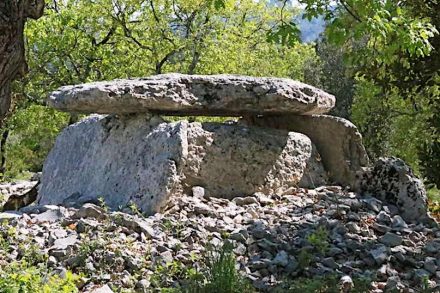 Dolmens et Patrimonies de Labeaume is the name of a webpage dedicated to stone graves in the French Département Ardèche (French).

Coal as a future material for architecture and interior design is shown in Jesper Eriksson’s installation at the London Design Biennal 2018 (until September 23).

„The Gulf Cooperation Council (GCC) alone accounts for 20% of the global stone market, creating a regional market worth an estimated $5 billion-a-year, which is expected to create a demand for 19.6 billion metric tons of stone by 2020,” says Yan Wang, event director for Middle East Stone Fair (1, 2).

Göbekli Tepe in Turkey may have been humanity’s first temple („Cathedral on a Hill“) with stone circles predating Stonehenge for 6000 years, Smithsonian magazine reports. After the discovery in the 1960s it was thought to have been a settlement.

Video of the month: the design for football Club Inter Milan’s third kit for the season 2018-2019 was inspired by the marble floor in the city’s cathedral (1, 2).