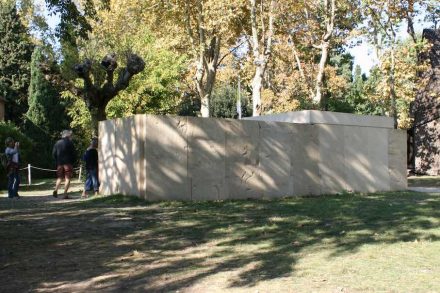 Venice is but a stone throw away (pun intended) from Marmomac and Verona, e.g. via train in just over one hour. For parties interested in natural stone, the lagoon city was even more interesting than usual this year as it was host to the 16th Biennale d’Architettura for the first time in participation of the Vatican.

This may come as a surprise considering the usual activities of the Holy See.

But over the centuries, the Catholic Church was the leading patron of architecture and natural stone in Europe. The Vatican had contributed to the Biennale of Art in 2013 an 2015 as could be read in a press release.

This year’s presentation bore the heading „The Vatican Chapels“. Renowned architects had been invited to participate. Among them Portuguese architect and award winner of the Pritzker Prize, Eduardo Souto de Moura whose stone work deserves special notice.

But first to the setting: the 10 Vatican Chapels are built on Largo San Giorgio Maggiore, easy to access with one of the local vaporetti (water busses). The island is just over 1 km away from the Piazza San Marco, Venice’s most prominent tourist attraction. But once on the island, one enters into another world altogether.

A short walk takes one to the southernmost point of the island, where the chapels are camouflaged in the woods.
Curator of the presentation, Prof. Francesco Dal Co, had invited architects to gather inspiration from Stockholm’s Woodland Chapel on the cemetery of the same name. 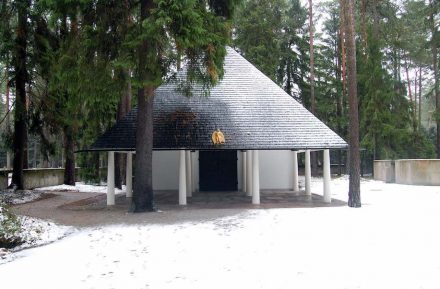 Architect Gunnar Asplund had built the chapel in 1920 to stand out by its sheer understatement – it lends the impression of a hut in the woods rather than of a House of God.

Visitors are quick to intervene that the building inspired them to pause for a moment perhaps to sit and reflect, or perhaps to a quiet dialogue with God.

The curator left no specific instructions to this effect.

Eduardo Souto de Moura used the opportunity to its full extent as is his nature. Visitors’ comments bear witness to the fact: the chapel looks like a grave, some said, like a shrine of another era said other. A minimalistic design was a description used for lack of other terms.

In his description the architect had sowed confusion: „It is not a chapel, not a sanctuary and in any case not a tomb, it is simply a place enclosed by four stone walls, while another stone at the center might be the altar.”

Nevertheless: the work was distinguished with the Golden Lion at this Biennale. 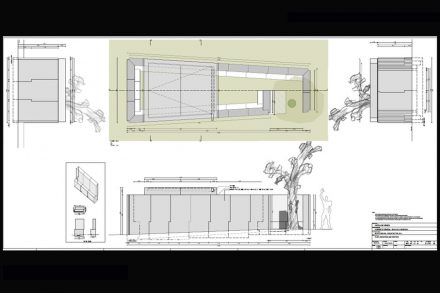 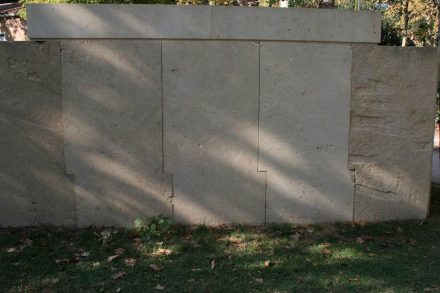 Interesting to note how Souto de Moura set up the walls of his chapel. The design is reminiscent of hinge mechanisms used by the Incas at Machu Picchu: an interlinking of blocks held in place by gravity. 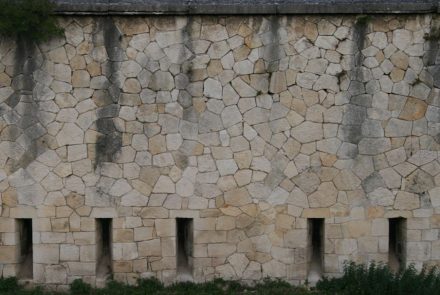 Verona’s city wall close to the central train station has similar elements in its stone masonry, yet here with mortar.

Souto de Moura’s stone joints are simple but due to the mass of the slabs they have the same stabilizing effect.

We interpret Souto de Moura’s return to the roots of architecture in an imaginary representation of the Vatican: it, too, stands steadfast in t in today’s world drawing its strength from ancient times. 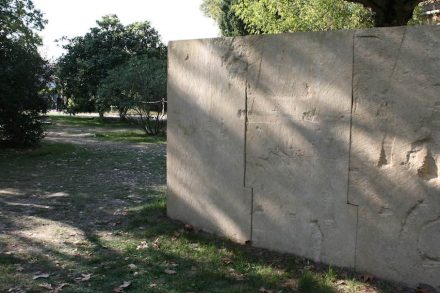 The outer surface of the slabs is rough, almost damaged; visible marks of the tools that worked the stone are proudly demonstrated. One might interpret the wear and tear as a metaphor for the storms the Holy Sea faced throughout the centuries. 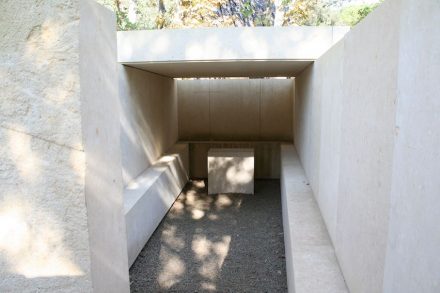 On the interior the walls are honed, perhaps to allude to the comfort with which the clergy indulged themselves in this world.

Stone benches are an invitation to sit. Mighty trees seem to form a protective wall. 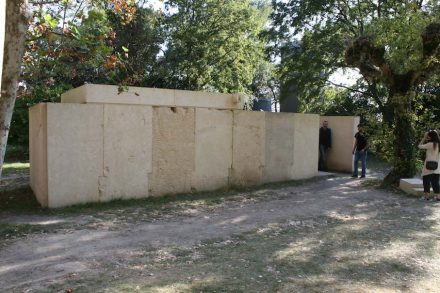 But how does the Stone-Age roof covering a portion of the chapel fit into the picture?