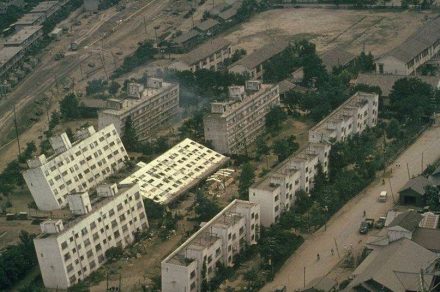 Due to the forces of the seismic shocks, the sandy ground got liquid and engulfed all that it had carried before

In the region of Palu in Indonesia the 7.5 earthquake on September 28, 2018 caused much damage by so-called soil liquefaction: the ground suddenly got liquid, started to flow in a direction washing away trees and houses. In such situations, it often seems as if the earth had opened to engulf all the life above. The phenomenon is long known and well understood; it may also happen in cargo ships and maybe it is the background of the story told in the Book of Numbers of the Bible (4. Moses 16).

Liquefaction only happens in areas where the soil is composed of sand with a high level of groundwater. Under normal conditions, it’s the friction between the grains of the sand that keeps the soil solid so that it can carry trees and even buildings.

But there is always water between those grains. It actually doesn’t cause problems because if a load is placed on top of the soil, the pressure makes the water move up to the surface and flow away.

This is known from walking in the mud of the tidelands.

But an earthquake may change the situation: its seismic shocks put the soil under extreme pressure – they power accumulates in the water molecules until at a certain point the pressure is higher than the friction between the grains. 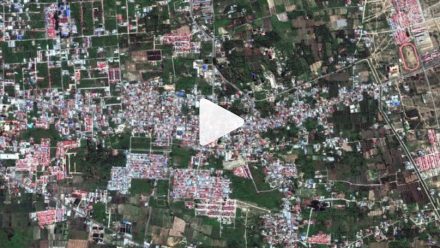 A timelapse video from a satellite shows how in Palu the earth started to flow and how the items on the surface were simply washed away.

The phenomenon had been deeply investigated after the failure of the Calaveras Dam in California in 1918. Liquefaction also played a role in the earthquake of Niigata, Japan, and Alaska in 1964 or in the events at Christchurch, New Zealand in 2011.

The same phenomenon may also occur in ships loaded with granular cargoes like ore or mineral sands. The International Maritime Organization has issued codes governing how much moisture is allowed in such solid bulk cargo.

A similar phenomenon is quicksand known from many adventure stories from the 1960s. 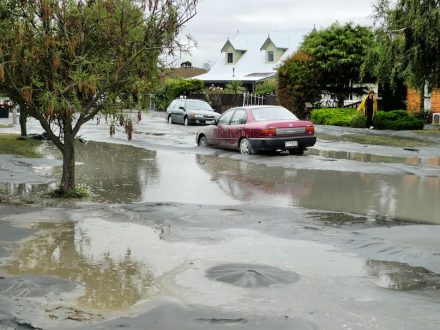 During soil liquefaction, sand may also be squirted from the underground.

Even in the Bible, there may be a mention of such a soil liquefaction incident. In the Book of Numbers (4. Mose 16) Moses’ leadership over the Israelites is questioned by Korah and 250 followers. They complain that he had led them from a decent life in Egypt to the misery in the desert.

The end of the rebellion is, according to the Bible in an English revised version: „And it came to pass, as he (Moses) made an end of speaking all these words, that the ground clave asunder that was under them: and the earth opened her mouth, and swallowed them up, and their households, and all the men that appertained unto Korah, and all their goods. So they, and all that appertained to them, went down alive into the pit: and the earth closed upon them, and they perished from among the assembly. “