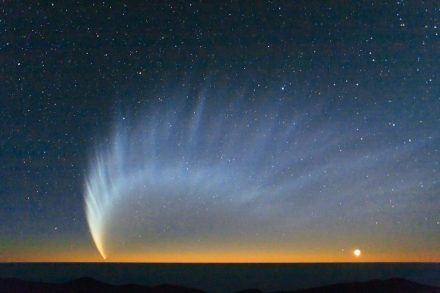 Comets are spectacular phenomena in the sky and among them, some are even more spectacular: Comet McNaught or C/2006 P1 is one of them with a giant tail looking like a bird’s wing. It was visible with naked eye from the Southern hemisphere between December 2006 and January 2007.

Another one was the comet of the year 1744 or C/1743 X1 (Klinkenberg), also known as Comet de Chéseaux or Comet Klinkenberg-Chéseaux whose tail looked like fingers above the horizon. Like all those „Great Comets“, it was visible even at daylight and with naked eye. It had been discovered in late November 1743 independently by Jan de Munck, in the second week of December by Dirk Klinkenberg, and, four days later, by Jean-Philippe de Chéseaux, as said in Wikipedia.

Now, scientists have given an explanation how a comet’s tail can break up in this manner. Oliver Price, a planetary science Ph.D. student at University College London’s Mullard Space Science Laboratory in the United Kingdom, used observatory and spacecraft photos and modern image-processing techniques.

McNaught was a particularly good subject for this type of study. Its brightness and high dust production made it much easier to resolve the evolution of fine structures in its dust tail.

Comets are cosmic crumbs of frozen gas, rock and dust left over from the formation of our solar system 4.6 billion years ago – and so they may contain important clues about our solar system’s early history. When a comet’s elliptical orbit brings it close to the Sun, intense heat vaporizes the frozen gases and releases the dust within, which streams behind the comet, forming two distinct tails: an ion tail carried by the solar wind (the constant flow of charged particles from the Sun) and a dust tail. 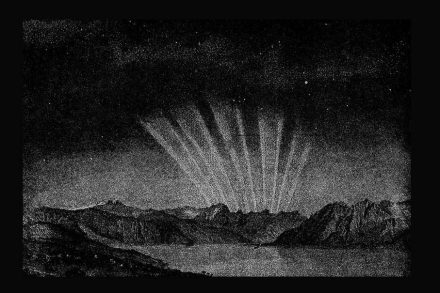 Price compiled all the images from satellites and space observatories into one simulation of the tail. He created videos to track the formation and evolution of these structures, showing how dust fragments topple off the comet head and collapse into long striations.

The simulations clearly show that the current sheet was the culprit behind the disruptions in the dust tail. The current sheet (about 10,000 km thick) is where the solar wind’s magnetic field changes orientation. For the two days while the comet traversed the current sheet, whenever dust encountered the changing magnetic conditions there, it was jolted out of its original positions and replaced in the new structures.

„It’s like the striation’s feathers are ruffled when it crosses the current sheet,“ University College London planetary scientist Geraint Jones said. „If you picture a wing with lots of feathers, as the wing crosses the sheet, lighter ends of the feathers get bent out of shape.“

It was not a surprise to see that also dust particles can be charged. New was that the solar wind can even push particles in the size of those from McNaught. They are about

Understanding how dust behaves in the tail – how it fragments and clumps together – can teach scientists a great deal about similar processes that formed asteroids and even planets billions of years ago. The sun has played a role also in this process. 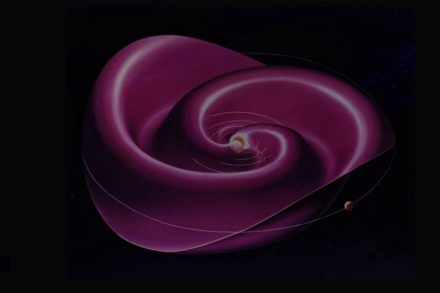