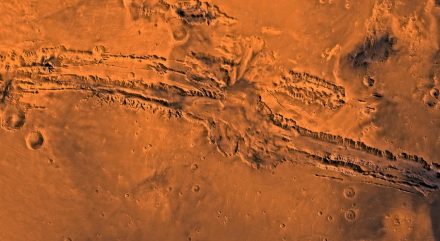 The University of Central Florida is selling fake Martian dirt at $20 a kilogram plus shipping. The material is a so-called simulant developed by a team of UCF astrophysicists on the basis of real Martian soils collected by the Curiosity rover.

The demand for such simulants comes from organizations or firms planning visits to the moon, planets or asteroids. They use the fake soil to simulate how it would be to land and to stay on such celestial bodies.

NASA is already working on sending humans to the Red Planet in the 2030s. The agency has begun developing plans for life-support systems and other technology.

NASA isn’t alone. Elon Musk, billionaire founder of SpaceX and Tesla Motors, is working on his own plan. Mars One, a Dutch nonprofit, is touting a plan to send dozens of volunteers from around the world on a one-way trip to colonize Mars.

For sustainable exploration to work on Mars, the astronauts must be able to use local that would otherwise require costly transportation from Earth. The most prominent question is if it is possible to grow food on Mars — as the space colonists did in the film „The Martian” from 2015. 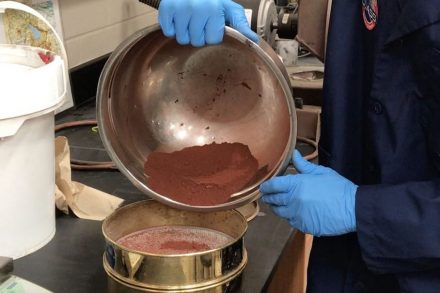 Researchers from the University of Central Florida are working with NASA to figure out a way to extract metals from the Martian soil – metals that could be fed into a 3-D printer to produce the components of a human habitat, ship parts, tools, and electronics.

The aim is to develop a process called molten regolith electrolysis, a technique similar to how metal ores are refined here on Earth. Astronauts would be able to feed Martian soil – known as regolith – into a chamber. Once heated to nearly 3,000 degrees Fahrenheit (1600 degrees Celsius), the electrolysis process would produce oxygen and molten metals, both of which are vital to the success of future human space exploration.

One of the many questions is the form those metals should be in that’s most suitable for commercial 3-D printers.

Other researchers plan to use simulated asteroid regolith that will help them develop hardware for asteroid mining.