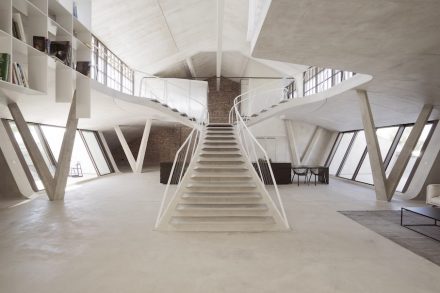 A building typical for the taste of our times is the Panzerhalle (Tank Hangar) Loft in Austria’s city of Salzburg. It was staged as a spectacle not for as living quarters but rather for photo-shootings, weddings, or for conferences. The stairwell stretches over two stories and is more of a sculpture than a means of ascent. The kitchen unit is the „epicenter“ of the location, as the Smartvoll Architects of Vienna put it and the shower unit juts out of the bathroom like a „James-Bond-Décor“.

But one thing at a time: The Panzerhalle is situated on a former military site of Salzburg, birthplace of Mozart. A number of factory-like buildings were erected there in the 1930’s, i.e., for the repair and refurbishment of heavy military machinery of the Austrian forces. The entire site is now filled with newly built dwellings, with the exception of the Panzerhalle, which remained untouched after an investor was found for new implementation. 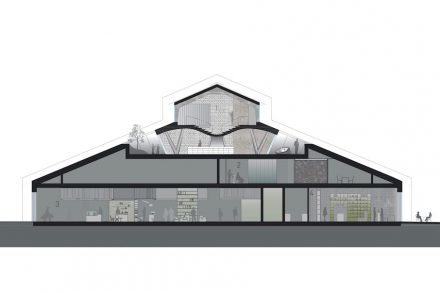 The impressive building, some 200 m long and 50 m wide with a ridge height of 16 m now comprises a market hall, medical center, restaurants and commercial offices. But the climax of the architectural feat is literally the 360 m² loft under the roof. 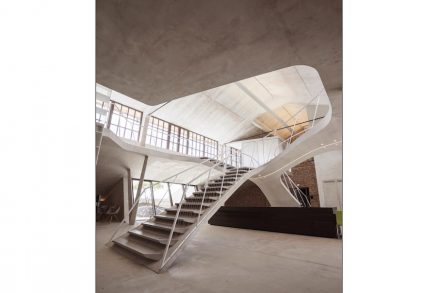 Whoever is admitted, finds himself in a room with stairwell and kitchen units at opposite ends setting unmistakable accents. 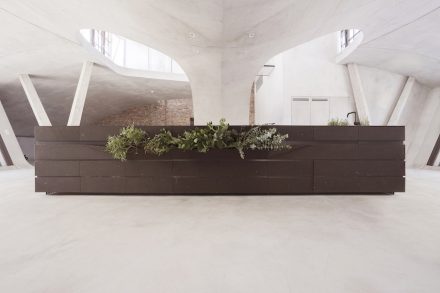 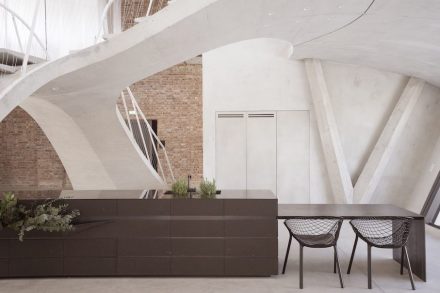 The kitchen unit is 7 m long and clad in lava stone. The heavy material lends adhesion whereas the stairwell made of face concrete swerves to dizzying heights with contrasting weightlessness.

Spectacular stairwells are almost common in Austrian Baroque Castles. But this one is different as it is constructed as a free-floating stair case. The stairwell ascends to the lit ceiling and ends on either side of the gallery, which, in turn, rests upon a V-shaped support. From here the „living-quarters“ can be accessed.

There are practically no delineations. 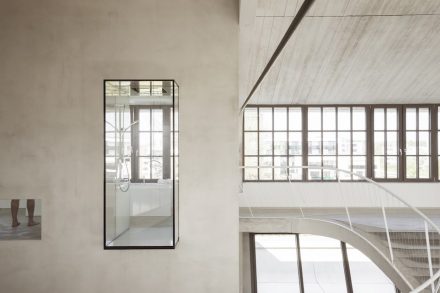 Walls can be found only in the two bathrooms, or more appropriately „wellness areas“, as the description puts it. A glass shower cabin, 5 m high, lends the impression of a command bridge on a ship and juts into the room. 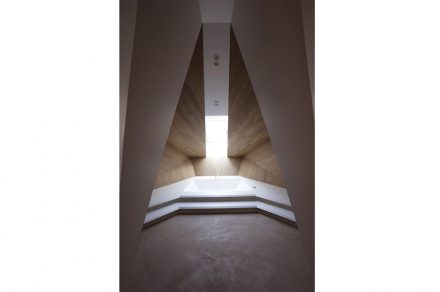 A custom-made bathtub is sunk into a recess. 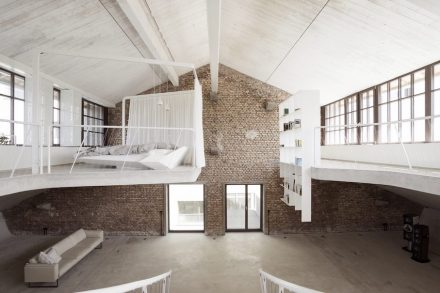 From the bed, a view into the alpine distance lends a feeling of endlessness. 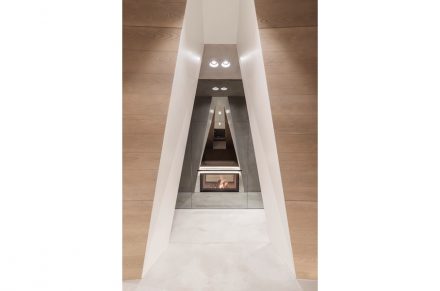 A fireplace is part and parcel of the furnishing. 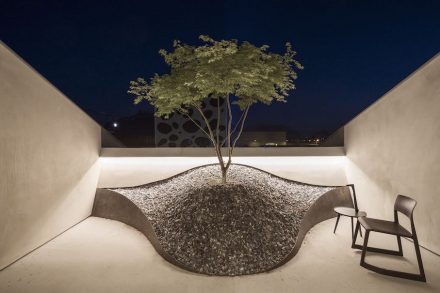 The galleries allow access to the roof-top with two gardens modeled in Zen fashion.

Dominant materials are the brick walls of the old hangar and the face concrete of the stairwell and galleries. To keep the concrete consistent in color and structure it was bought from only one producer who was under strict orders not to mix lots.

The underside of the galleries has an integrated hollow-body synthetic unit to reduce their mass. Each step of the stairwell is poured by hand. Concrete on the floors in the ground floor is smoothed and waxed. 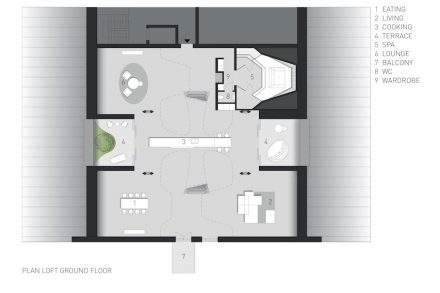 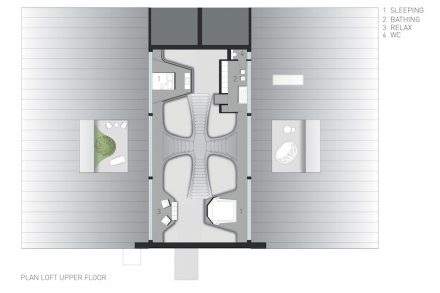 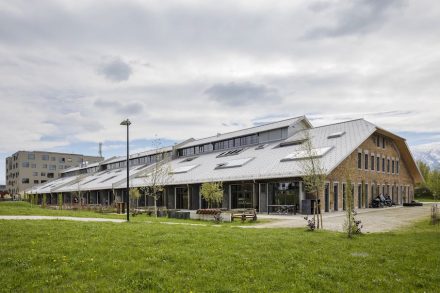 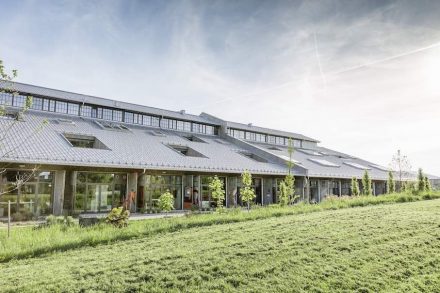