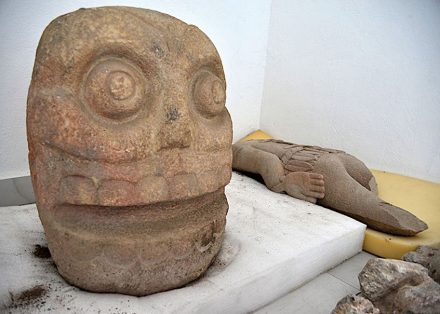 To reproduce the way a maize kernel opens its outer skin before sprouting, victims were skinned in a ritual after having been killed

Xipe Tótec was a deity for fertility and agriculture in the culture of the Popolaca before they were assimilated by the Aztec kingdom (around AD 1450). The ritual was eerie: slaves or war prisoners were ritually killed, skinned and priests and statues of the deity wore these skins for some time.

The ceremony was meant to reproduce the natural procedure when a maize kernel opens its outer layer and then starts sprouting after 20 days.

In the Popolaca’s mythology, documented by Aztecan and later Hispanic sources, Xipe Tópec had skinned himself to secure food for humanity.

In the last years, statues and wall inscriptions dedicated to this cult had been found all over Mexico and Mesoamerica, but now for the first time, a temple has been excavated. As Mexico’s National Institute of Anthropology and History (INAH) informs, the place is located at the archaeological site of Ndachjian–Tehuacán in Puebla state in south-central Mexico, where Popolaca ruins had been found before.

A team of INAH-archaeologists excavated the basement of a pyramid which had served as a temple complex. Inside they found two sacrificial altars and also 2 carved skulls made of stone which represent the skinned face of Xipe Tótec, among other items.

As INAH informs, the god was worshipped in an annual ritual called Tlacaxipehualiztli which means „to wear the skin of the flaying.” According to ancient sources, the victims were killed in a gladiator-like fight or by an arrow on one platform and later skinned on another platform. The layout of the temples matches that description.

According to archaeologists’ dating, the temple was in use from AD 1000 to 1260 which is before the rise of the Aztec power. 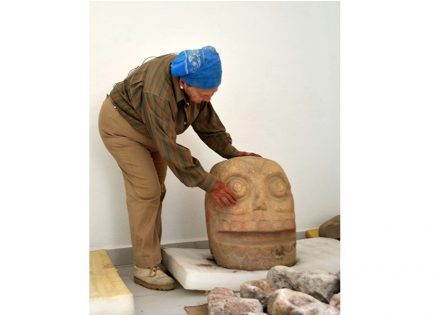 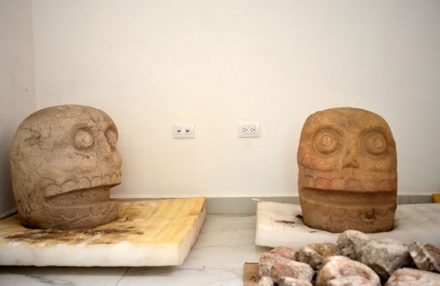 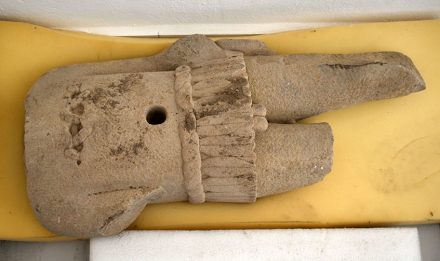