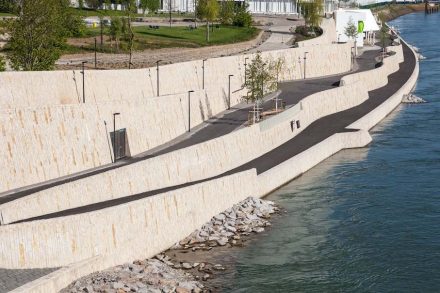 „Undine“ was the name landscape artists of Hager Partner gave their draft for the new concept of a small portion of the Rhein river bank in Basel. It was named after the mythical nymphs dwelling in wells or brooks and whose song is what we perceive as a babble. A famous variant is the Danube Mermaid in Vienna or the Rhein River Lorelei near Koblenz; every mythology has its own sprite. 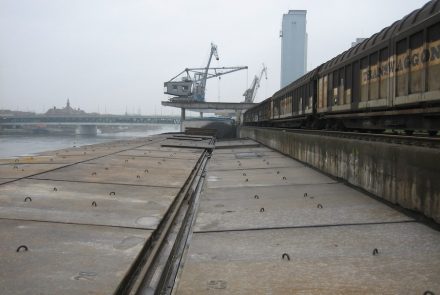 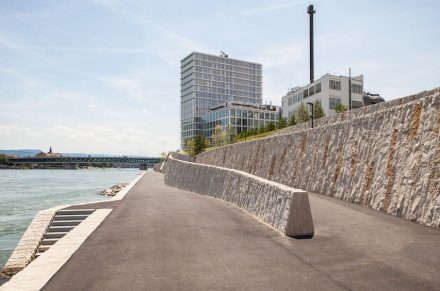 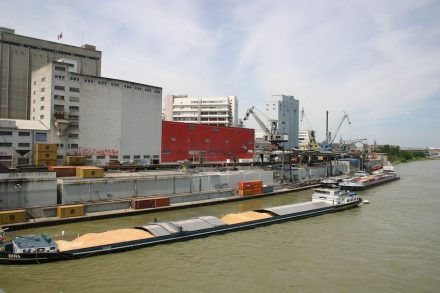 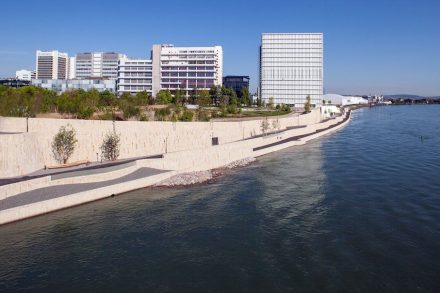 Now that the 600 m long promenade has been completed after 9 years of planning and construction it is obvious that there is really something magical about it. The formerly morbid industrial harbor property was hitherto inaccessible to the public – a conglomerate of unsightly factory halls. Now, and in the shortest of time, it has become a new attraction in the city.

The considerable sum of some 27 million Swiss Francs was obviously wisely invested.

Natural stone played an important role in the project’s success. Its warm beige-ocher hues lend a natural appearance to the river bank.

The embarkment is needed as a protection against rising water levels. Here it is designed in several terraces along the sloping wall. As one would expect of „Undine“ – visitors can easily recognize the turbulence and eddy of the waterway in the steps and ramps: „they flow into one another, melt, and then part ways again seemingly at random“, the architects swoon.

The embankment’s path follows two levels: one close the to the water providing access to the water for swimmers or for a quick shower and another high above safe from rising water.

This much higher promenade has wide sections providing seating for the weary. The embankment gives way to a palisade opening the view on the river.

The circular spaces around trees will develop to ecological niches in time. „The spontaneous growth of grass, herbs, ferns and moss will soon become suspended gardens“, according to the architects.

„The value and meaning will increase as time goes by.“

The limestone chosen for the project is fitting in that it already comes with a natural patina. It was used to clad the unsightly concrete walls. 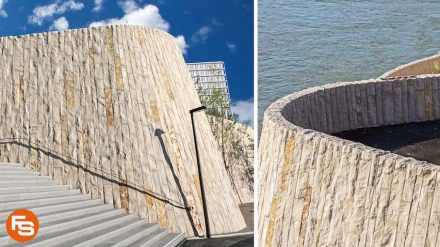 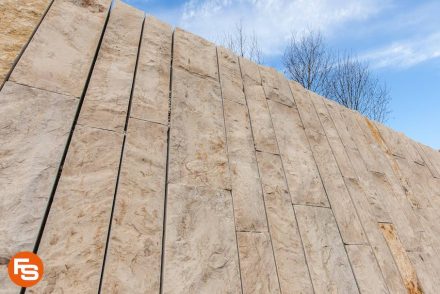 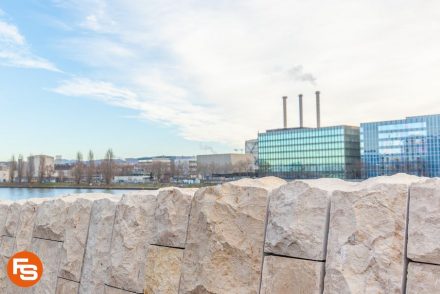 Due to the many curves and bends, the stone cladding was applied vertically in pieces of 16, 22 and 28 cm width. The surfaces are left rough or honed.

The task was considerable as a number of special formats were needed, many of which had to be cut on site.

Franken-Schotter of Germany provided some 10,000 m² Dietfurt Limestone. The stone was laid by StaudtCarrera Company, Zwingen, Switzerland. Pronag was responsible for the complex planning and implementation of the stone.

The „Undine“- concept not only provides a new access to the banks of the Rhein River. It bridges two stretches of the bank and now allows unhindered access from the city center to the French Town of Hunique for pedestrians or cyclists via the 3.5 km stretch.

pdf on the new Rhein Promenade 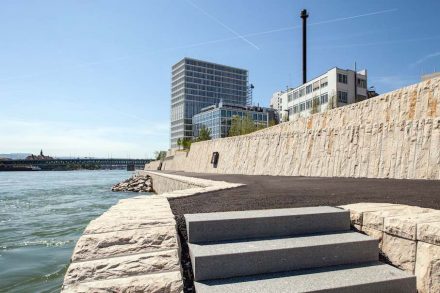 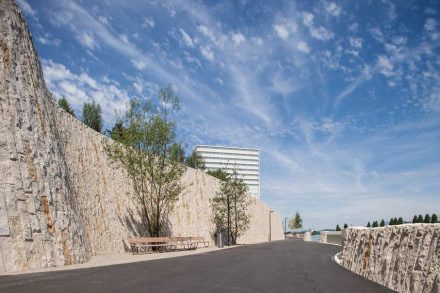 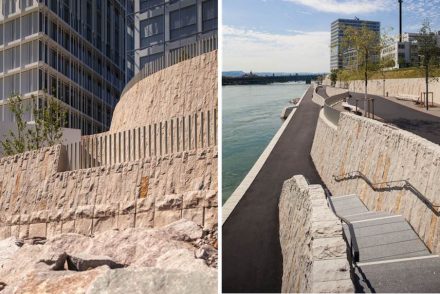