At the Xiamen Stone Fair, parts of the stone branch proved that communication with the consumer is an uncharted land 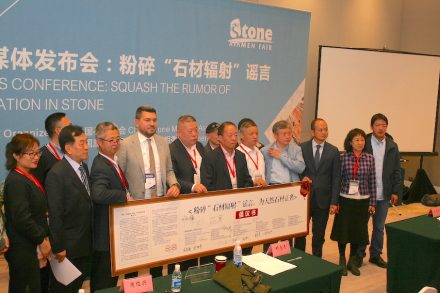 Unrelenting allegations of uncontrolled release of radon gas and radioactivity from natural stone is a theme with consumers in China, too. Which is why the China Stone Material Association (CSMA) in cooperation with the Xiamen Stone Fair 2019 held a press conference to inform, clarify and heighten awareness.
A decade ago, the USA-stone branch faced a storm of false allegations at the time surrounding granite and in particular kitchen countertops made of natural stone; China has been facing a controversy over toxicity in marble for some time now.

Some purport that the controversy is the product of ill-willed competitors.

The Chinese Trade Organization had published a White Book on the subject as early as 2013 in which the result of monitoring proved the allegations to be false.

But the subject was still discussed in the press and social media of China.

Requesting the voices of international experts as well as national representatives was a step in the right direction.

But the event was a failure.

The main reason for the failure was that the natural stone branch has no experience in communicating with consumers. 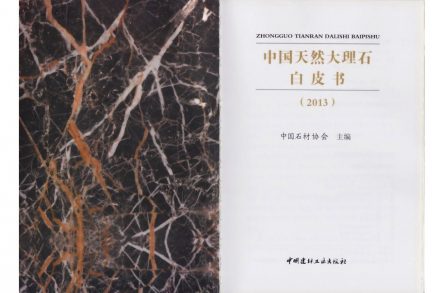 The disaster began with a presentation by Prof. Zhu Li, radiologist at Tsinghua University. Controversy over the gaging methods was the main point of contention. Prof. Zhu complained that colleagues were unwilling to accept the result of his measurements as proof of harmlessness.

By this confusion had taken possession of the event.

The next speaker, Jim Hieb of the US-National Stone Institute (NSI) entered the forum on lost ground. An experienced speaker, the NSI-Chief came right to the point with great determination: „Natural stone is safe“, but the confusion remained.

Things got worse still, when Ali Şayakcı, President of the World Natural Stone Association (Wonasa) took the podium. He chose irony to bring his point across, mentioning the 4000-year history of using the material and in closing, he pulled a banana out of his pocket saying, radioactivity could be monitored in fruit as well.

That is correct. But in B2C (Business to Customer) communication this is a fatal error. Even if consumer fears are worth being criticized, they must be taken seriously.

The closing talk was held by Zhou Junxing, in managerial capacity with the National Technical Committee for Stone Standardization among others. He referred once again to the measurements by State-run agencies. The Ministry for Housing, e.g., had given marble the thumbs up as early as 2001.
But rumors are hard to quash once they ensue.

CSMA Trade Organization’s Deng Huiquin emphasized that „our work will continue“ and we will „mobilize all forces to do justice to the marble“.
On invitation of Qi Zigang, vice president and secretary-general of CSMA, the end of the conference was marked by a joint declaration in which the branch as a whole pledged to combat „improper competition“.

After the press conference, Hans-Dieter Hensel from Hensel Geosciences, Australia spoke about „Radiation and Radon in Natural Stone – setting the record straight” to answer and explain questions in detail.