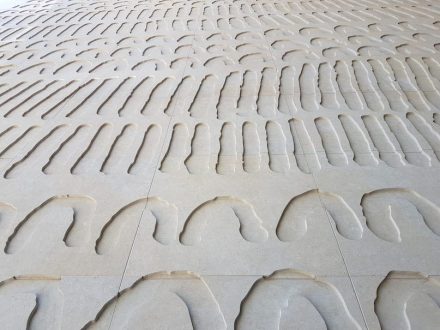 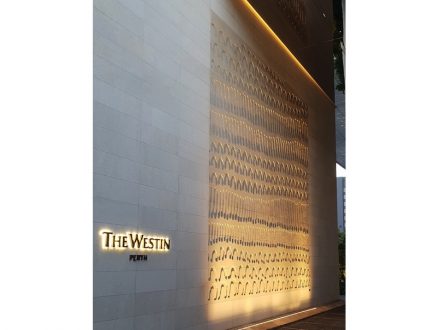 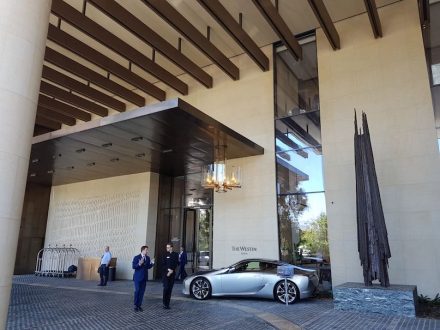 Western Australia’s Capital, Perth, on the so-called 5th continent, has age-old ties to Europe: The Dutch were there, it was administered by the British and named after a Scottish city; even the French settled there. But there was never a strong Iberian presence – at least not to our knowledge.

As far as the culture of the locals is concerned, the urban and suburban proximity plays an important role: many city and district names are reminiscent of the ancient Noongar culture and its language.

All these elements came together in the new Westin Group Hotel, including Iberian participation: Bateig Company with headquarters in Alicante, some 14,000 km away on the other side of the globe, provided 3,500 m² of limestone for the façade and 5 objects of art.

Production of the façade elements made of Bateig Beige Verona with a sand-blasted surface, was routine, as was the mounting of the elements on the façade – carried out by Piedra Company Ltd. 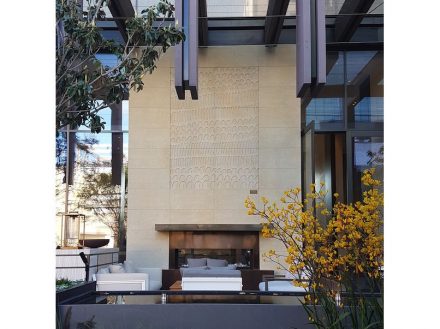 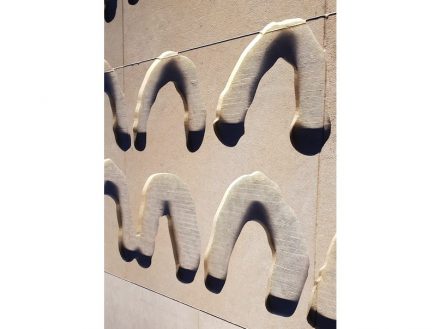 The artistic elements were a major challenge. Motif for the wall panels for the outdoor area as well as for the interior of the building were original paintings to be transferred to limestone surfaces.

Bateig’s CNC specialists completed the task to the fullest satisfaction of the artists. Claire Beausein, one of the artists, was full of praise when Bateig’s Ina Brüggemann contacted her on a search for photos for our article. Unprompted, the artist wrote: „Your company did a fabulous job of carving the translations of my artworks into stone. Please thank the carvers for their beautiful work.“

Right at the entrance visitors are confronted by works of Lena Nyadby who represents art and culture of the indigenous people. She interprets and realizes „Dreamings“ as she calls them. By this she means memories of her life of poverty and that of her people.

„Jimbirla“ is all about sharp stones used as spearheads by the Gija. 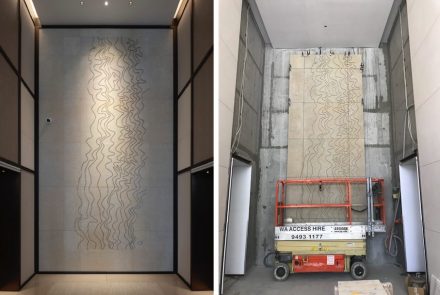 Three of Claire Beausein’s works are installed in the hotel: „Driftwood“, the original of which adorns the Presidential Suite. The image can also be found near the lobby elevators – in limestone. 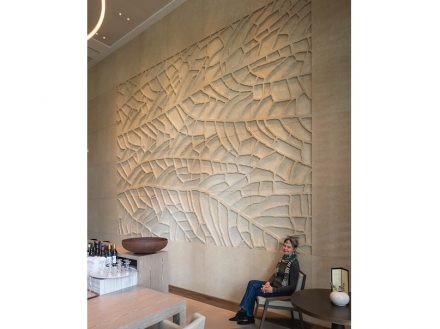 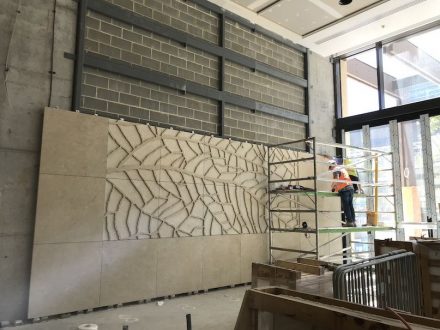 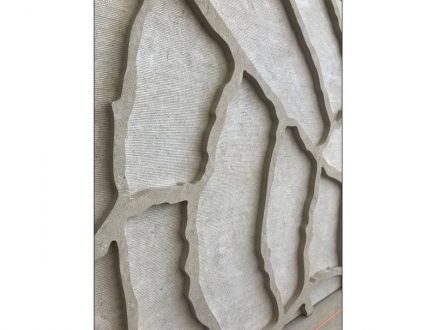 One wall in the hotel’s bar is characterized by her work bearing the title „Ningaloo III“. A photo of the artist next to her work puts the dimensions into perspective. This work, too, is composed of several pieces.

All in all Westin Perth accommodates some 2000 works by Australian artists.

A photo gallery on the hotel’s webpage with a glimpse of more than 350 rooms shows a sample of natural stone implementation in interior design.