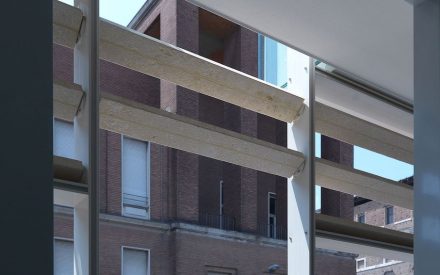 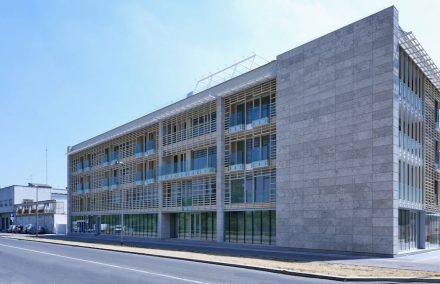 Grassi Pietre informed us about the new Residence Duchessa Margherita building which had been realized with the company’s limestone Pietra di Vicenza in Piacenza in Northern Italy.

On one hand, the new project had to respect the volume of the neighboring buildings, on the other hand, it had to allow multiple functions like shops and offices on the lower floors and apartments above.

The solution by the architects from studio Paolo Pagani was „a double façade system: an internal façade marked by wide glass opening and a second external façade composed by a grid in stone foils and aluminum pillars.

„The reason of this second light façade, gently overlaid to the first one, is due to the strong requirement to find a rigorous and uniform rhythm to give to fronts. A visual screen has arisen, likewise a tend to protect the internal building and to hide the prospects complex articulation.“ 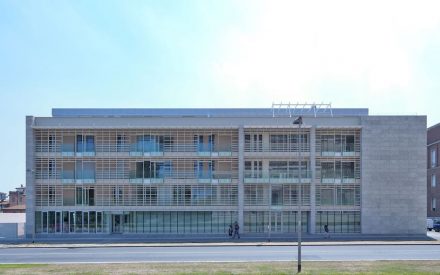 „The Pietra di Vicenza was chosen in its Grigio Alpi variant and sandblasted finish, which gives an ancient look to the material and matches to the stone used to in the Palazzo Farnese, facing this new edifice”, according to the press release.

Grassi Pietre informs on its webpage: „An ulterior characteristic of the stone less known than others, is that it has a powerful thermal inertia. In the case where the stone cladding is designed as a ventilated wall, the construction increases even more the degree of energy performance and relative living comfort. 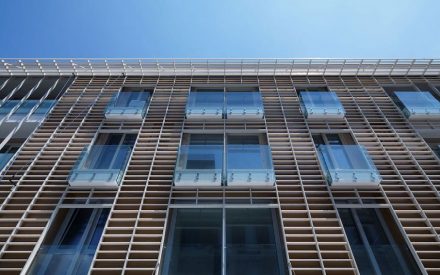 „The ventilated stone wall, in fact does not allow to disperse heat in winter, maintains a good degree of refrigeration during the summer months, it defends from sunlight and heat thanks to a natural ventilation of fresh air inside the wall and it protects from the cold by coating the building.
„Moreover, a ventilated stone wall allows an excellent hygrometric comfort because it isolates from water and humidity and it facilitates the release of the internal steam as well as ensuring an equally excellent degree of sound-proof.“ 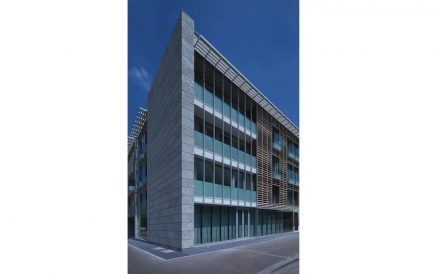 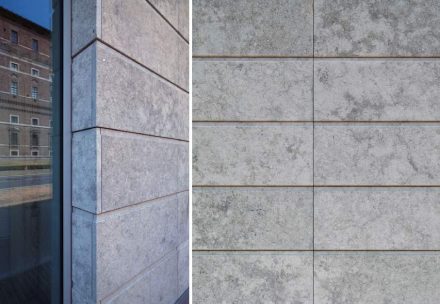