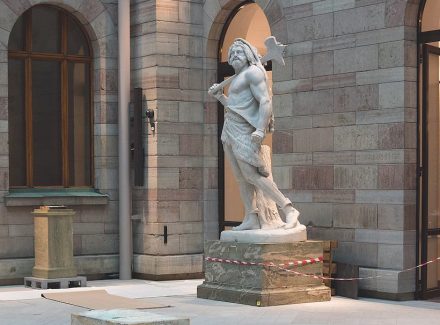 Local limestone is the building’s distinguishing factor inside and out

„The Gods have returned!“ writes the Swedish Trade Magazine Sten (Stone) in its issue 04/2018 tongue in cheek. The fearsome figures of Odin, Thor and Balder carved from Carrara Marble have returned to Stockholm’s National Museum. The refurbishment and restoration took more than five years and cost 1.2 billion Swedish Krona (115,6 million €; 129 million US-$); the efforts were rewarded with the first prize in the Swedish Natural Stone Awards 2018.

In 1980, the Gods had been banished to the Orangery in accordance with the zeitgeist of yore. Now they have been returned to the Swedish National Museum where the atrium is their new home in company of other sculptures.
The entire building was turned topsy-turvy during renovation: fire protection, modern security measures, and air conditioning were installed – measures which will enable the museum to borrow famous works of art from abroad.
The acoustics were also improved.

And, last but not least, the exhibit area was enlarged to accommodate 5000 works of art, more than three times the original 1500. 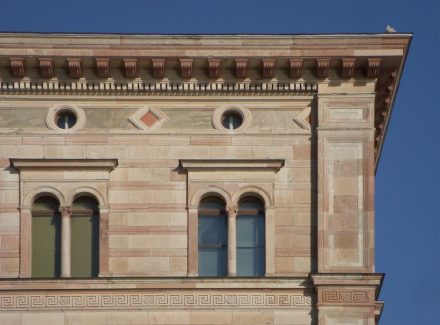 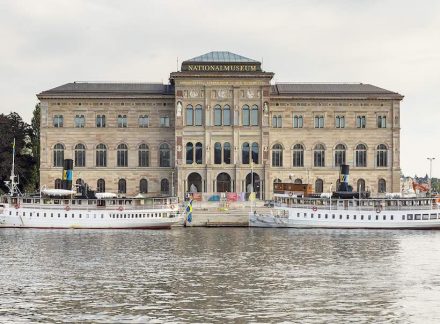 Limestone is the building’s distinguishing factor both inside and out. Some 1500 stone ashlars of the gray façade with red stripes were replaced.

Defects in the cladding had to be resolved to prevent water from seeping into the masonry. 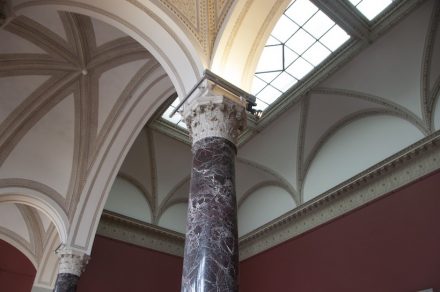 The marble splendor was restored to its original magnificent state with great attention to detail, e.g. in the stairwells and on columns. 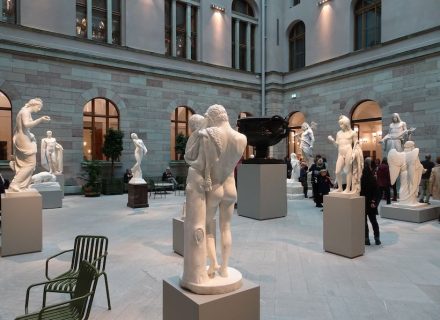 One of the aims was to make the museum more attractive for the citizens of Stockholm. Trade Magazine Sten writes of „livingroom“ and states that „visitors mingle with toga-clad historic marble statues“. 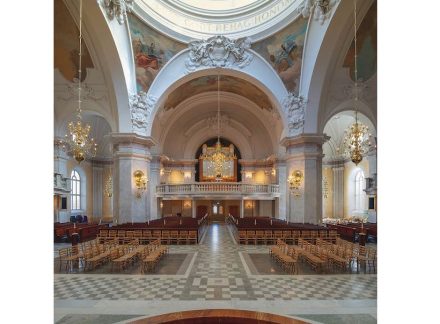 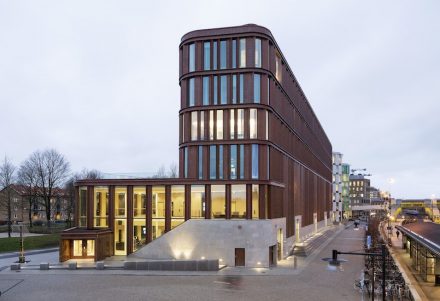 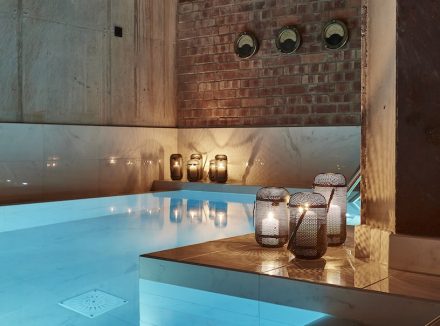