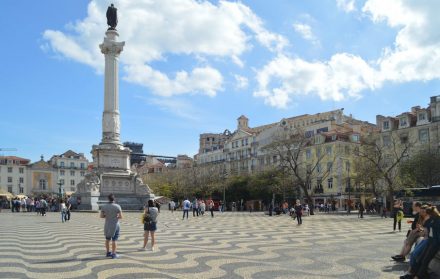 Lisbon is the new star in PricewaterhouseCoopers’ „Emerging Trends in Europe 2019“ study about overall investment and development prospects of cities on the old continent. The Portuguese capital rose 10 places to number one. Lisbon „is now an international destination for companies, investors and tourists“, as said on page 31 of the study available for download.

In general, the ranking of 10 top leading cities is „a mix of smaller newcomers and the large, tried and tested markets“.

Helsinki is another new entrant in the top 10. „The Finnish economy is growing robustly, and international investors have started to join in the market… Indeed, Helsinki’s rise is in sharp contrast to its Nordic neighbors Stockholm and Copenhagen, both of which tumbled 11 places and out of the top 10: Copenhagen to Number 13 and Stockholm to Number 19. Oslo, meanwhile, remains roughly mid-table at Number 16.“

Also, Vienna is a new entrant. „It is growing, it scores highly on quality of life, and the Vienna Central Station project is creating a 109-hectare urban district with a new railway station at its core.“

Dublin, Madrid, and Amsterdam retain their placing in the top ten this year. „Two are cited as potentially benefiting from Brexit: Amsterdam and Dublin as back-office locations”.

In contrast, Brussels, the de facto capital of the European Union, does not inspire as much enthusiasm among Emerging Trends Europe’s respondents, who rank it Number 23.

The study gives divergent rankings to Paris and London. „Paris’ prospects have risen, placing it just outside the top ten at Number 11“ due to a Macron-boost for a more-government-friendly government.

London, on the other hand, now stands at Number 29 for overall prospects: third from bottom, just above Moscow and Istanbul. „The UK’s regional centers – Birmingham, Manchester, and Edinburgh, are also lowly ranked. Clearly, the continuing uncertainty about the form Brexit might take and how it will impact the UK economy is a concern.“

Parts of southern Europe have good prospects in the study. „Madrid, which has edged up to Number 4 this year, is on many international shopping lists because of a strong likelihood of rental growth.“

In Italy, Rome and Milan are further down.

Yet Athens jumped up 15 places and is now number 14.