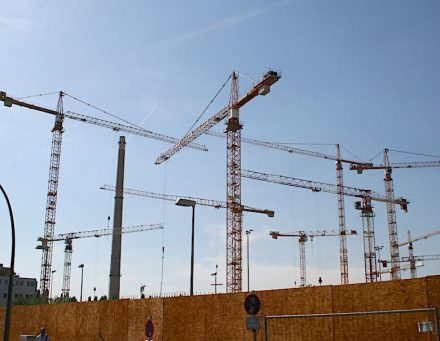 Evil tongues claim that Europe is shutting out non-Europeans from its markets. Proponents call it enforcement of political interests: new rules on public procurement have been in force in the European Union since 2017. Provincial and municipal procurement of goods and services now may consider social and ecological issues, whereas up until now price was the deciding argument so the cheapest bid won the race.

The not-so-new rules allowing social and ecological aspects flow into consideration are currently being underscored by guidelines on federal, provincial, municipal, and even communal levels. The new situation had been also discussed at the Stone+tec 2017 Trade Fair in Nuremberg.

In terms of natural stone, roads and public places, i.e. where cobblestone and stone slabs are used. Also in public buildings stone is often used for façades.

Now administrations are empowered to decide according to other criteria than merely lowest price. Decisive criteria could be, e.g., the conditions under which labor is employed or what the ecological implications are locally.

European suppliers have an automatic advantage as they are under constant scrutiny for compliance to international labor laws.

As far as ecological interests are concerned, strict rules apply as well, and are enforced.

Activist groups and labor unions have a watchful eye on commerce in Europe.
For natural stone suppliers outside the EU this means:
∗ Transportation routes could play a decisive role for procurement agencies;
∗ Goods bearing a seal of excellence will be at an advantage, not merely those with an attractive price tag.

But the seal of excellence or certification is controversial. In some countries the seals are provided by the State itself which then accepts it as a proof of excellence.

Here, too, there is clarity.

The rules are also applicable for gravestone made of natural stone.

Note that the new rules apply only where public procurement is concerned.

In the private sector the customer is free to decide which criteria will apply.
But the State forges ahead with a good example and the mass of turnover will force suppliers to comply.

German Webpage on sustainability in procurement (in English)