Tino Design Contest: Ideas for functional household items made from a slab of Black Dune Marble 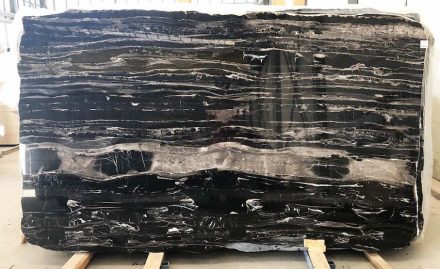 Iberian Tino Company solicited for contestants for its 2018 Design Contest directed at design students and young professionals. The object was to transform a 2.5 m x 1.5 m and 2 cm thick slab of Black Dune Marble into a household item.

Unusual ideas were called for, but the item should be functional. Waste of material was not forbidden but participants were reminded of their moral obligation to environmentally conscientious production.

No matter if the draft required ingenuity and a lot of skill to produce – Tino has specialized in catering to customers’ special whims and wishes for over 35 years. It has become a branding.

Three awards were to be won. Drafts were to be realized in Tino’s factory workshop and handed over to the designer as a prize including a small purse for extra costs and materials in amount of 300 € for first prize and 100 € for honorable mentions. Professional photo-shooting was also arranged. And finally there was a trophy and a certificate. 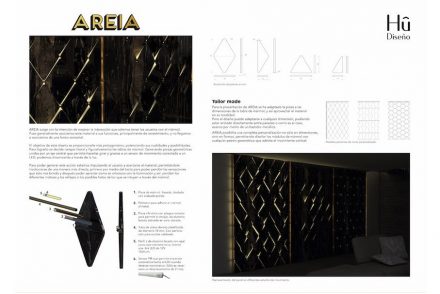 „Areia“ (Sand) was the brainchild of Adriana Buitrage for which she received first prize. The slab was used as a wall cladding or room separator. Cutout elements placed ajar were back mounted for possible rotation if desired.

The idea was to make stone – preconceived as heavy and massive – appear light as lace with the aid of light and shadow. With the help of a movement sensor the elements could be awakened when someone enters a room.

Custom settings and remote control are possible. A variety of geometric elements can be worked into the surface. 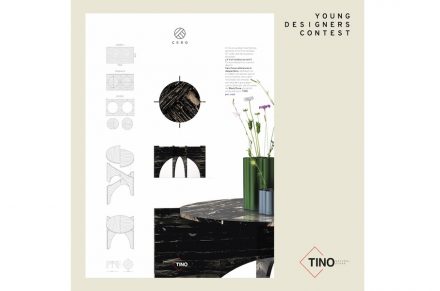 „Cero“ (Zero) is the name Verónica González and Alfredo Lamberti gave their table. Construction and assembly were achieved practically without any waste: to be exact – the slab was big enough to render two tables.

The principle was simple: the cut-out left over after the table-top was removed was re-appropriated for use as table-legs placed one in another at 90° like cardboard stand-up dolls. The table-top fits within the cut-out so the legs overlap – a distinguishing factor of the design. 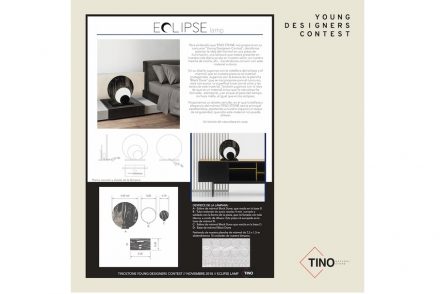 Catia Santos was careful to ensure that pattern for her lamp „Eclipse“ would achieve maximum yield (10 copies). She worked with two sheets of stone and one of glass: the pieces were arranged in such a way that the glass dissipated the light and the back sheet was lit indirectly but the front sheet remained in the dark.

Calls for submissions to the 2019 competition are already under way.

A description of the award-winning projects as a pdf 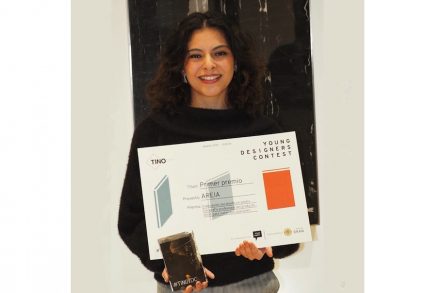 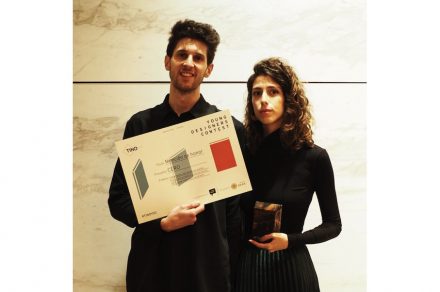 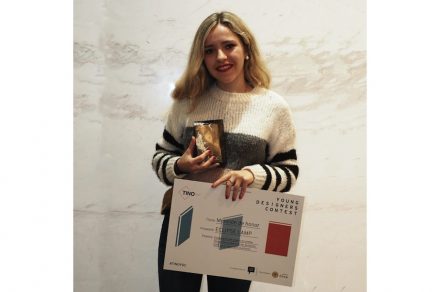