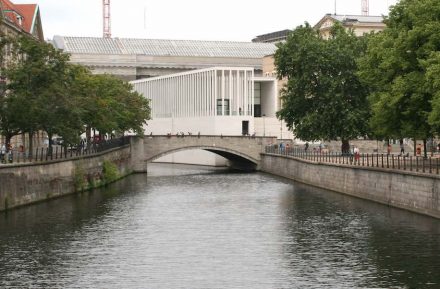 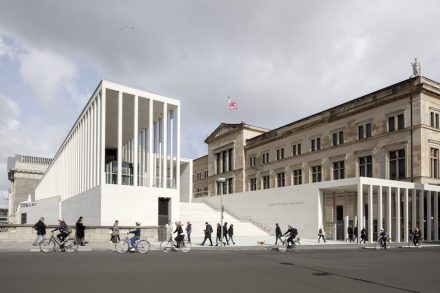 As the new gateway to the Museum Island in Berlin, the James-Simon-Galerie plays a significant role and is suitable for welcoming large numbers of visitors, housing all the facilities required by the contemporary museum-goer. David Chipperfield Architects designed the new building, on one hand creating a contrast to the old museums built between 1830 and 1930, and, on the other hand, strongly tying both together.

„It is breathtakingly beautiful,“ was one of the many enthusiastic statements at the press conference. With „it shines throughout the city,“ an architect from the planing team is quoted in the media. 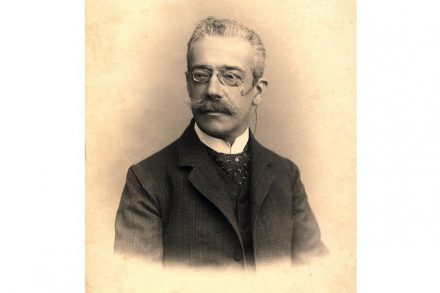 Before we discuss how Chipperfield architecturally linked old and new, a few words about the name of the new building. James Simon was an outstanding arts patron in Berlin during the imperial era. Coming from a Jewish family of successful traders, he not only provided funding for important Middle East excavation campaigns but also bequeathed many of the finds in his private collections to the city. Nefertiti is only one ot the many examples.

And he also generously supported social projects, such as bathing facilities for the poor and worker families.

At the press conference, Hermann Parzinger, President of the Stiftung Preußischer Kulturbesitz, and Michael Eissenhauer, Director General of the Staatliche Museen zu Berlin, explicitly pointed out the significance James Simon’s donations still have for today’s cultural landscape of Berlin. And: Simon was ultimately only the most prominent among the many patrons of Jewish faith.

Chipperfield’s architectural language adopted existing elements at the Museum Island, primarily from the external architecture, such as colonnades and the outdoor staircase, making reference to Schinkel, Stüler and the other architects involved in the creation of the site. 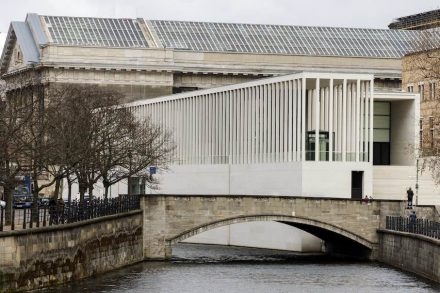 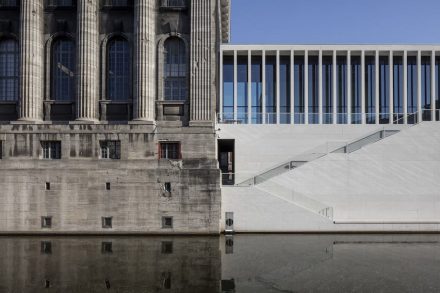 Columns are a leitmotif of old and new. They are reminiscent of the famous sketch by Friedrich Wilhelm IV for his ,cultural acropolis’. Yet Chipperfield transformed the massive natural stone columns into small rectangle concrete pillars.

While the color of the stone at the ancient façades is warm, the new pearl-grey concrete has a cold and modern expression. 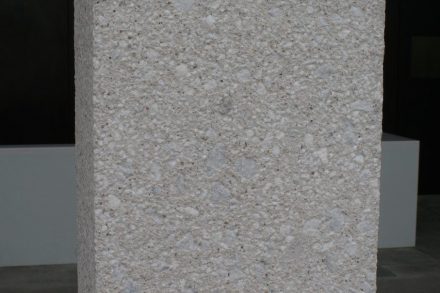 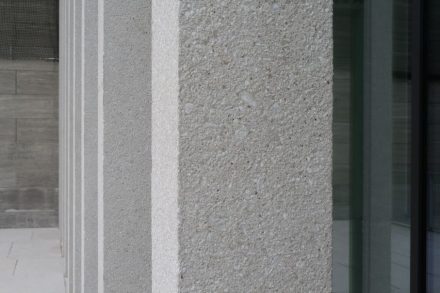 The material is a special mixture of cement, sand, and marble flocks coming from a mine in Saxonia. As the surfaces were to be sandblasted afterward and each side of the pillars should look like the others, the production process was sophisticated: to make sure that the heavy marble flocks did not compile at the bottom side of the molds, a vibrating table was used.

The sandblasting gives the surfaces a lively appearance which can also be found at the limestone used for the flooring inside the building. 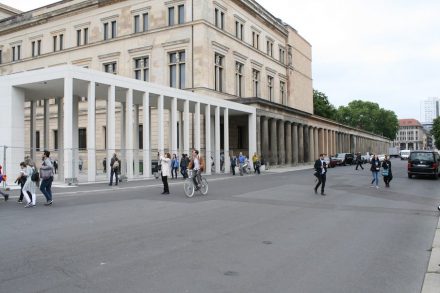 Another link between old and new was reached by continuing Stüler’s old colonnade by pillars made of the pearl-grey concrete. By this was also created a new small courtyard between the James-Simon-Galerie and the neighboring Neues Museum.

The interior spaces are dominated by smooth in-situ concrete. 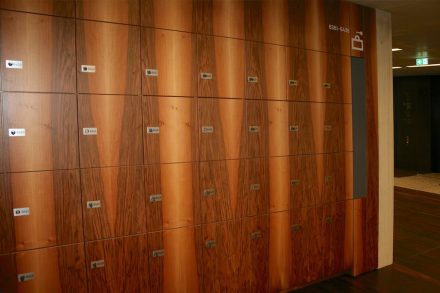 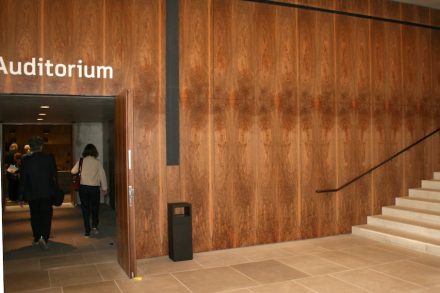 Worth a mention is also Chipperfield’s usage of wood e.g. for the locker walls: the architect used the material in a book match style without aligning the design along the rows of the locker doors.

The James-Simon-Galerie addresses itself to the Lustgarten, the Schlossbrücke (Palace Bridge), and the Kupfergraben canal. It forms a physical connection above ground with the Pergamon Museum and links the museum via the „Archaeological Promenade“ at basement level with the Neues Museum, the Altes Museum, and the Bode Museum.

Arriving at the upper level, visitors enter a generous foyer, with info and ticket counters and direct level access to the main exhibition floor of the Pergamon Museum.

The foyer also encloses the cafeteria and opens out onto a grand terrace that, along Kupfergraben canal, runs the full length of the building. A mezzanine floor beneath the main entrance foyer accommodates the museum shop, a large cloakroom, toilet facilities, and lockers, while the temporary exhibition spaces and an auditorium are situated in the basement level. 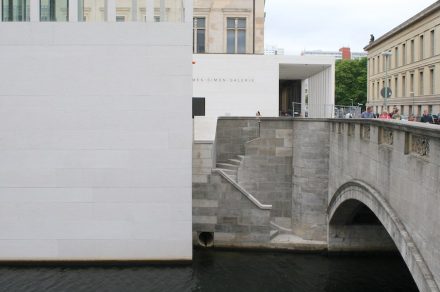