Budri’s showroom in downtown Milan: worth a visit 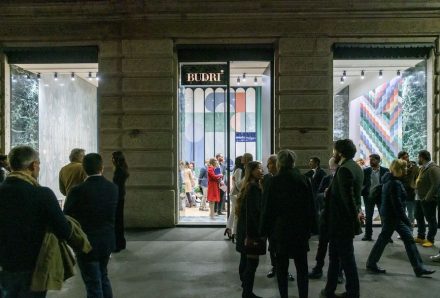 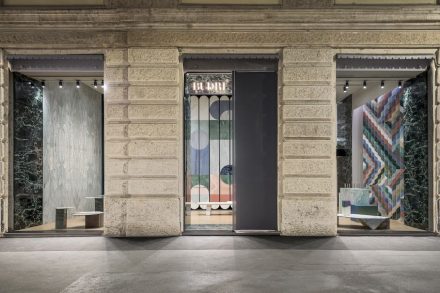 The showroom, exhibiting extravagant but always functional natural stone products, could go by the title „Best of Budri“. In it, a selection of design ideas compiled by CEO Gianmarco Budri and his wife, Art Director Alessanda Malagoli Budri are on display. More than once in the past years, the couple has provided important impulses for the stone branch. Path-breaking creations in cooperation with internationally renowned designers, e.g.: Patricia Urquiola, are on display.

The exclusive three-story showroom is situated at Foro Buonaparte 60 in downtown Milan just a few steps from the Underground stations Porta Cadorna and Lanza. The characteristic style known from Budri’s Trade Fair exhibits, is thought through from A-Z in minute detail. 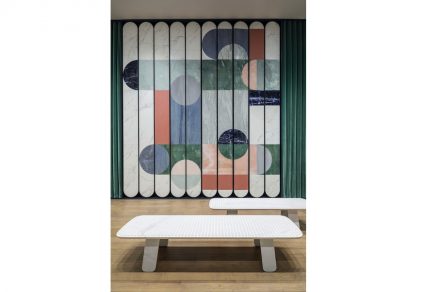 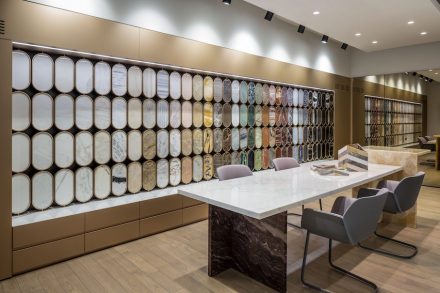 The ground floor entrance is arranged „like the stage of a theater“, according to the press-release. Once inside a maze of paths leads visitors through a myriad of rooms in which, as if by chance, works by Budri are on display.

The highlight of the exhibit is the two-story high „Marblelace“ grid, a sort of woven artwork made of marble elements. 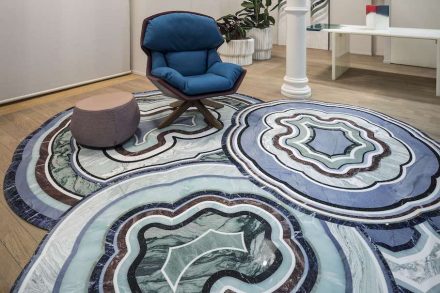 Finding Budri’s old friends and acquaintances from past Trade Fair exhibits among new displays, is elating, e.g.: a natural stone rug worked to such perfection in detail that one would think it is made of wool.

Budri’s goal is to „Give Voice to marble“ according to the press documentation. Onyx is another of the materials which Budri likes to include for contrast in structure and color.

Speaking of trend-setters: Budri was one of the first companies in Italy to work with natural stone waste. Patricia Urquiola’s installation at Marmomacc 2011 got the ball rolling for what is now a major theme in the branch.

We could name a number of trends, which Budri took on the bandwagon before anyone else. 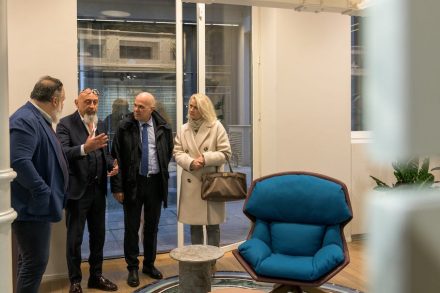 E.g.: we noticed that Gianmarco Budri was wearing two pairs of glasses around his neck most of the time when we first met him – one of which was usually parked on his forehead – a common appearance today, not only in Italy. 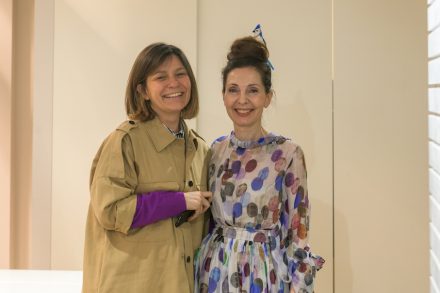 For the opening of the showroom this year, Alessandra Malagoli wore a blue jay in her hair. „Birds are sweet animals“, she remarked jovially.

Wait and see if it’s the beginning of a trend. 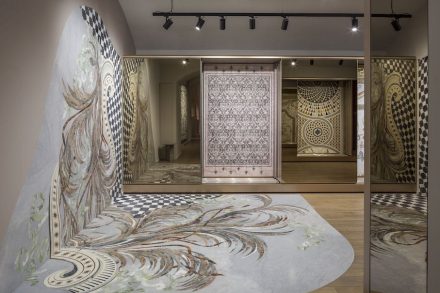