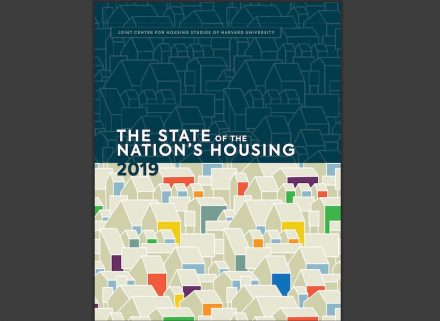 With the nation’s economy on sound footing and incomes on the rise, the number of people forming households in the US has finally returned to a more normal pace. Housing production, however, has not. The 2019 State of the Nation’s Housing by the Joint Center for housing Studies of Harvard University report documents how the housing shortfall is keeping pressure on house prices and rents, eroding affordability for modest-income households in many markets.

Several factors may be contributing to the slow construction recovery, including rising land prices, regulatory constraints, and persistent labor shortages. These constraints raise costs and limit the number of homes that can be built in places where demand is highest.

Despite these challenges, the report finds that the number of homeowners in the US continued to rise in 2018, while the number of renter households fell once again, a stark contrast to the increases of the 12 preceding years. Meanwhile, the share of households paying over 30 percent of their income for housing declined for the seventh straight year in 2017, but much of the progress was among homeowners, while cost burdens for modest-income renter households continued to rise.

To ensure the market can produce homes that meet the needs of a growing population, the public, private, and nonprofit sectors must address constraints on the development process. And for the millions who struggle to find housing that fits their budget, public efforts will be necessary to close the gap between what they can afford and the cost of producing decent housing.