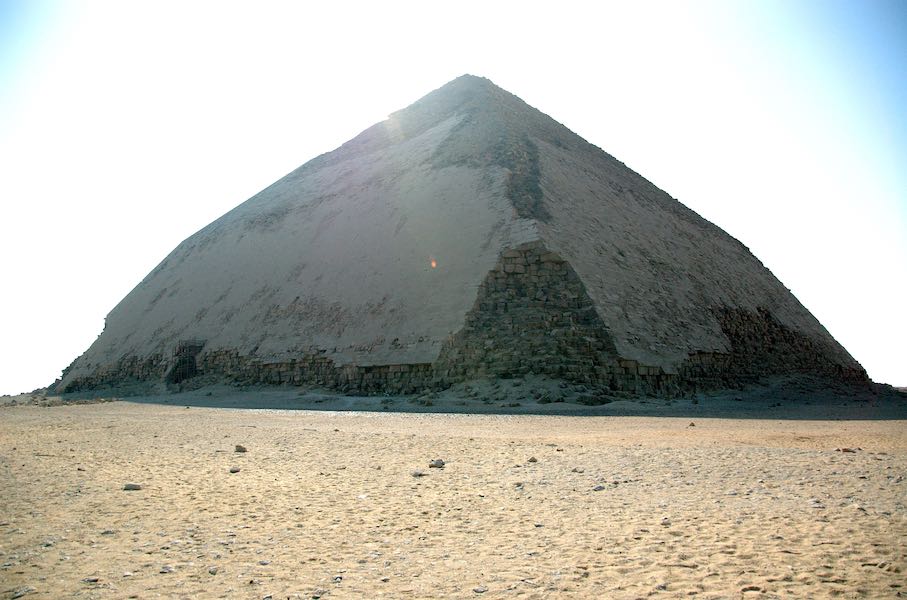 Pharao’s Sneferu’s famous Bent Pyramid is again accessible for tourists since July 2019. For the first time since 1965 visitors may reach the two grave chamber through a 79 m long and narrow stone tunnel from the Northern entrance.

Due to its unique, the building located about 40 km South of Egypt capital Cairo is a special attraction among the many spectacular sites from Pharaos’ dynasties. Unknown is the reason why its shape is bent inwards at a height of 49 m. One of the many theories says that it was originally too steep, became unstable due to the huge mass, cracked and was therefore completed with a shallower rise to the final height of 101 m.

Due to the construction problem is was never used as a burial site for the king but only as a place for ceremonies.

Experts say that it was only one step in the development of ancient Egyptian architecture from Djoser’s set pyramids to later perfect constructions. Unique is also that its limestone cladding almost completely preserved since ancient times.

It had been closed for restoration since 1965.

Open for tourists is also Sneferu’s Red Pyramid in the proximity. 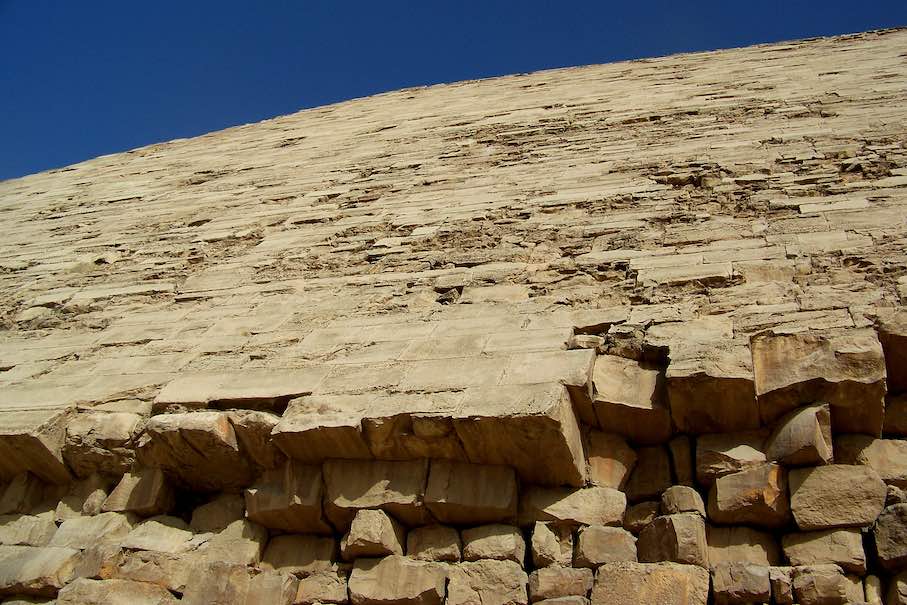 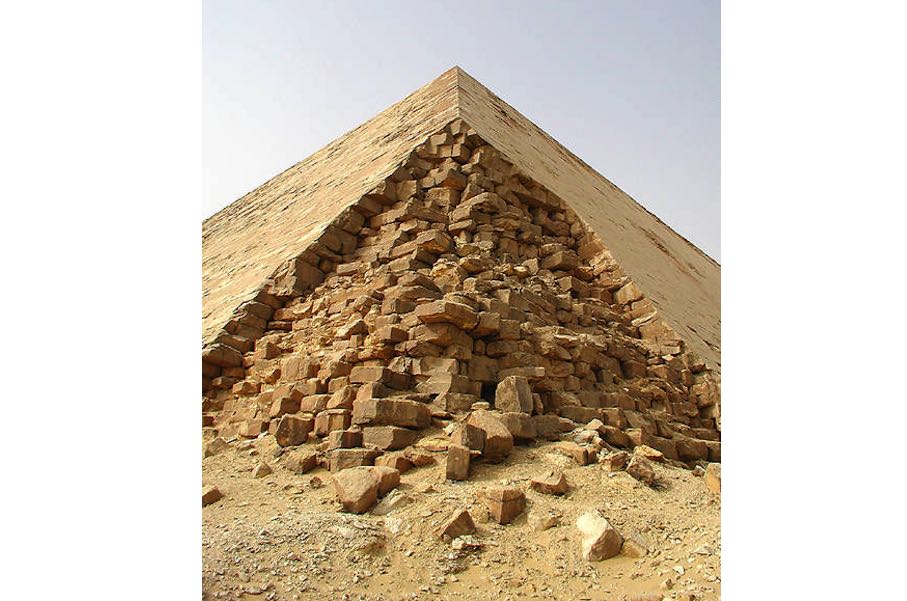