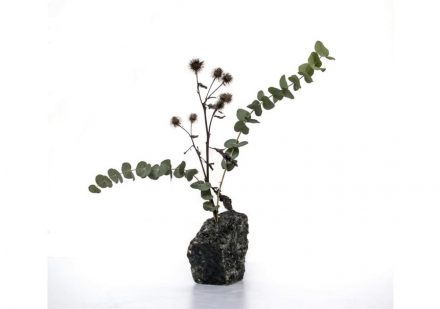 „Minne“ is the name for vases by designer Kaja Dahl made of Emerald Larvikite stone from Norwegian Lundhs company. Each piece is like a raw cobblestone giving place only for one or two flowers or leaves. The objects were shown at the 1000 Vases Exhibiton during Dubai Art Week 2019 (1, 2).

Tourists sitting down on the 18-century marble Spanish Steps in Rome are risking a fine according to new rules taken by local authorities in order to regulate mass travel.

„Nine Projects That Prove Scraps of Marble and Stone Make for Excellent DIYs“ ist the title on a webpage of Architectural Digest.

A popular place in Japan is the church with groundwork in stone built in Nagano, Japan built in 1988 by architect Kendrick Kellogg.

Five shipwrecks from the 3rd Century BC have been found in the Aegean sea near Levitha (Lebinthus) Island. Many amphorae were discovered and a 400kg granite anchor pole which most likely dates from the 6th century BC.

The Babylonian conquest of Jerusalem in 587/586 BC reported in the Bible was real, scientists from UNC Charlotte University say after analyzing finds at Mount Zion.

Mysterious semi-precious stones have been found in a house in Pompeii. Scientists suppose that the items might have been used for rituals.

Video of the month: When erecting a drywall, it is important that the gaps between the stones be done properly and not simply filled up, according to the Drystone Wall Association of Ireland.