After rockfall at the Matterhorn Hörnli ridge in 2003: now, millions of data points observe any change in the rock 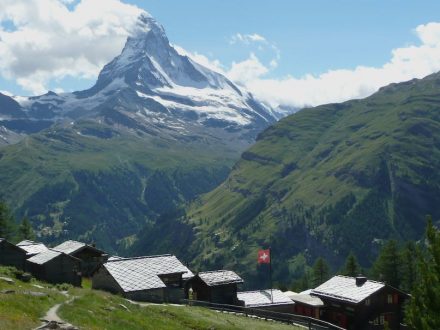 The summer heatwave of 2003 triggered a rockfall that shocked both researchers and the general public: 1,500 cubic metres of rock broke away from the Hörnli ridge of the Matterhorn 3500 m above sea level – a volume roughly equivalent to two houses. Experts soon realised that the record temperatures had warmed the rock down to such a depth that the ice contained in its pores and fissures had melted. This effectively caused a sudden reduction of the bonding holding the rock mass together.

The unpredicted rockfall was the incentive for setting up PermaSense, a unique project consortium bringing together experts from different engineering and environmental research disciplines from ETH Zurich and several other institutions, including the universities of Basel and Zurich.

The project was launched in 2006. In the 10-year research period since then, a total of 17 different sensor types positioned at 29 distinct sensor locations in and around the 2003 rockfall zone have delivered 115 million separate data points.

„The combined analysis of long-term monitoring obtained from different types of instruments lead to a better understandingof the processes that can bring a destabilization of steep rock,“ says Samuel Weber, co-leader of the project and now postdoctoral researcher at TU Munich. 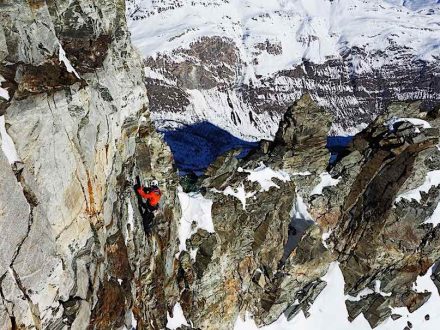 The sensor network also comprises an automatic high-resolution camera that takes photos of the fracture site every two minutes. „Crackmeters“ measure the widening of the fissures and the displacement of boulders. Temperatures are measured at various depths in the rock face, as well as on the surface.

Inclinometers and GPS sensors permanently check how much larger rock partitions as well as the whole mountain ridge are deforming and gradually tilting towards the valley. In recent years the researchers have added equipment for measuring acoustic emissions and microseismic data.

Better understood is now the freezing and thawing processes on the mountain: In winter, many micro-cracks and fissures are filled with ice and sediment, and this mix is frozen rock-hard; when this thaws in the summer, the bonding in the fissures changes. The freely vibrating rock mass enlarges, and as a result the resonance frequency decreases. The reverse is happening in winter: the resonance frequency of the rock mass increases.

„Very abrupt changes in the pattern of these resonance frequencies would indicate that the stability of part of the rockface has changed,“ Jan Beutel, Senior Researcher at the Computer Engineering and Networks Laboratory of ETH Zurich says. If the frequencies drop, it may mean that existing fissures have deepened or opened up possibly indicating an emerging rockfall of a sizeable mass.