Are deep ocean sediments a „seed bank“ for the diversity of life? 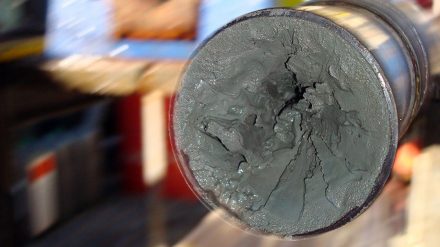 A diverse group of bacteria called Firmicutes have a bacterial superpower: When facing tough times, they transform into seed-like endospores and go dormant until conditions improve, sometimes for millions of years. Endospores don’t need nutrients and are resistant to UV radiation, hot and cold temperatures, and dehydration. Even in the deep ocean sediments they can be found all over the world.

In a new paper in Science Advances, an international research team reports that the number of endospores in ocean sediments is similar to the number of slow-growing „vegetative” cells, and they become more dominant with depth. Typically, endospores are smaller than vegetative cells and are encased in several protective layers.

„Globally, endospores might be as abundant as vegetative cells, which is something that we didn’t expect,” said Dr. Lars Wörmer from MARUM – Center for Marine Environmental Sciences at the University of Bremen, Germany. „I think this was a piece that was missing in our understanding of the deep biosphere.”

Based on the new finds, the researchers estimate that the top kilometer of ocean sediments worldwide holds between 25 and 190 octillion endospores, which represent about 4.6 to 35 billion tons of carbon. The biomass of endospores may even be larger than that of vegetative cells in the sediments, which they estimate to be 1.2 to 1.8 billion tons.

The youngest sediments had the greatest abundance of endospores, with the numbers decreasing with depth. The top endospores likely washed in from land or settled out of the water column. In sediments older than about 10,000 years, however, the numbers decline more slowly, suggesting that after thousands of years, only the hardiest endospores have survived and they’re in it for the long haul.

The researchers suspect that these older, tougher endospores exist as a „seed bank” in the deep sediments. Just like a plant seed bank, this reservoir of endospores can preserve genetic diversity until they encounter a more favorable environment where they can reactivate and reproduce.

Now that researchers have identified this formerly invisible population as a major component of the subseafloor biomass in sediments, they’ll need to determine what, if anything, they are doing there.

Next, Wörmer plans to investigate the ecological role endospores play in the environment and how often they come out of hibernation. „We have quantified them,” said Wörmer. „Now we have to ask ourselves, What are they are contributing to the deep biosphere?” 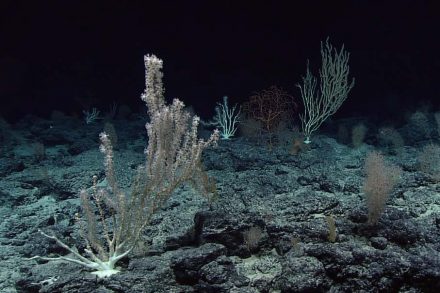