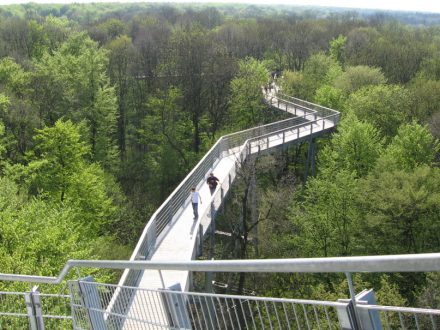 The name of the new digital technology is Blockchain. It offers interesting aspects for the stone branch, i.e.: whereas some will see it as a valuable tool for commerce, others might look at it with skepticism and see it as a threat for their business model. Last year, Carrara’s Chamber of Commerce was one venue where the concept was presented by local companies.

The name „Blockchain“, perhaps misleadingly, might be construed to imply affiliation with natural stone blocks. In truth it describes a method of collecting data and determining provenance of stone with no break in the chain of evidence.

But that’s not all: the entire chain of production, e.g.: from the raw block of marble to the slab and finally to the windowsill can be traced.

So: the end consumer can inquire via an app where the marble for his windowsill originated.

True, this scenario is futuristic, and it is not certain, that this is what the software will render.

But the basic idea is ancient: originally raw slabs or blocks were tagged with a handwritten sticker. Today this is done with bar-codes, RFID-tags or QR-codes.

Digital „license plates“ are still part of the Blockchain system. But the identification is dynamic. I.e.: each new stop is registered in the databank and becomes part of the tag.

That would seem to imply bureaucratic effort: someone must, after all, enter the data in the system at every step of the way.
Some branches see an opportunity in this form of registration. The diamond industry, e.g., hopes to use Blockchain to document the provenance of the gems beyond the shadow of a doubt to ensure that illegal diamond mining and production have no future and dubious traders have no foothold.

Even the auto manufacturer Volkswagen has taken up the subject: with project Mine Spider the lead imported from the Republic of Congo for production of automobile batteries will be traceable.

This is another distinguishing factor of Blockchain: not everyone has access to the software and all data, e.g. to the particular supplier. This is guaranteed through the use of various data banks. The data banks are accessed in a chain work – thus the name – depending on authorization – thus the name.

Social and ethical organizations are right on top of the subject, what with efforts to quash child labor and uphold a minimum of labor standards: a palate of goods certified by the supplier will generate a label which accompanies the goods all the way to the consumer.

For headstones the technology is also particularly important.

But it remains to be seen if Blockchain is adopted by enough companies to make it the standard.

Here are the relevant aspects for the stone branch in a nutshell: „It’s all about transparency“, says Marc Aßmann, specialist for these topics at Franken-Schotter Company, Germany. We discussed the subject with him:
* Provenance and production sites are verifiable;
* Renaming a product will become impossible, i.e.: country or region of origin cannot be fabricated, nor can a stone be claimed to be of local provenance if this is not the case;
* Remnant stocks or waste can be matched to demand elsewhere;
* Claims will allow a trace back to the site of provenance. This is already the case in the auto industry in the case of recalls;
* Tax authorities are also interested in Blockchain: stone blocks previously declared as faulty can no-longer circumvent weighing stations.

But Blockchain can be tricky if not everybody has access to the data.

The system cannot be implemented all at once. All data must be entered into the system at all stations along the way. This will require much training and convincing of the staff.

In Carrara, Apuana Corporate firm had informed about the system under the name of „MarbleChain“ propagating „tracking of provenance of local products“ to its local affiliated companies. This is where local companies are often faced with plagiarism or products with purported Italian added value.