Exhibition „Atl, Earth, Wind and Fire: Sublime Sensation” in the MUNAL in Mexico City through September 29, 2019 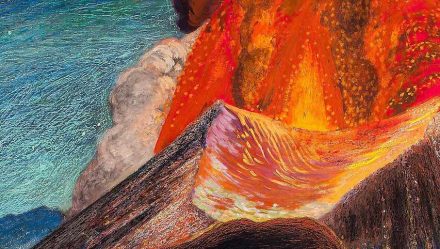 „Atl, Earth, Wind and Fire: Sublime Sensation” is the name of an exhibition showing drawings by Gerardo Murillo Cornado (1875-1964), known as Dr. Atl, in the National Art Museum (MUNAL) in Mexico City through to September 29, 2019. The artist is famous for his depictions of nature in wild volcano eruptions and peaceful farming landscapes.

Murillo was born in Guadalajara in 1875, studied art in his home country and travelled Europe during the early 1900s. He was baptized as „Dr. Atl” which means Doctor Water in the Náhuatl language, for his deep interest outdoors and nature.

One of his passions was volcano eruptions when 6 days after the blast of the Paricutín he arrived at the danger zone and followed the geological process in his paintings.

Details of his artistic career and also of his political life are described in Spanish in the boletín on the webpage of the exhibition. 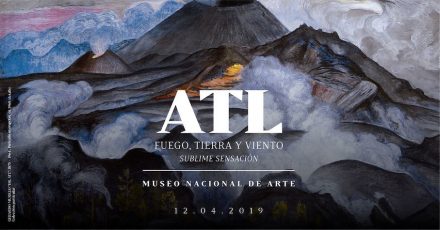