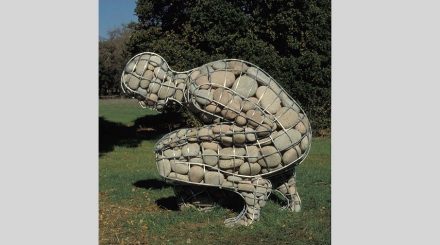 Her gigantic works using gabions have become icons of art

The big phenomena of our world are the ones which rouse Celeste Roberge’s interest: Tectonic movement, forming mountain ranges, and time, passing ever so slowly but in a constant flow. An example are her works, e.g.: with the title „Cairns“: gigantic figures kneeling, striding or in the process of standing upright. Plainly seen, they are gabions, wire mesh containers filled with chunks of stone.

The US-American artist from the State of Maine is one of the very few creative people who use gabions to create sculptures. The various examples in the „Cairns“ series have become icons of this art direction. They are comprised of welded galvanized iron wire. Some of her giant figures weigh 2 t filled with stone. 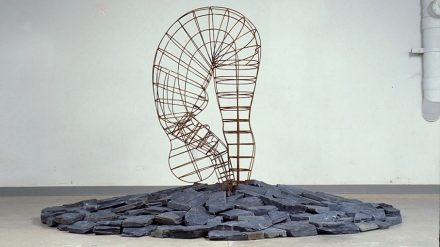 Time, too, is symbolized in the material and design of the objects: they are giants from an archaic ancient past, frozen in action. The radiate something mythical and captivate the beholder.

The transposition is possible in part because of the surrounding landscape: „Cairns“ are stacks of stone placed strategically to facilitate orientation in an open landscape. The indigenous people of the far Northern regions of American Continent know them as „Inuksuk“: large chunks of stone, set up vertically in the tundra sometimes carrying a message. 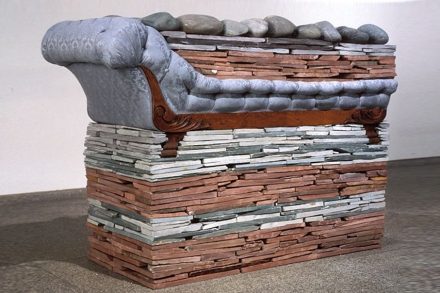 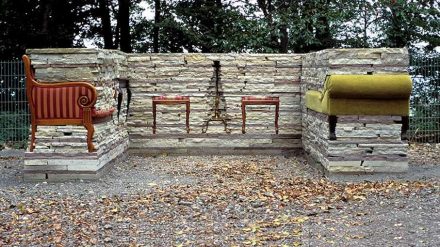 The forces of geology encroach upon civilization in form of her stone „Stacks“. E.g. she built a wall and right in the middle of it, a piece of furniture in form of a chaiselongue. 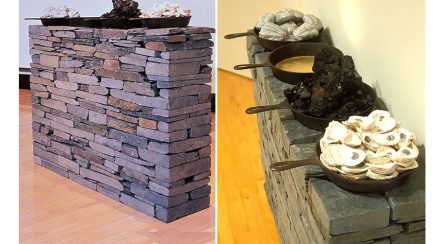 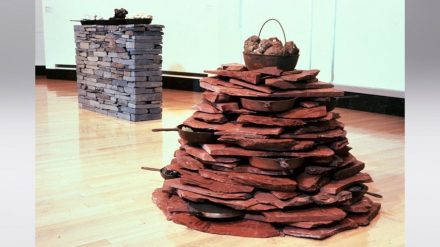 Her series „Stacks for Home and Office“ was inspired by a visit to an abandoned quarry, she writes on her homepage. Here, too, stone is stacked to walls, but they are topped by pots and pans. In them, fossils, shells or pieces of coal rest. She named some „Hearth“ or „Volcano“ – reference to tectonic movement is obvious.

Recently she has been taking a different direction. She reasons that after 22 years as the department head of sculpting at the University of Florida (School of Art + Art History, College of the Arts) and fast approaching retirement, the stones have become too heavy. She now more concentrates on the North.

But always with a view to the forces of nature: during a stroll along the beach after a storm, she came across people collecting seaweed. This fibrous and riddled weed is now one of her favorite materials.

Some of her most recent works bear the natural shape of the aquatic flora in bronze. She shaped small boats.

She is also dedicating some time and effort on other disciplines such as drawing, collages and photography cyanotypes.

And it would seem, that her view is directed toward the world of arctic glaciers and the current changes. „After waiting nearly 35 years for the opportunity, I traveled in June 2019 with thearcticcircle.org along the western coast of Svalbard on an expedition designed for artists.“ Svalbard is a group of islands along the Norwegian North Atlantic coast.

She had spent some time working with glaciers in 2007 already, using glass to represent the ice. With respect to the experience of the latest travels she writes: „I am also pondering how the presence of the glacier can be conveyed sculpturally. Not easily.“

Simultaneously, she scorns herself for not having updated her homepage. 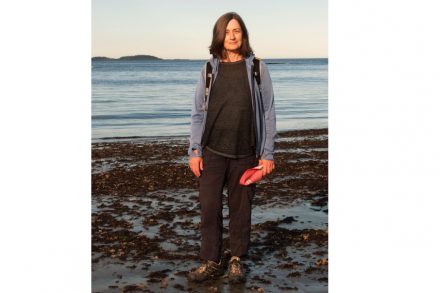