In the past, pyrite (fool’s gold) may have triggered the increase in carbon dioxide in the atmosphere and climate change 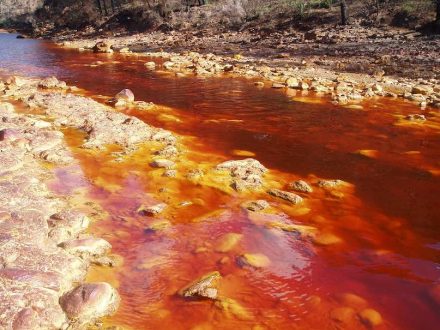 Marum-scientist: During ice ages with lower sea-levels, the mineral was exposed to oxygen which caused chemical weathering and CO2 release

The last 2.6 million years are characterized by glacial cycles, a regular alternation of ice ages and warm periods. It is widely accep¬ted that changes in the concentrations of carbon dioxide and other greenhouse gases in the atmosphere were largely responsible for these natural fluctuations of cold and warm periods. What exactly triggers the increase in carbon dioxide concentrations that causes the transition from a glacial stage to a warm stage is not fully understood. Together with colleagues, Dr. Martin Kölling from the Marum (Center for Marine Environmental Sciences at the University of Bremen, Germany), has developed a new model in which the weathering of pyrite, a common mineral containing sulfur, plays a key role.

Fool’s gold is the colloquial name for pyrite, a frequently occurring mineral that forms golden cubes as a crystal but has a black color when finely distributed in ocean sediments. On exposure to the air pyrite is oxidized and produces an acid, which in turn dissolves carbonate minerals and releases the greenhouse gas carbon dioxide (CO2) into the atmosphere.

Martin Kölling has studied the consequences of pyrite weathering in the context of the sea-level changes that are associated with glacial cycles. His calculations are based on the basic fact that during glacials, sea level was more than 100 m lower than it is today. With sea levels that low, more than 20 million km² of present-day shelf were exposed to atmospheric oxygen.

This may resulted in large-scale pyrite weathering and release of CO2 into the atmosphere, according to Kölling. 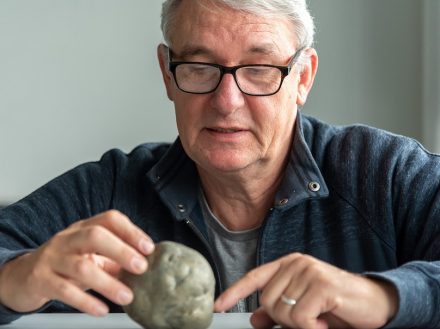 Compared to today’s man-made release of CO2, the pyrite-driven glacial release was a small but significant amount, on the same order of magnitude as volcanic CO2 emissions. „Globally, this is an amount large enough to affect the climate system,“ says Kölling. Especially since those CO2 emissions systematically occurred before the end of glacial periods. „Based on our calculations, we suspect that this process helped to end the glacials“, says Kölling.

For the model, he has analyzed and compared published CO2 levels and sea-level reconstructions covering the past 800,000 years. Except for phases of very low sea level during glacials, Kölling and his colleagues found that sea level and carbon dioxide correlate surprisingly well: If sea level rises by one meter, the CO2 content increases by 0.001 per mille.

Over the past 800,000 years, sea levels have been closely linked to carbon dioxide levels.