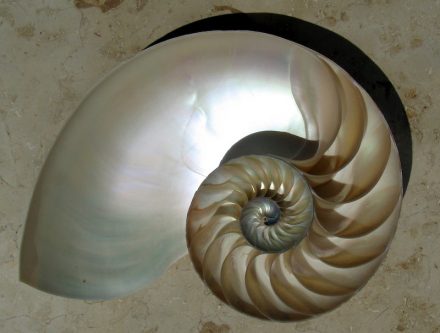 Nacre or Mother-of-Pearl, the rainbow-sheened material that lines the insides of mussel and other mollusk shells, is known as one of nature’s toughest materials. Now, a team of researchers led by the University of Michigan (U-M) has revealed precisely how it works, in real time.

For decades, researchers know the basics of nacre’s secret: it is constructed like a stone wall of microscopic „bricks“ of a mineral called aragonite, laced together with a „mortar“ made of organic material. This bricks-and-mortar arrangement clearly lends strength, but nacre is far stronger than its materials suggest.

A team around Robert Hovden, U-M assistant professor of materials science and engineering, worked together to crack the mystery. Members were also materials science graduate research assistant Jiseok Gim as well as geochemists from Australia’s Macquarie University and elsewhere.

The researchers used tiny piezo-electric micro-indenters to exert force on shells of Pinna nobilis, commonly known as the noble pen shell, while they were under an electron microscope. 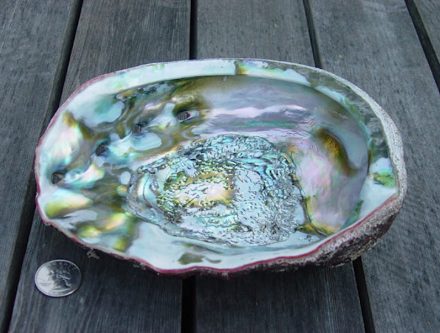 They watched what happened in real time and found that under stress the „mortar“ squishes aside and the tablets lock together, forming what is essentially a solid surface. When the force is removed, the structure springs back, without losing any strength or resilience.

This resilience sets nacre apart from even the most advanced human-designed materials. Plastics, for example, can spring back from an impact, but they lose some of their strength each time. Nacre lost none of its resilience in repeated impacts at up to 80% of its yield strength.

What’s more, if a crack does form, nacre confines the crack to a single layer rather than allowing it to spread, keeping the shell’s structure intact.

Hovden believes humans could use the mussel’s methods to create nano-engineered composite surfaces that could be dramatically lighter and stronger than those available today.
„Nature is handing us these highly optimized structures with millions of years of evolution behind them,“ he said. „We could never run enough computer simulations to come up with these – they’re just there for us to discover.“